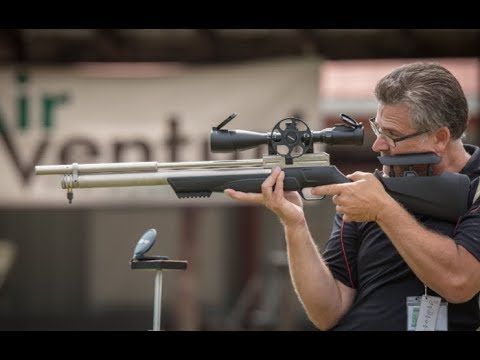 The 2017 Pyramyd Air Cup was a raging success, WITH over 100 competitors fighting FOR top honors! 2018, the 5th anniversary of the Cup, promises to raise the bar yet again with more excitement, great competition, and more prizes than ever before!

Hey guys we're here at the 2017 Pyramyd Air cup in Midvale, Ohio. This is probably going to be the largest field target and air gun competition in the country this year, we have a hundred competitors for the field target, we got a bunch more for the gunslinger. It's gonna be a lot of fun this weekend, we have national champions and world champions, we got everything across the board, lots of shooters. Let's go check it out.

Tom Holland- This is probably one of the premier events in my opinion, in the country. I've been to national championships and some other Grand Prix's, it's the most impressive. What Pyramyd does for the average shooter is amazing, you get to see people you haven't seen in a year or two or even longer, and it's just a great event.

Ray Apelles- I keep coming back to the match because it's just a whole bunch of great people, there's the potential for some winning some really great prizes. That's not the big thing though. The thing is the good camaraderie and the great competition.

Bruce Scott- I am finding the event incredibly fun and well run. The course here is beautiful, the competitors are all extremely nice. I'm having a great time.

Eric Brewer- Overall the event I love it, cover this, that's yeah there's prizes, the benefit of coming here and seeing the people in field target being that the field target community is really supportive and this location and venue is great, it really is. I enjoy it.

Bill Rabbitt- My favorite part of the gun sling is when it's all done, when that last chicken falls over and you can walk away from the lane and calm down.

Alright guys, that about wraps it up for the 2017 Pyramid Air Cup here in Midvale, Ohio. It's been an absolutely awesome weekend of air gunning, we've seen a lot of great gunslinger matchups, gave away some big cash prizes, those winners also saw some great field target shooting with absolutely phenomenal talent and introduced a lot of people to the sport of air gunning. It's been a phenomenal weekend, I want to say thank you to all of our sponsors and all of our staff that helped out over the course of the weekend, give us some incredible prizes. It's an absolutely phenomenal time guys, you definitely need to check it out in 2018. For the full results go to PyramydAircup.com. For the Insyder guys, I'm Tyler Patner, we'll see you next year.