Don’t own a chronograph but still want to know how one airgun compares to another? I have a few ways to do that with materials everyone has or can easily get.

Modeling clay
Let’s begin with the best of all – modeling clay. Get it at a toy store or dollar store. It’s the best inexpensive penetration medium I know of. You can even test powerful guns, such as the Webley Patriot, though it takes about 4″ of clay to stop a pellet from one.

Modeling clay will also show pellet deformation for hollowpoints and wadcutters. And you can remove the pellets and reuse the clay. One tip, though: don’t shoot into the clay right after you’ve “worked it.” When modeling clay is warm from being worked, it’s much softer than when it has rested and assumed room temperature again. You don’t need to pop it in the referigerator, but let it cool to room temperature on its own before shooting into it.

Soap
Soap is a long-time favorite thing to shoot into. Ivory soap was used 50 years ago to prove the power and expansion of the then-new .22 Winchester Magnum cartridge. You can use almost any brand of soap, but the bars with square sides are often more convenient.

A special kind of transparent soap bar lets you see the pellet inside. It’s called glycerin soap and is usually found in the beauty products section of a store. This kind of soap is great for seeing how hollowpoints perform. I don’t know how close soap is to flesh – in terms of density – but at least it lets you test one gun against another or one pellet against another shot from the same gun.

Wood
The final testing medium is as old as little boys and airguns. Wood is a great way to test an airgun’s power, except that it’s hard to find two pieces with the same density. From one board to another, there’s little to compare. I recommend choosing soft pine as your wood of choice, unless you have a good reason to choose another type.

Actually, something very much like wood was used as recently as the 1960s as a formal airgun testing medium. British writers shot at strawboards, which are thin boards made from compressed straw. They set the board up in lines about a half-inch apart and shot through as many boards as possible. At the end of a test, they could tell you that the Webley Mark III shot clean through 17 strawboards, while the BSF 55N shot through 21. It didn’t tell you the velocity, but it did give you a good idea about which gun was more powerful.

So, don’t feel lost because you haven’t bought a chronograph yet. Get out there and test your airguns just the same! 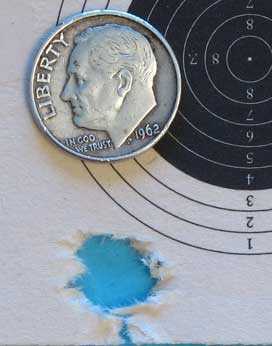 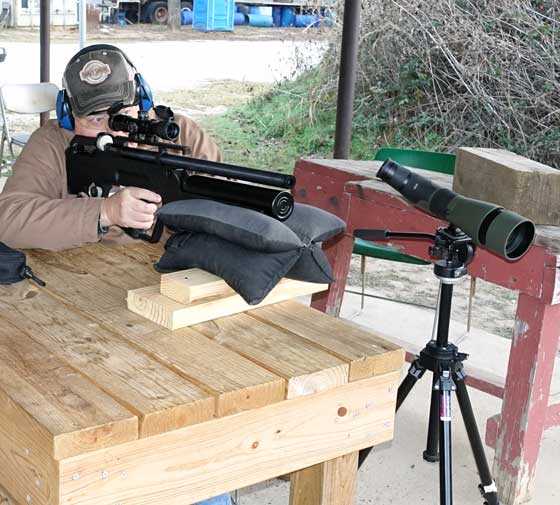