Home > Blog > Education / Training > What IS a red dot sight?

What IS a red dot sight?

We looked at lasers back in the August 11 post, “Spotlight on lasers.” Is a red dot sight the same as a laser, or is it something altogether different? Today, we’ll find out!

Dot sights are related to scopes
Instead of being like lasers that project their lights outward, a dot sight is really more like a scope sight. The dot you see when you look through the sight is invisible to everyone else. That’s because it’s generated inside the sight and stays there.

The first dot sight used no batteries, just ambient light. The Nydar Optical sight projected a dot surrounded by a larger circle as an aim point for shotguns. It was a simple glass plate through which the shooter looked at the target, but the sight elements superimposed themselves on the target if there was enough light. 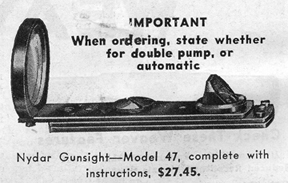 Nydar made the first dot sight for shotguns.

Since World War II, military pilots and tank commanders have used “ghost ring” infinity sights to rapidly direct machinegun fire against area targets. These sights have illuminated circles and pips projected on a glass plate through which the gunner sighted. With no magnification of the target, this kind of sight is very fast when shooting from a moving vehicle.

Several decades ago, the idea was packed into a tubular unit small enough to fit on a rifle or pistol. Because the earliest of these had red light sources, the term “red dot sight” was born. The dot is like the intersection of the crosshairs in a scope, except that it’s illuminated and therefore easier to see against a dark target.

Use a dot sight like a scope
Although most dot sights don’t magnify the target, they’re easy to use because the dot is so visible. Most of the better dot sights have several levels of light intensity so they can be adjusted for the surroundings. Use the dimmest dot you can see easily because, as the light gets brighter, the dot grows in size. The larger the dot, the less precise it will be.

The dot adjusts for windage and elevation just like a scope, so it also has to be sighted in. The strike of the pellet will only be at the same place as the dot for certain ranges. With 800 f.p.s. rifles, sight in at 20 yards and you’ll be on target out to 30 yards. Closer or farther, and you’ll have to hold the dot above the target – just like a scope!

Red or green?
Some of the better sights, like the Leapers 40mm Red Dot, have BOTH a red and a green dot. A switch changes colors for you. Be careful to get the correct mounts, though. The same Leapers sight has an integral Weaver base that will require an 11mm to Weaver adapter to mount on most air rifles. Many dot sights have Weaver or Picatinny bases integral to the sight, so remember that an adapter will be required.

A wide range of prices
Daisy Electronic Point Sight is very affordable at less than $12! Prices go up to several hundred dollars, but those expensive sights are not suited to airguns. The dot sights that airgunners need sell for under $100.

Don’t forget batteries!
Because they’re electronic, dot sights need batteries. They come with the sight, but you have to replace them after about 20 hours of continuous use. Most often they are button batteries sold in discount, camera and electronics stores. Don’t forget to turn off the sight when you’re finished with it, or you’ll run down the battery in a short time.

When to use them
A dot sight is a fascinating alternative to a scope. It’s faster but less precise, so select it when the speed of target acquisition is most important. On a handgun, a dot sight is equal in precision to the best open sights but much easier to see, so handguns are the No. 1 application for these novel instruments. 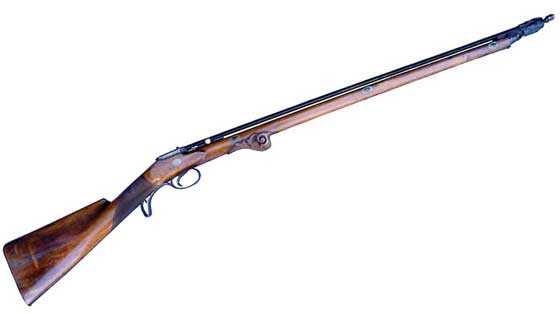 The timeline of airguns