Today, I’ll look at the shooting aspects of the BAM B40 underlever spring rifle. First, however, I want to tell you what I found with the trigger.

Adjusting the trigger
I removed the action from the stock to examine the trigger. It appears to be a copy of the Air Arms TX200 trigger but much cruder. The crosspins are so loose they fall out when the unit is turned sideways and bumped. I doubt this trigger can ever perform like a TX200 trigger without a major rebuild that would cost more than the price of the rifle. So, the question is, can it be used as is? For that, I tried to adjust it. 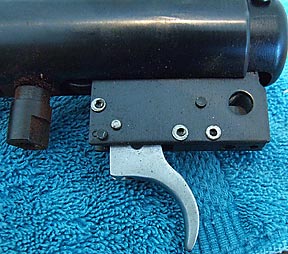 B40 trigger looks similar to a TX trigger, but the workmanship is poor. That results in a sloppy trigger engagement.

There are two adjustment screws, and they do have an effect on the trigger engagement, but nothing I tried gave me what I was after. What I wanted was a definite first and second stage, with a pause between them that could be discerned. I never got it. Instead, the best I was able to achieve after an hour of trial and error was a single-stage trigger with a very light pull and buckets of creep. I doubt it even goes 8 oz., but my trigger pull gauge doesn’t go down that far, so there is no way to tell for sure. My advice is to leave the safety on until you are ready to take the shot. It’s a shame that the Chinese were able to do so well with the rifle and then failed to get the trigger right. Maybe someone out there has learned the secret of how to adjust a B40 trigger, but I sure haven’t.

Firing behavior
The B40 cocks a little harder than the TX, but just as smoothly. The anti-beartrap ratchet works in exactly the same way, catching near the end of the cocking stroke. And one quirk of both the TX and the B40 is that the trigger must intentionally be cocked during the cocking stroke. If the lever doesn’t come back far enough, the ratchet will hold the sliding chamber open and the gun will look like it’s cocked, but you will not be able to release the chamber to slide back forward. All you have to do is pull harder on the underlever and the trigger cocks and the safety sets.

Shooting is still just as smooth as a TX, and that’s after 75 shots on the powerplant. Some guns loosen up after several dozen pellets have run through, but this one doesn’t show signs of that yet.

Velocity
After rereading my first post, I should have tested it with Gamo Magnum pointed pellets, but instead I tried it with Beeman Kodiaks and Crosman Premier 7.9-grain pellets. The Kodiaks gave an average velocity of 833 f.p.s. with a high of 841 and a low of 825. That’s a spread of just 16 feet per second over 10 shots, which is excellent for any spring rifle and unheard-of for a Chinese rifle. I am amazed by the power, too. The energy calculator on the Pyramyd website says that’s 16.34 foot-pounds of energy. By comparison, my well broken-in TX200 delivers an average velocity of 823 f.p.s. with the same Kodiaks. The spread was 23 f.p.s. and the muzzle energy was 15.95 foot-pounds. This is a result I never would have believed if I hadn’t seen it for myself!

In the B40, the light 7.9-grain Crosman Premiers gave an average of 909 f.p.s. with an extreme spread of 22 f.p.s. That’s a muzzle energy of 14.5 foot-pounds. The B40 goes against the common result of light pellets being more powerful than heavy pellets in a springer. My TX averages 933 f.p.s. with a spread of 19 f.p.s. and an energy of 15.27 foot-pounds. Apparently it also runs contrary to the norm with these two pellets.

The next report will be about accuracy. I have mounted a 3-9x Leapers scope on the B40, so both rifles are scoped equivalently. If this Chinese rifle continues to perform like it has, it will be a real airgun value and I will have to eat my words. I’m hoping that happens! 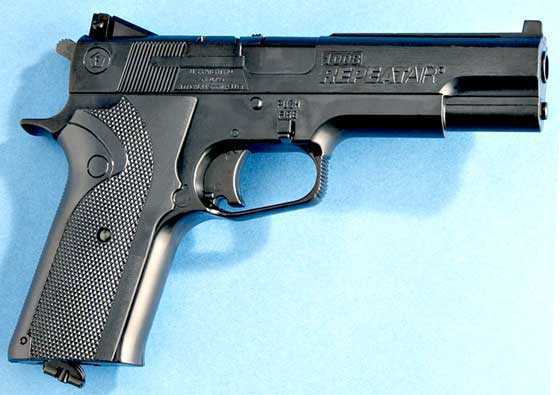 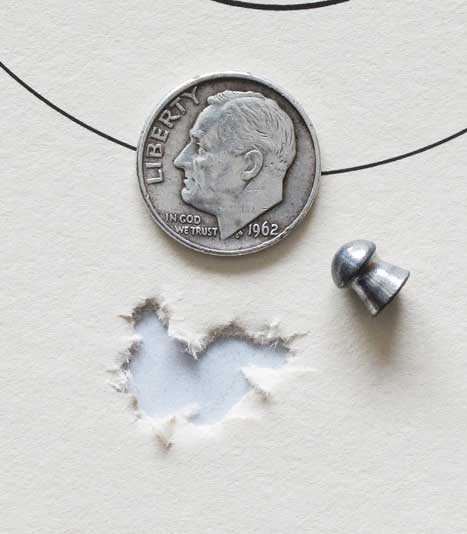