Advice on pellets – for Sharon

First I have to observe that we received a large number of comments on Tom Gaylord’s Wednesday post about abusing a Condor. Apparently, a lot of you have a lot to say about that rifle. Everyone kept a civil tongue, though it was apparent there were a lot of emotions behind those comments. I must observe that the discussion polarized around the same points that always seem to surround AirForce Airguns. Some of you like ’em just the way they are, some wish the company would build them better, some wish the company would innovate more and some believe that the individual owners are doing more to advance the rifles than anyone.

The funny thing is, you don’t see this same kind of intense discussion when Falcons or Loguns are the topic. Then it’s just a discussion of the specifications and performance. That tells me that people are more interested in AirForce guns because of how they are designed and built. The guns have a large following – though not everyone is a supporter. Of course, AirForce guns out-sell other sporting PCP brands by a factor of 10 to 1 or greater in the U.S., so there’s a larger group available to make comments. Still, the mention of the AirForce brand name seems to push hot buttons all on its own.

Okay, today’s post is for Sharon at Pyramyd Air, who specifically asked me to tell you that there are other pellets besides those made by Crosman. She pointed out that I always seem to recommend Crosman Premiers among the few pellets I do recommend, but that Crosman now puts the Premier name on a lot more than just the domed pellets that come in their classic die-marked cardboard boxes.

Sharon also told me she has had a few returns of the die-marked boxes, with customer complaints of damaged pellets. That was a surprise. I have always thought the die-marked boxes of Premiers were the most perfect pellets Crosman makes. They were the finest pellets in the world in the middle ’90s, and I still have a few rifles that get better accuracy with them than any other brand of pellet. But Sharon sees the other side of the order; and if some customers are having problems, I need to take notice.

But, the basic complaint is a valid one. I do talk too much about Premiers and JSBs and not enough about pellets from Beeman, RWS, Gamo and others. So that will change. I’ll start testing guns with Beeman Silver Arrows, which Sharon assures me several of her customers thoroughly enjoy. I’ll try to interest you guys in more than just Kodiaks, Premiers and JSBs.

For starters – try the .177 RWS Supermag
RWS has a heavyweight wadcutter called the Supermag that I often use but seldom talk about. I bought 5,000 several years ago, and I’m still working on them steadily. They weigh 9.3 grains, which makes them a light heavyweight. They’re just enough to slow down the RWS/Diana 34 below 900 f.p.s., where it can really show off its accuracy potential. And, they’re great for the hot Beeman R1 for the same reason, though they may cruise right at 900 in that big bruiser.

Good for hunting
When we think of wadcutters, we think of paper targets, but the Supermag is a great short-range hunting pellet, too. Keep the range under 30 yards, and they’ll really slam your quarry with energy! The flat nose transmits energy to the target almost as well as a wadcutter. Much less chance of over-penetration, for which the .177 caliber is notorious.

At 9.3 grains, the Supermag lives in a region with few other pellets. Medium-weight pellets top out around 8.8 grains, and the heavyweights kick in around 10.2. There isn’t much to choose from at the 9-grain weight range, so these are perfectly positioned as a transitional pellet you can try.

As a final word, I will say that I am not giving up on Crosman pellets. I find the Premiers in the die-stamped boxes to still be superior, if no longer the best in the world. But, Sharon was right to point out that I oversell them to the exclusion of many other fine pellets.

Gimmicks — what works, what doesn’t and why? 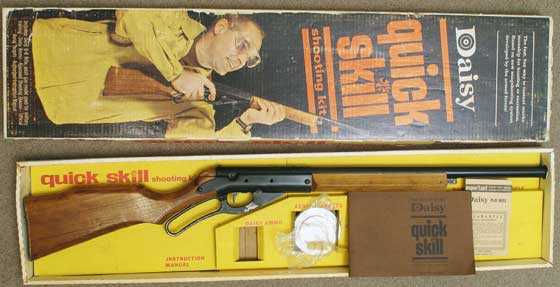