Clean the bore
It’s back to Beeman’s dual-caliber RS2 SS1000H today. The first step before velocity or accuracy testing is barrel cleaning, if at all possible. I don’t clean those rifles whose designs make the barrels difficult to access, like the Gamo CF-X or the TX200 Mark III, but breakbarrels are pretty easy to get at, and a rifle whose barrel comes off has got to be the easiest! So, out comes the JB Non-Embedding Bore Cleaning Compound,eddie and it’s 20 strokes through the barrel in both directions with a new brass brush. For a complete explanation of what I do, read this post. Pyramyd Air doesn’t have any .177 brass brushes in stock as I write this, but there’s nothing wrong with using a brush bought at Wal-Mart or a gun store. Nylon brushes are not good for this procedure, and .17 caliber firearm brushes will work in .177 pellet guns, as .22 caliber firearm brushes will work in .22 pellet guns. The brushes are tens of thousandths too large for the bore, so we are not looking for a precision fit.

What pellets should we choose?
This is a spring gun, which we know from experience usually does better with light- to medium-weight pellets. By “better,” I mean it produces the most muzzle energy, which signifies the greatest transfer of energy from the spring-driven piston to the pellet. And, if it has a gas spring, the same thing is true, because compressed air is also a type of spring. The greatest energy transfer means the least piston bounce, so that is what we look for when picking pellets for spring guns. However, after finding a range of good pellets that fall into the same general power level, accuracy testing will nail down the one best pellet for that particular gun. As long as the rifle is performing within a reasonable range of power, getting the last tenth of a foot-pound isn’t as important as hitting the target, which is what this whole drill is about.

Install the barrel
After the barrel is clean, it’s installed on the rifle. The stub slides into the baseblock and a single cross-screw tightens it in place. As the Allen screw is tightened, it seems to draw the barrel in tighter to the baseblock. After the screw was tight, I could not detect that the barrel was separate from the gun. It felt just like any breakbarrel. 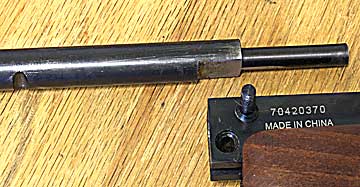 Barrel stub slides into the base block and the cutout on the barrel (left side bottom) aligns with the screw hole. When the Allen screw tightens, it seems to draw the barrel up tight. It’s quite easy to do.
Initial impressions
The rifle cocks with relative ease, at 30 lbs. of force. Cocking is smooth and quiet. And this rifle fires with very good behavior for a new airgun. It is so smooth that I believe the powerplant components are fitted pretty well. The two-stage trigger, which is very positive, by the way, breaks at 3 lbs., 12 ozs. It has some creep in the second stage, but feels pretty nice.

Next, I tried the Beeman Trophy. It weighs 7.9 grains and averages 901 f.p.s. without any pellets going dramatically slower. That is 14.24 foot-pounds. It also loads loose in the breech.

Beeman Kodiaks weigh 10.6 grains and average 806 f.p.s. – also without any slower shots. That’s 15.29 foot-pounds – a shock for me, based on my past experience! They also load very easy.

Beeman Ram Jets averaged 850 f.p.s., but were all over the place in velocity, ranging from 822 to 880. They weigh 9.8 grains, which makes them a heavier pellet. At 850, they deliver an astonishing 15.73 foot-pounds. The way they load may present a clue to their bizarre performance. They fall into the bore, but the skirt is flared so wide that they will not go all the way into the breech. A seating tool would have been a help.

JSB Exact lightweight pellets (8.4 grains) averaged 937 f.p.s., but they had a single slow shot at 722. Taking the average of 937 (the slow shot wasn’t calculated into the average) they put out 16.38 foot-pounds and are the power leader in this test.

What’s happening?
Clearly, the rifle is dieseling significantly at this point. I cannot trust any of these numbers, even though several pellets only had a 10 foot-second spread from the slowest to fastest shot. Here’s what I’ll do. I’ll try all of these pellets for accuracy next, because clearly the heavier pellets are not having a problem in this gun. Then, I’ll test the .22 barrel for you, and, after all is finished, I will return and re-chrono the gun with these same pellets. By then, the powerplant will have several hundred shots on it, and the dieseling should be under control.

The heavier pellets tested were in the same ballpark for power, while the lighter ones (except the Raptors) gave LESS power, which really surprises me. Only the JSB Exact, which is on the high side of light for this test, had any power for a lighter pellet. I really thought the heavy pellets would have a lot less energy. I hope when I test again that I’ll be able to make more sense of the numbers, because right now I don’t trust them.

I didn’t expect that I’d like this rifle, but my first impression changes all that. It’s smooth, light to cock and the trigger is very usable. The changeable barrel is rock-solid when installed, so no problem there. You’ll recall that I liked the look of the package in the first report. Let’s hope the good news keeps right on coming! 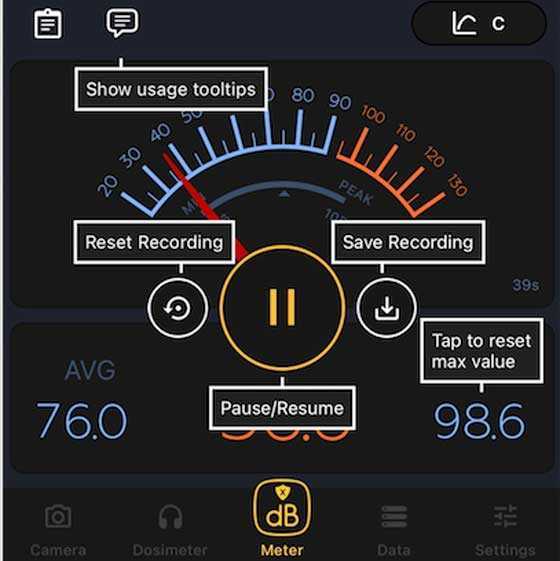