There’s been a lot of interest in this series. I had to set it aside while I was at the SHOT Show, but now we’re back on track. Today, I’ll take a look at the affordable rifles for 10-meter competition. This segment is so large that I broke it into two installments, so the rest will be posted tomorrow.

A broad range of prices!
Because the true world-class 10-meter rifles have now all climbed up to and over $2,000, the range of guns in the budget category has become very broad…almost to the point of confusion.

For example, if you’re affiliated with a CMP or NRA-sanctioned airgun club, Feinwerkbau and Beeman have joined forces to offer the FWB P70 Junior for under $1,000. I would guess that the new P700 Junior will be going the same direction. That makes it a “budget” 10-meter rifle, a class that also includes the Daisy 853 and the Crosman Challenger 2000. It’s not a fair comparison, because the two FWB junior rifles are really world-class, while the two American guns are the anchors of the true budget class.

Between the top and the bottom, but closer to the bottom, are rifles such as the Tau 200, the Alfa Proj, the Air Arms S200 Target and so on. The S200 Target actually cannot be used in NRA or CMP 10-meter competition because it’s too powerful. At 12 foot-pounds, it has double the power (and 250 f.p.s. more velocity) of an Olympic target rifle.

And, then there’s the Air Arms S400 MPR, a rifle with true 10-meter power and features but priced at the $1,000 mark. It has to be lumped in with the budget rifles because you’ll never see one in world cup competition. It lacks the sophisticated ergonomics shooting competitors demand at that level. They’ve been seen in the Sporter Class events, but only on rare occasions. For a private individual who wants to shoot a target rifle but doesn’t want to compete, however, the S400 MPR might be perfect, because it has everything an Olympic target rifle has, other than the ergonomics, at $1000 to 2000 less.

The true budget class – under $500
The NRA defined budget-class 10-meter rifles for us when they defined what they (and only they) call the Sporter Class. This class is intended to be an entry level for young shooters, and the NRA maximum price isn’t hard and fast. The rationale is to keep the sport affordable for kids, and I have to applaud that. Also, in NRA 10-meter competition, the shooters of all classes shoot in three different positions – standing, kneeling and prone, rather than standing-only of international competition.

I don’t know if I’m making this point clear, so let me say it here: there are budget 10-meter target rifles and then there are rifles that have been approved for use in officially sanctioned matches run by the Civilian Marksmanship Program (CMP) and the NRA. When I refer to a Sporter Class rifle, I mean one that has been officially accepted for such competition.

AirForce Airguns recently had to become familiar with the official and unofficial requirements for a Sporter Class 10-meter rifle because their new Edge will compete in that class. You had better get familiar with some of them, too, because the guns in this class are built to satisfy these requirements. 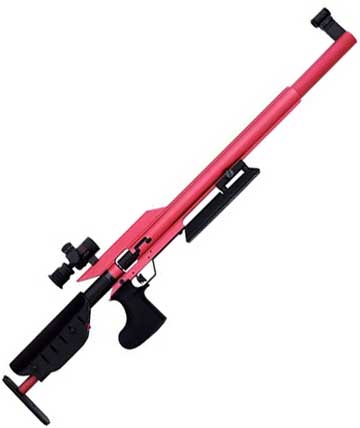 The Edge from AirForce will compete in the Sporter Class. It has more features than are usually seen at the under-$500 level (club price), where it’s expected to be. The rear aperture sight is brand-new, American-made and affordable!

Trigger – You’ll not find any sub-pound triggers on Sporter Class guns, though there can be some very light ones in the budget category. The guns with light triggers are simply not permitted to compete in sanctioned matches. That and price are what differentiate the Sporter Class guns from the rest of the budget guns. So, a Daisy 853, which just about owned the Sporter Class when it was started, will have a heavy trigger. As it comes from the factory, I’ve measured them at over 4-lbs. pull; in competition, they’re slicked up and lightened. At the lowest limit permitted in competition, the rifle trigger must be able to lift a weight of 1.5 lbs. and not fire.

Sights – Gamo switched the manufacture of their diopter rear sight from Spain to China and lost credibility among America’s shooting coaches. The word on the street right now is to buy Crosman diopters instead of Daisy or Gamo because they’re still sourced from Spain – but that could change at any time. And, you cannot tell any of them apart ina a photograph. You have to have them in hand and check the mechanisms to know for sure. Where the HW50 Diopter fits in is anyone’s guess! The rear sight is one area where the buyer has to be careful, because once Daisy and Gamo started sourcing their sights from China, everyone became confused. 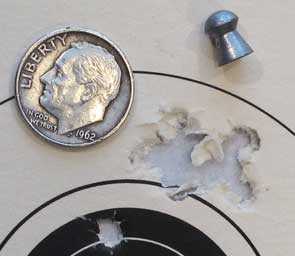 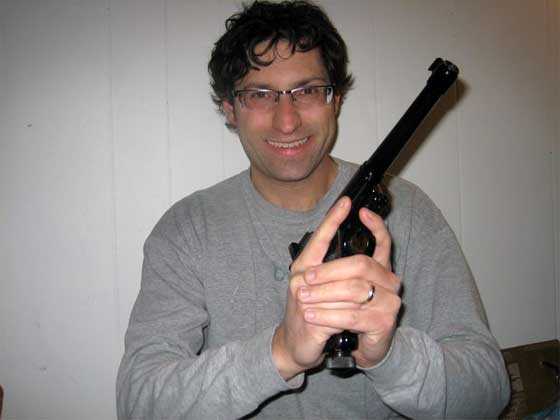