In the first report, I told you this sight set is the Edge sight set, but that was incorrect. The front sight in this set is not the same sight that’s on the Edge rifle, though the two look similar at first glance. How they differ is the subject of today’s report.

The photograph on the Pyramyd Air web page is one of the actual front sight used on the Edge. What I’m showing you here is a pre-production prototype that will become the front sight of the set when it’s released by AirForce in a week or two. After today’s blog, you’ll understand why the difference is important.

I also tricked you when I showed you the photo of the front sight in the first report. It was turned backwards, so you couldn’t see what makes it special. 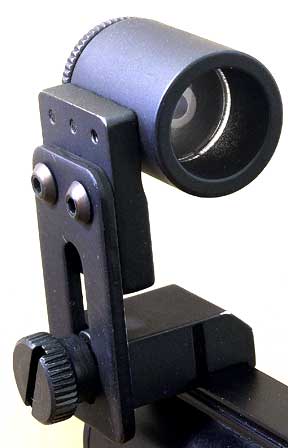 Here are three pictures that are worth a thousand words. 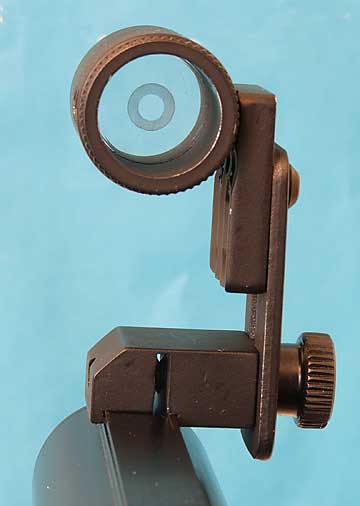 Globe is elevated as high as it will go. 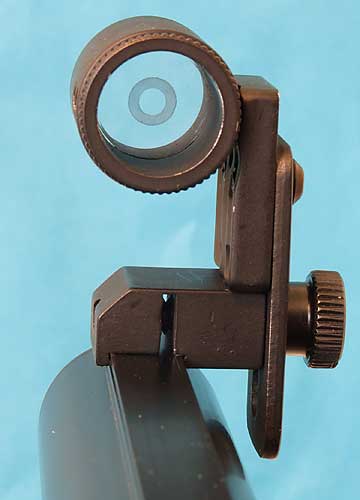 Sight elevation leg is adjusted as low as it will go in this configuration. That puts the globe at a medium height. 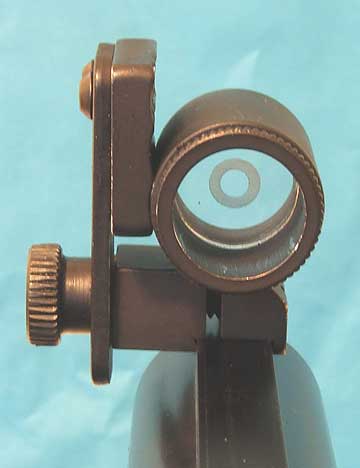 Sight elevation leg is on the opposite side and the plate that holds the globe has been turned sideways. Globe is now as low as it will go.

Adjustability
These three pictures portray the broad range of adjustability found in this front sight. You’ll notice that not only can the globe be raised and lowered on the long post at the side, the plate that carries the globe also has grooves that allow it to be positioned high and low on the plate. Plus, the plate can be turned sideways for more mounting options. And, as I show in the last picture, the plate can be swapped to the other side of the sight, where all the elevation possibilities are also available.

For all these globe locations, the aperture will remain centered over the barrel. You can adjust the globe up or down to fit any gun you put it on. Don’t be fooled by the offset split in the sight base–the center of the globe is directly above the center of the 11mm base.

The transparent aperture is a proprietary AirForce size. They will offer different apertures, as well as a set of graduated sizes as an option.

What does it fit?
To use this sight, your rifle must have dovetails set 11mm apart. Just because there are dovetails on the muzzle of your gun, don’t assume they’re 11mm apart, because many are not–especially on sporting rifles. The dedicated target rifles, however, often do have 11mm front sight bases, but always check before you buy.

What about the Edge?
I told you that this sight is not the one that comes on the new Edge target rifle. The reason is the Edge is always set up the same way, so its front sight doesn’t need to adjust up and down. This sight is made for rifles other than the Edge, where the correct sight height will have to be established.

In the next report, I’ll look at the rear aperture sight.