Okay, I’m in Arkville, New York, in the Catskills filming The American Airgunner as you read this, but I tested the Umarex Makarov at home last Thursday before flying here. I hope I demonstrated that I can shoot with the Air Arms Alfa pistol test. Since the Mak is a BB pistol, I’m testing it at 15 feet, which is my standard distance for smoothbore BB guns.

One of our readers asked me to compare this Mak’s accuracy to the Baikal Mak, but I think that’s too much of a stretch. So, I’ll just test this pistol by itself today. If whoever it was will remind me in a couple weeks, I will do a whole separate report on the other pistol, because I think that’s the best way to do it.

Getting right to it!
In my experience, BB pistols are not accurate airguns. The only two I have been impressed with are the Tanfoglio Witness and the SIG SP 2022. Fifteen feet is so close to the target that I have to use a much smaller bull to simulate the proper distance (10 meters for me) and it’s so heartbreaking to miss the black from that close. So imagine my surprise when I saw the first group! 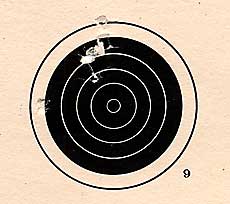 That shot at 9 o’clock is not a called flier, but…my gosh! That is a great group from a BB Pistol! Five shots at 15 feet with Daisy BBs.

I was hoping to stay within 1.5 inches, and here I had just fired a 1.113″ opener. It boded well for the gun. Additionally, except for the one shot, all rounds are centered. I used a 6 o’clock hold, shooting one-handed.

Three groups later and I broke one inch! 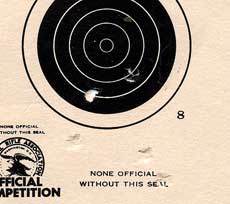 The sights were hard to use because of glare. Had the range been lighted better, I believe my groups would have benefitted. But my final group, which was UNDER three-quarters of an inch, shows I was able to compensate! 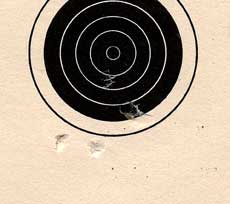 I shot several groups two-handed but couldn’t equal my one-handed groups. The glare from the sights was worse when they were closer to my eyes, so the two-hand hold suffered.

I also tried a group double-action and the pistol actually helped me shoot. The way the trigger stacks at the end of the pull assisted in steadying the sights. The group was almost 1.4 inches, but it was well-centered on the bull.

Bottom line
If all the Umarex Makarovs shoot like this one, my advice is to run, don’t walk, to buy one as soon as you can. Only the Tanfoglio shoots close to this well, and this one is all-metal. My thanks to JB at Umarex USA for providing this pistol. 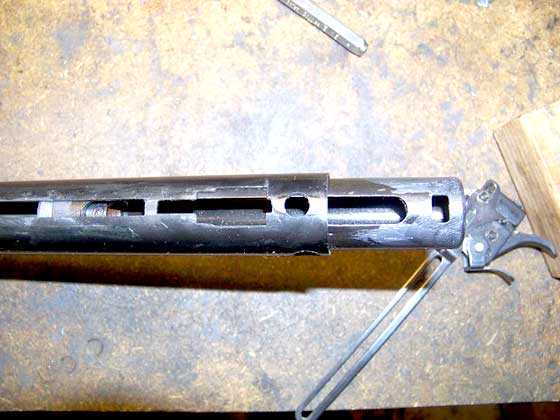