I’m doing this report for Slinging Lead so he can see what the inside of his TX200 looks like. The work to disassemble and take photos took a total of 30 minutes, so that will be how long a disassembly should take after the first time.

Four screws hold the action in the stock. Remove the two forearm screws first, then flip the rifle on its back and remove the two triggerguard screws. No special order for this. Next, separate the stock from the action. 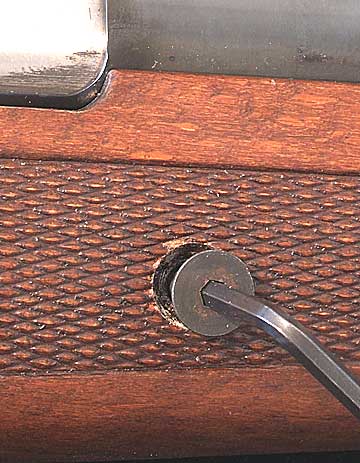 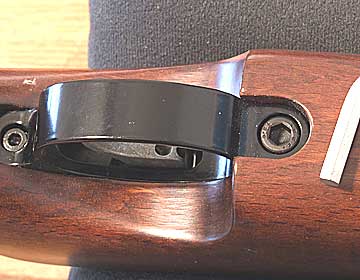 The triggerguard is held by two different-sized screws. The back one is the same size as the stock screw, but the front one is larger. 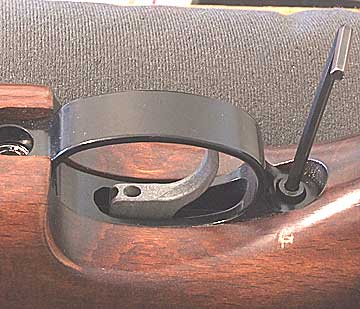 When the last stock screw comes out, the action will separate from the stock.

The action is out of the stock.

Step 2- remove the restraining bolt
In this step, you’ll take all the preload tension off the mainspring. The trigger housing will be pushed backward about three-quarters of an inch. This is the step where a mainspring compressor is needed for most spring rifles, but not for the TX200. 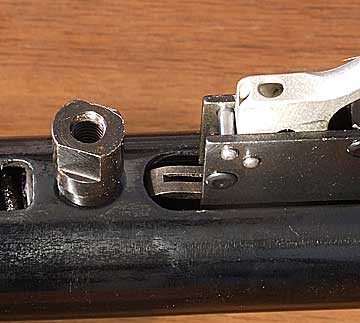 This bolt in front of the trigger housing is what holds the action together. It has a flat on either side to accept a wrench. 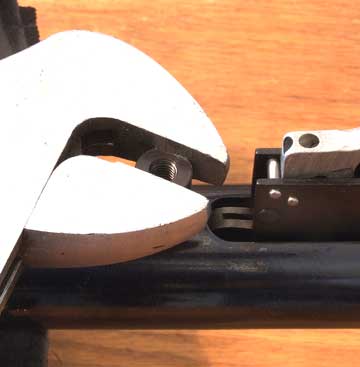 You don’t need a 12-inch Crescent wrench like this to start the bolt. It was simply handy. 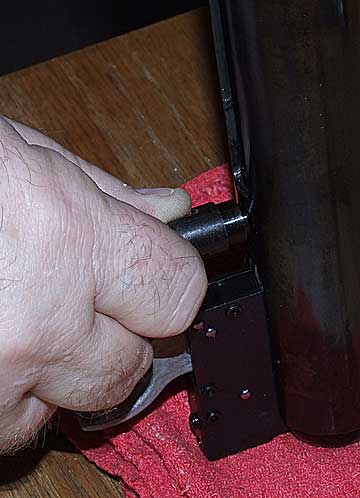 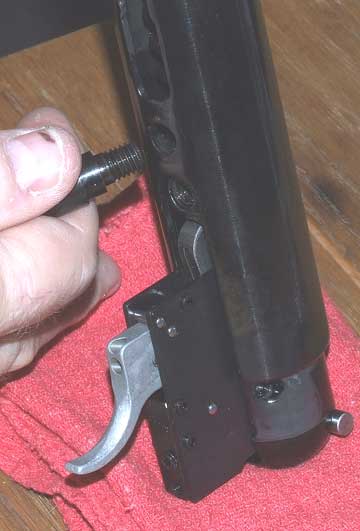 When the bolt releases, the trigger housing will move backward about 3/4″. It’s under 15-20 lbs. of force. To show this movement, I relaxed tension on the action. 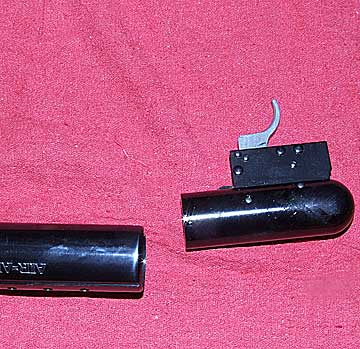 The trigger housing slides straight out the back of the gun.

The mainspring and spring guide with washer comes out next.

Step 3- slide out the piston and you’re done
The next “step” is really just a continuation of what we’ve been doing. The piston is not held in the gun by anything at this point, but I’m showing you how to push it out with a small screwdriver. 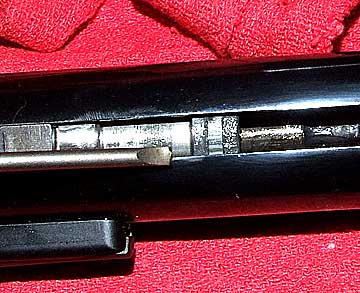 I’m showing where to push with a screwdriver blade to slide out the piston, but nothing holds it in. It’ll come out all by itself. 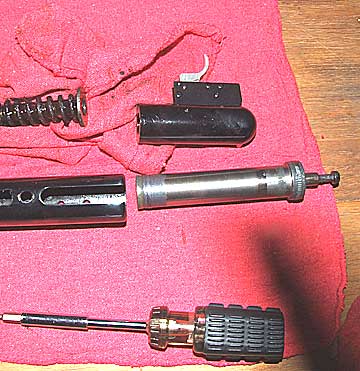 And there’s the piston.

One more thing
You can do a mainspring replacement, a lube tune or a piston seal replacement with just this much disassembly. There’s really no need to go any farther. However, the sliding compression chamber will not come out of the gun at this point. One more thing must be done to take it out. 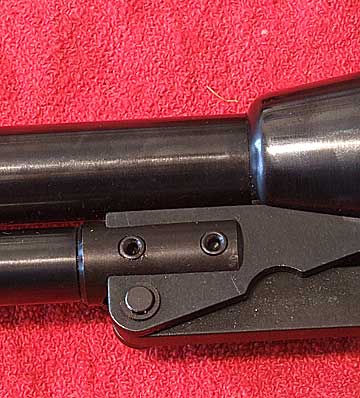 This is where the underlever is attached to the cocking link. That circular pin near the bottom center of the picture needs to come out if you want to remove the sliding compression chamber. The pin has a circlip on either side. Pop off one of them and push the pin out the other way.

When the link is separated from the underlever, it’s possible to slide the compression chamber to the point at which the cocking link can be disconnected from the sliding chamber. I have not gone that far here and doubt I’ve ever taken the chamber out of this rifle because there’s just no need to.

Please don’t start sending me lists of other airguns you want to disassemble. The TX200 is so simple that I didn’t mind showing it here. Other guns can require four times the work to achieve the same goal. The ironic thing is that the TX is one of the few airguns that ever need to be disassembled in the first place.

Assembly
Yes, I’m going to tell you to assemble the rifle in reverse order because there simply are no tips needed to put it back together. Naturally, you’ll have to press down on the action to get the bolt hole in the trigger housing to align, but isn’t that obvious? Once you’ve done this job yourself, you’ll agree with me. 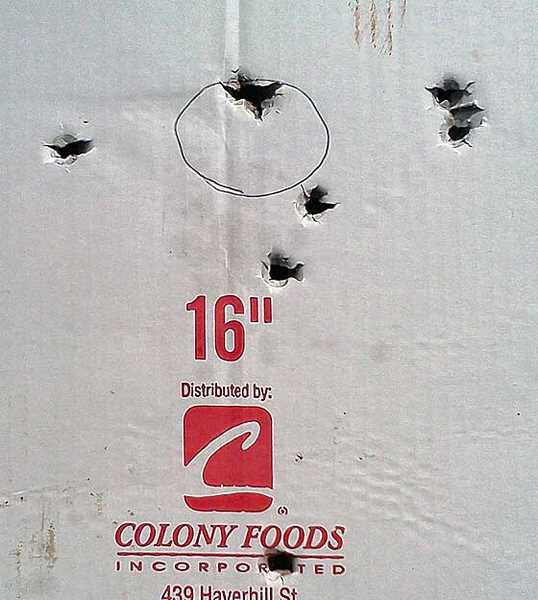 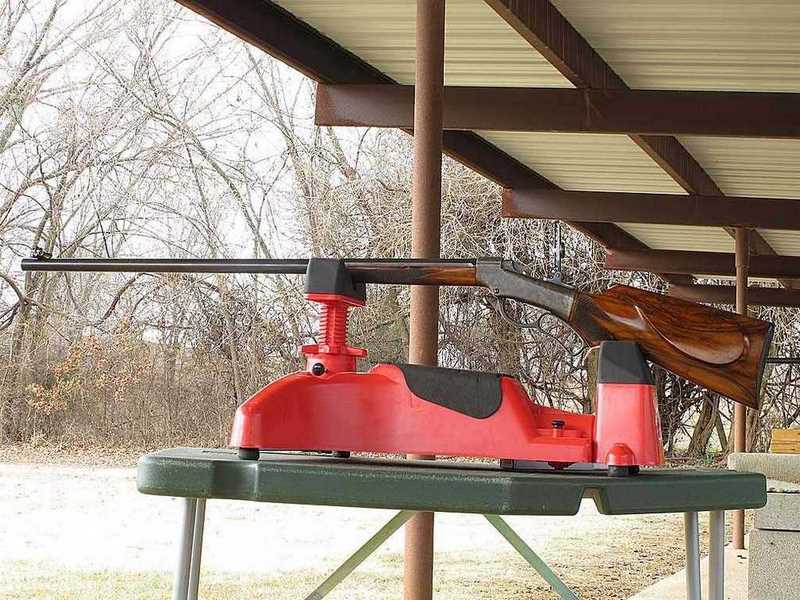