One of our readers asked if we would test the Gamo Whisper CFR underlever air rifle, and I asked Mac to do it for you. That was a couple months ago when I was unable to cock a spring gun. In the meantime, I’ve grown stronger and now I’m able to cock most springers that are easier to cock, so I’ve started testing the BSA Polaris, which is another underlever that has the strong look of its Gamo heritage. However, these two rifles are not different versions of the same airgun. Despite their similarities, there are significant differences between them.

The Whisper CFR is an underlever spring-piston air rifle. It’s currently available only in .177 caliber. It has a synthetic stock with an open thumbhole pattern and an adjustable cheekpiece. Although it comes with fiberoptic open sights, front and rear, it also comes with a 4×32 scope and rings. 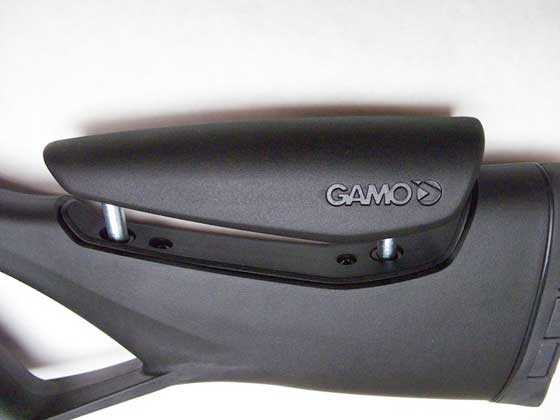 The cheekpiece is adjustable for good eye relief when using a scope.

Mac commented that the fiberoptic sights are smaller and sharper than others he has tested. They also adjust with crisp clicks. he was unimpressed by the scope that comes with the rifle, but we’ll learn more about that in the accuracy report.

Gamo advertises the rifle as capable of 1,100 f.p.s. with non-lead PBA pellets, so I would imagine the velocity with lightweight lead pellets will be in the 900 f.p.s. range. The rifle features the same rotary breech that’s also found on the Polaris, which makes this a safer rifle to load than guns with sliding compression chambers. 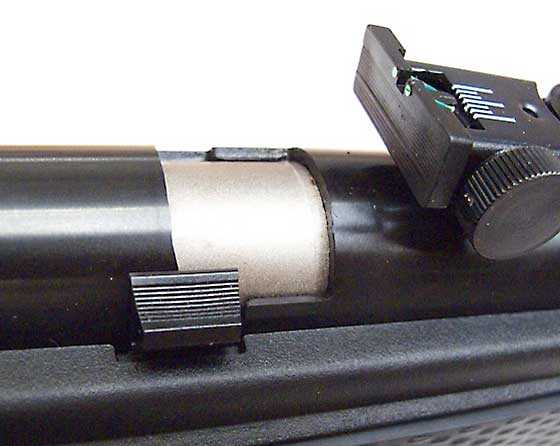 The rotary breech works like the breech on the BSA Polaris. The piston must be withdrawn before the breech will open. 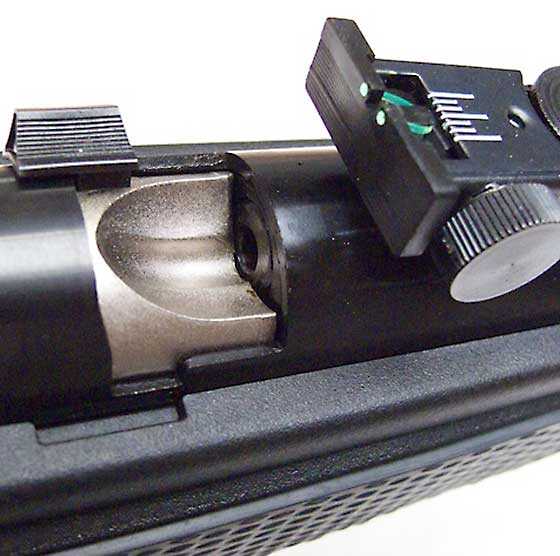 Once open, the breech provides a groove to guide the pellet into the end of the barrel.

The rifle is large, at 46.85″ long, but relatively lightweight, at 8 lbs. even. It feels lighter. The stock is synthetic, with rubber panels that serve the same function as checkering. The length-of-pull is a long 15 inches.

The cheekpiece is adjustable with about an inch of travel. Mac found it could be tipped forward and back, though he doubts that was part of the original design.

Being a Whisper, the rifle has a baffled muzzlebrake built right on the end of the muzzle. It reduces the sound of the report that comes from the muzzle, although shooters will still hear the powerplant noises through the bones in their cheek.

Mac also felt the arc of the underlever was too large to be dealt with easily. I’d reported that the Polaris cocks easily, and both rifles have the same amount of travel for the lever. The difference is in the effort required to cock the rifle. I measured the Polaris at just 26 lbs. maximum effort, while Mac measured the CFR at 40 lbs. That 14-lb. difference apparently makes all the difference in the world. 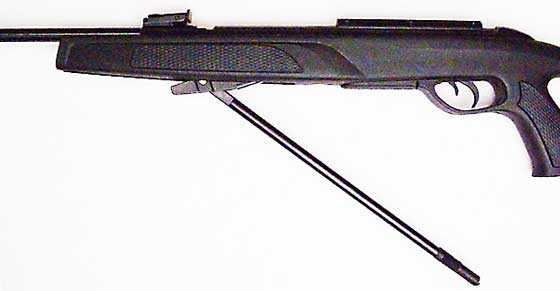 Just like the Polaris, the CFR underlever comes way back, but it takes considerably more force!

It’s interesting to see Mac’s reaction to this new rifle, because I’ve been associated with it for many years, except for the Whisper addition. Mac is showing me many things I never saw when I reviewed it, plus he’s proven that it’s not just a rehash of the Polaris or of the older Gamo CFX.