Why do shot groups move?

I couldn’t fit the entire question into the title, so here it is:

Why do shot groups move from side to side when the scope setting doesn’t change?

This question does not include different pellets impacting at different places on a target at the same range, which is caused by the individual flight pattern of each type of pellet. However, I’ll address that question before moving on with the first one.

Today’s question was suggested by Jay in VA, who really wants to know why different pellets or bullets shoot to different places, with respect to left and right. Jay, that’s caused by how each pellet or bullet is stabilized. Back around the turn of the 20th century, Dr. F. W. Mann conducted an experiment in which he locked a barreled action in a 3,000-lb. vice (his “Shooting Gibralter” rest, a concrete pier sunk 40 inches below ground level and extending about 30 inches above, and fitted with a cast iron lockdown rifle rest) and then fired the “gun” at 100 yards in still air. After each shot, Dr. Mann rotated the barreled action 90 degrees, until he had shot it in a complete rotation. His lockdown mount was constructed to allow this rotation, so the barrel was never unlocked from the rest.

So, if the SAME barrel shooting the SAME bullets shoots to four distinctly different places, depending on how the barrel is rotated on its axis, how do you think it will do when different bullets are used? That’s right, different points of impact. It has to do with the projectile’s rotational stability and the bullets finding their own path (trajectory) once they’re free of the confining restraint of the barrel. We might like to think that bullets travel along a precise path, but it isn’t always true. Sometimes, they have to diverge to the path that’s dictated by their own inherent stability. Archers know this more than riflemen, because arrows have their own independent flight rules and the experienced archer learns what each arrow wants to do.

The real question
But that isn’t the question I want to address today. I want to talk about this: When a scope is sighted in at one distance, it will shoot to the left or right of the point of aim at a different distance. There are two main reasons for this.

Unstable flight
The first reason for this is the fact that some pellets spiral in flight. In other words, as they travel downrange they don’t remain on a straight line; rather, they travel in a spiral that goes in the same direction as the spin introduced by the rifling. A righthand-twist barrel can produce a pellet that flies with a right-hand spiral. You don’t have to take my word for this, you can watch it for yourself on You Tube. The man who made and narrates that video calls the spiral a wobble, but we’re talking about the same thing. He found it was caused by a dirty bore, but I’ve seen the same thing through the scope when using certain pellets that were not suited to a particular barrel. Clean or dirty barrels aside, those pellets always spiraled.

The video shows a pellet losing stability and spiraling from that loss, but a pellet can also be inherently unstable and always spiral. When that happens, the pellet will group at different points around the point of aim, depending on the distance the gun is from the target.

You don’t need a high-speed camera to see this. How do you tell if you have this problem? Simple, shoot three groups at three different ranges. Make the sight-in range the first target and the other two farther away. If they look like the ones shown here, your pellets are spiraling. 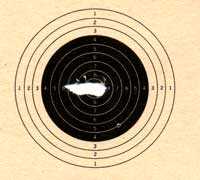 Same gun with same sight setting but shooting at 20 yards. 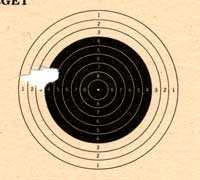 Same gun and same sight setting but at 30 yards. This pellet is spiraling. 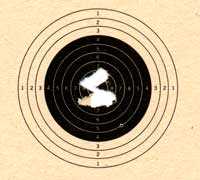 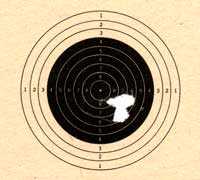 At 20 yards, the pellet strikes low and to the right. 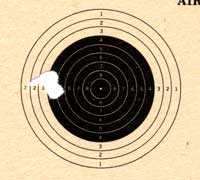 At 30 yards, the pellets strike high and to the left.

This type of “scope shift” will always go in the same direction. The farther out you shoot, the more to the left the groups will be; the closer you shoot, the more they’ll move to the right. They’ll always maintain this right-to-left relationship and will never reverse directions. That’s a diagnostic you can use if and when such a problem arises.

While the above two sets of targets look similar, they were created by two very different effects. In the first set, the pellet’s moving in a righthand spiral that’s increasing in size as the pellet moves farther from the muzzle. In the second set of targets, the pellets are shifting from the low right to a high left position and will keep moving in a straight line away from the aim point (to the left) as the distance to the target increases. 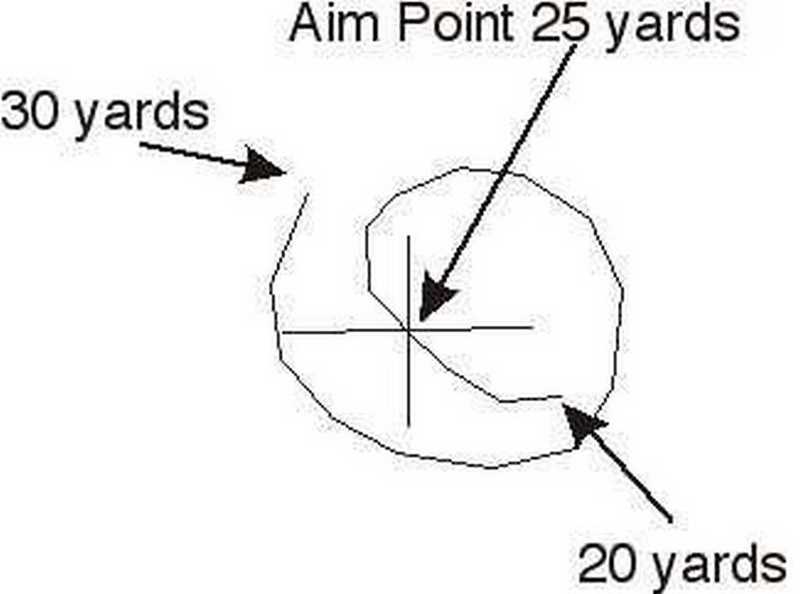 A spiraling pellet moves from one side of the target to the other and back again as the range increases. 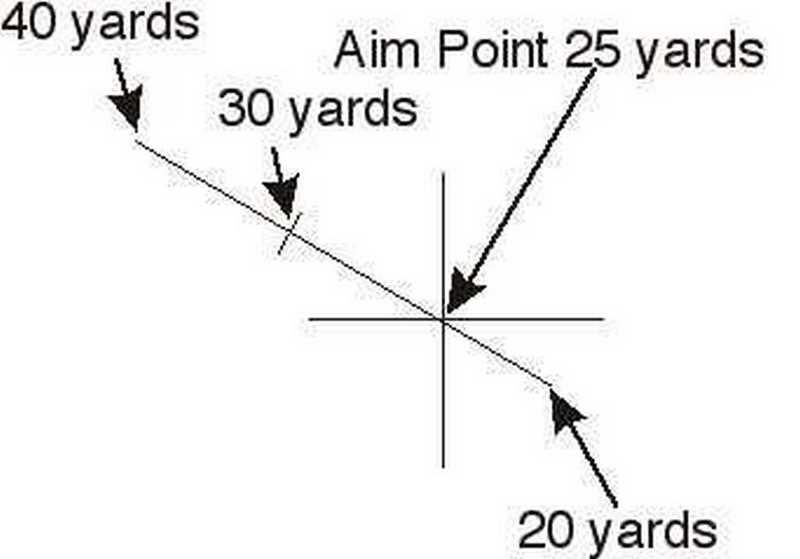 A pellet shift caused by scope alignment always moves in the same direction — in this example, right to left.

Pellet shift diagnosis
Here’s how you figure out what the problem is.

Are the pellets moving from side to side and back again as the range increases? That’s a spiraling problem, and the dispersion (distance from the aim point) increases with the distance. The solution is to use different pellets or perhaps to clean the bore.

Are the pellets shifting in one direction and only as the range increases? That is a scope alignment problem, and the scope needs to be realigned to correct it.

Don’t be discouraged
This problem confounds shooters all the time, and it’s often the root cause of a misdiagnosed scope shift problem. Don’t be discouraged after reading this report. You can mount a scope accurately enough that you will never encounter this kind of problem.

Knowing that gives you power over these two common problems. If you know they exist, you can watch for them and make corrections when necessary. 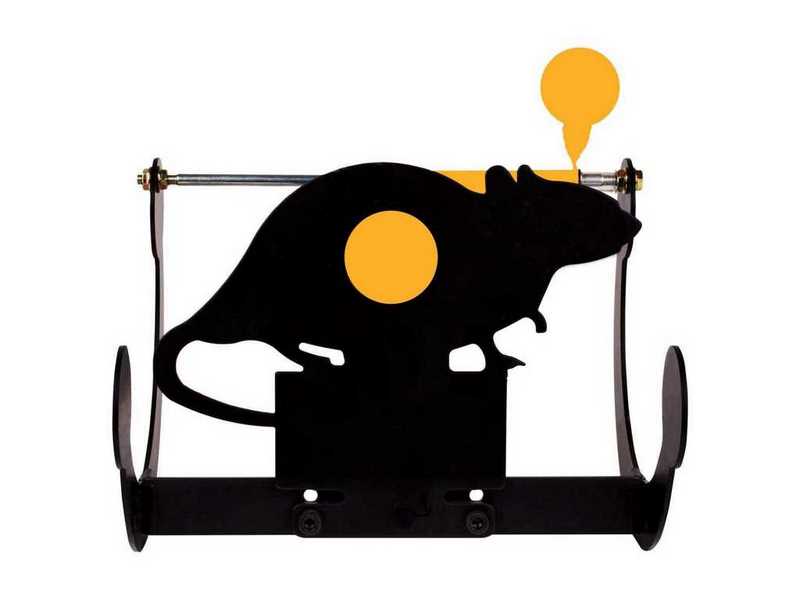 Don’t understand parallax? This should help!