This report is the beginning of the second installment of a promise I made to some of our readers. They wanted to know how to upgrade and work on airsoft guns, and I said I’d show them. The last report was written half a year ago, but I’ll get the next one out a bit faster. In fact, I’ve already written it!

How do you learn?
If you think there’s a lack of information about working on pellet guns and BB guns — you should experience airsoft! Not only is there very little information, much of it suffers from poor translation from various Asian languages to English. If you persevere, though, there are places to find this information — and, today, you can add this blog to the list.

I had to learn the hard way — on my own by doing it. I think that’s a rite of passage among airsofters. Most of this work is not that difficult once you know what you’re doing, but there are so few places that tell you how to begin. I was fortunate to have an airsoft store owner advise me when I first learned, so I’ll pass along a lot of what he taught me.

Airsoft parts groups
The first thing to learn is that there are several components in any airsoft gun that can be upgraded. They are:

A universal truth
There are many airsoft guns and many airsoft manufacturers, but there is a very high degree of commonality throughout the industry. If we were talking about cars, it would be the equivalent of Ford making all the engines for all cars, regardless of what name was on the car. There would be no such thing as a Corvette engine. It would be a Ford engine with the Corvette name on the outside.

A small assortment of airsoft parts. These parts are available from online sources to upgrade most guns.

While there are dozens of different models of sniper rifles, there might be only 2 or possibly 3 really different designs. In some cases, there’s just 1. I’m not just talking about sniper rifles now — I’m talking about all the different families of airsoft guns. You look at M4s, for instance, and you’ll find 15 different names on the outside. That doesn’t mean anything. There might just be 2 different M4s that everybody makes into their own proprietary rifle. So, in the world of airsoft, there’s no such thing as an Armalite M4. The Armalite M4 is the same as the Olympic Arms M4 and the Colt M4, etc. Get it? 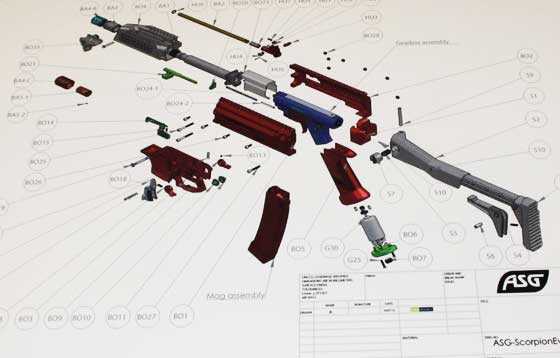 Unlike most airgun manufacturers, airsoft manufacturers freely publish their illustrated parts breakdowns and schematics like this. They’re protected from American liability laws by their U.S. distributors.

The first thing you have to do, therefore, is discover which parts will fit on your specific model. Don’t expect to find a universal Rosetta Stone with all this information! It’s not the same as going to the auto parts store and looking in that thick book of parts applications. What you have to do is converse with the manufacturer/distributor or go on the airsoft forums and ask questions. Let me give you a specific example.

Barrels
Sniper rifle barrels are nothing but smooth tubes. If you paid $99 for your sniper “rifle,” the tube that came on it is probably quite a bit larger than most 6mm airsoft ammunition. Why? Because the sniper rifle manufacturer knows you are a cheap person — having spent only $99 to buy a sniper rifle, when you could easily have spent 3 times that amount. Because you are cheap, you will probably also buy and use cheap airsoft ammo, and that’s the stuff that is oversized and not uniform. It will work much better in an oversized barrel — where the term “work” means continue to come out the end of the muzzle when the trigger’s pulled.

This is a typical airsoft barrel.

But…if you actually want to hit a man-sized target at 50 meters with the first shot, a cheap sniper rifle is not the gun to use. For that, you need a rifle with a tighter barrel (which is still a smooth tube), and you need to find and continue to use only the one correct round in your gun. In other words, you need to become what many will call an airsoft “snob.”

As surprising as it may sound, you can buy a tighter barrel for your cheap sniper rifle — often from the company that made the rifle! You see, they didn’t actually make that barrel. They bought it from 1 or 2 barrel makers who supply barrels to all of the airsoft community (the Ford engine in the Corvette). And there are different grades of tightness among barrels! This is where the airsoft forums come in handy. Someone will tell you that to upgrade your $99 Whango Tacticool M40, you need a Sho-Lin barrel that’s only 0.20mm larger than 6mm. It will work on your rifle, but you have to shoot 0.24-gram Black Mambas through it because everything else will jam.

If you can follow this advice to the letter, you can make a nice sniper rifle. And, when you’re done with the barrel and all the rest of the modifications, the price of your upgraded rifle will have about tripled! Small world, no? But, if you’re the guy who constantly wants to substitute Owl Sweat for Kangaroo Juice, because there’s a sale on it at a store near you, don’t even think of modding an airsoft gun! All you’ll do is spend money on a pile of parts that will never work together.

Gearbox
The Asians call this the Mech Box or Meca Box. It took me several months to figure that out the first time, and it’s important to know if you want to find them on the internet.

The $125 M4 AEG often comes with plastic gears. If you plan on shooting it only on holidays and at family gatherings, buy one and be done with it. By the way, if there’s a brand name like Colt on the outside of the gun, plan on spending 3 times as much and still getting plastic gears (sometimes)!

If you want to go into battle and have the gun continue to function for several days and thousands of shots, think about metal gears. But it doesn’t end there. There are also special shim spacers to keep the gear wheels aligned under a load, and there are special reinforced metal gearboxes that don’t wear like the cheaper gearboxes do. At the top of the list are the gearboxes that are built with pins (gear axels) that have been align-bored by a custom builder. A gearbox upgrade kit in a blister pack can cost you $68, or you can spend $400 with a custom builder who makes the gearbox specifically for your gun.

So, you see the Super Zombie Black Ops (a name I just made up) M4 AEG selling online for $99msays it comes with steel gears on the outside of the box! Big deal! That’s the airsoft equivalent of a pellet rifle manufacturer saying their rifle shoots at 1,400 f.p.s. In other words, although it sounds like it implies quality, what they don’t tell you is that those gears are not aligned properly and are set inside a cast pot metal gearbox.

Like everything else, in airsoft there are things that do work well and then there are the retailers who trade on the general ignorance of the buying public. They use buzzwords like metal gears to suck in the beginners. To mean something, the metal gears need to be run on pins of the correct size, have thrust washers to hold them in alignment and be inside a gearbox that can take the strain — and the whole reason for all of this is so you can get some benefit from that high-torque motor and uprated battery you also installed. If you aren’t going to do this in a systematic way, you might as well eat the metal gears, for all the good they’ll do by themselves.

Summary
I’ll stop here because this report is getting long. In the next installment, we’ll look at the airsoft powerplant, upgrades to batteries and motors, and the best way to get started working on airsoft guns. 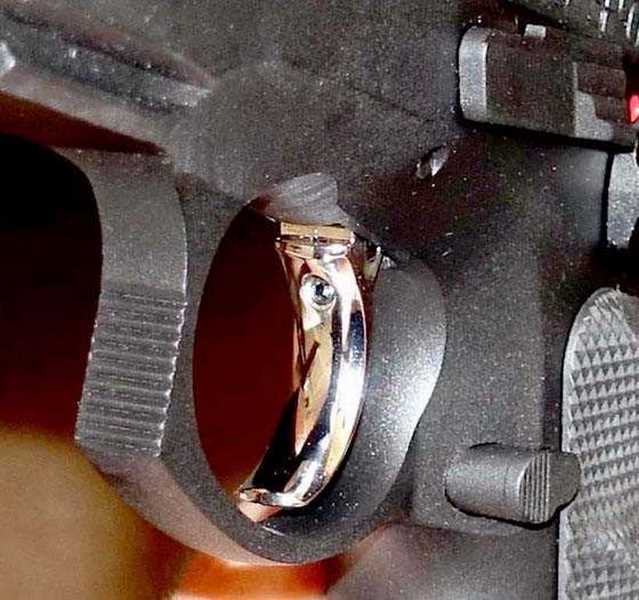