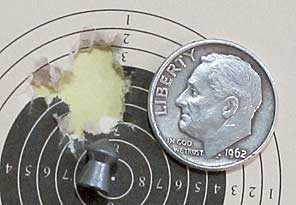 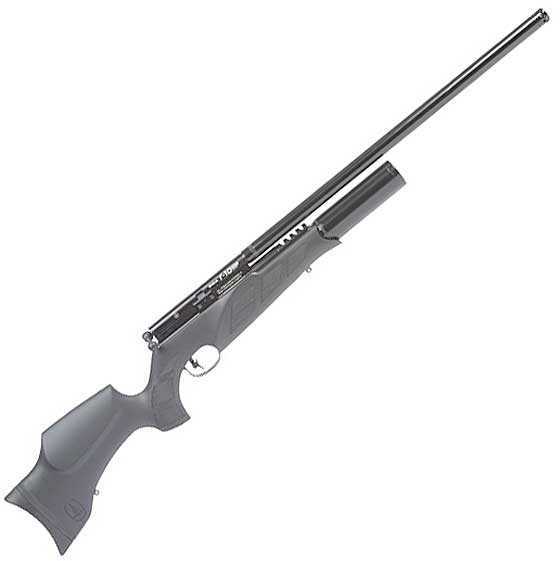 Today we look at the accuracy of the .177-caliber BSA R10 MK2 precharged repeater. A lot of folks swear by these rifles, so I’m hoping for the best.

The R1 has no sights, so a scope is needed. To give it the best chance I could, I mounted a Meopta MeoPro Optika6 3-18X56 scope. It’s the best scope I own and will give the R10 its best chance to excel. The scope is mounted in Sportsmatch Fully Adjustable Scope Rings, so I can change it while it’s mounted to the rifle. That’s a big time-saver for me! The mounts are quite expensive, but for testing purposes they’re ideal!

I will shoot from 25 yards today. And all groups will be 10-shot groups. I’m shooting off a sandbag rest to keep the rifle as stable as possible.

The scope mounted quickly on the 11mm scope rail. I shot once at 12 feet and the pellet was in the bull, so I backed up to 25 yards and shot again. The pellet was now hitting high and slightly right, so I adjusted it down (a lot) and to the left. I didn’t want pellets striking the dot in the center of the bull, as that was my aim point, so I adjusted them to strike to the left of center and slightly high. This Meopta scope is so clear that I can see the dot at the center of the reticle which is about the same size as the 10-dot on the bull at 25 yards.

First to be tested was the H&N Baracuda Match with a 4.50mm head. This was also the pellet I used to sight in. Ten pellets made a group measuring 0.346-inches between centers at 25 yards. The group is reasonably round and I’m satisfied with it.

Remember that I adjusted the trigger in Part 2? It’s holding pretty well, though once or twice as I shot I did feel a touch of creep in the stage-two pull. And, when you’re shooting for accuracy is when you notice the trigger the most. You can’t always tell until this stage of the testing, but here everything becomes crystal clear.

Next to be tested was the H&N Sniper Magnum pellet. In .177 this pellet is very heavy, at 15 grains, but the same pellet in .22 caliber is on the heavier side of medium, at 17.9 grains. I mention that only because I find it odd.

Eight of ten Sniper Magnum pellets went into 0.417-inches at 25 yards, but two shots went wide. There was no called pull, either. The 10-shot group measures 1.508-inches between centers. 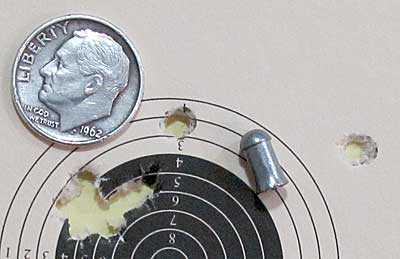 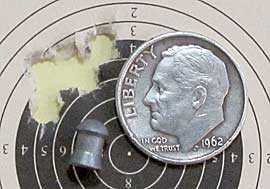 The last pellet I tested in the R10 was the 10.5-grain Crosman Premier Heavy. Before I shot it I adjusted the scope three clicks to the right, only because I was tired of seeing them all go to the left.

I didn’t know what to expect from this hard pellet, but I was pleasantly surprised. Ten Premiers went into 0.395-inches at 25 yards. 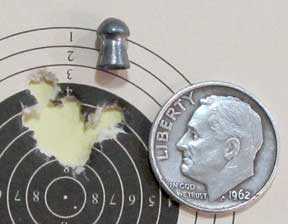 Three of the four pellets I tested today gave very good groups at 25 yards. I had hoped to see a trime or a gold dollar used for comparison with some of the groups, but I guess that wasn’t to be. I will say that the Meopta scope is so clear that I know beyond a doubt that each shot was as good as I could make it.

I’ll test both a heavy and a light pellet today, as the air pressure and humidity affect where the sound barrier is. So my numbers from Part 2 aren’t as accurate. Or at least that’s what I’m telling myself.

The rifle has the silencer installed. That makes a big difference.

The first shot was a 10.65-grain Baracuda Match pellet. It registered 82.5 dB on the C scale of the sound meter. 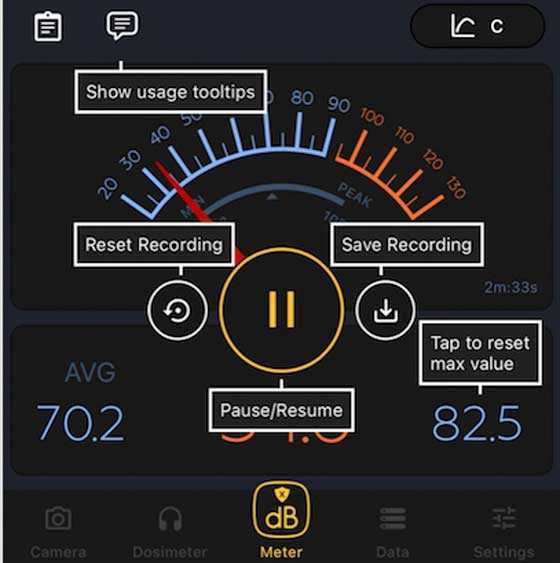 A heavy H&N Baracuda Match pellet registered 82.5 dB on the C scale of the sound meter.

Next to be fired was an RWS Hobby pellet. It registered 92.3 dB on the C scale of the sound meter. 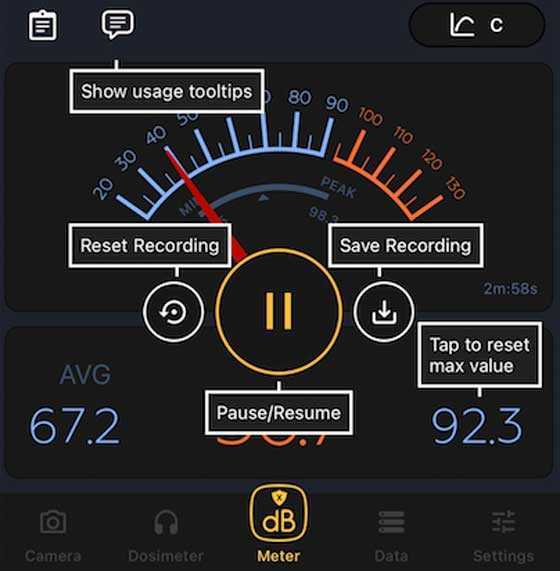 That’s the difference between a pellet that’s below the sound barrier and one that’s above. The lighter one cannot be entirely silenced.

That’s it for today. This was a run-up for the 50-yard test that’s yet to come.