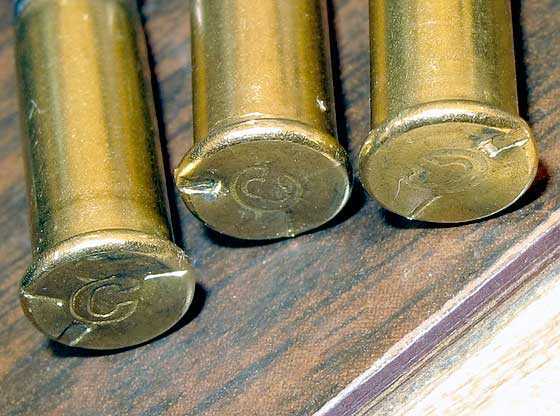 Some reloaded cartridges had to be fired a second time.

This is the 8th report on reloading rimfire cartridges. I learned a lot today and so will you. If this study is of any interest to you, today will be revealing.

I had to load 12 cartridges with each type of priming compound for the test. Each cartridge that is primed with toy cap powder gets the powder from 6 ring caps, That’s 72 caps that have to be stripped of their compound that is in the form of a hard cake. I proceeded as carefully as I knew how and I still set off 5 caps, getting the 72 I needed. After the cake of explosive is out of the cap it has to be crushed and ground into powder. Try doing that with cap powder without setting it off!

Suffice to say, the work with the caps went very slowly. My neighbor, Denny, came over to watch and I told him I had already unintentionally exploded 4 caps. He asked me to do one intentionally so he could see. I told him no way, but just wait. Sure enough, in about 5 minutes another one exploded.

Not loud but hot!

When the caps explode they don’t make a loud noise. There is nothing restraining them, so they just flash. And that flash is hot! I learned that last time and now I keep my fingers as far as possible from the cap I’m working on.

After it is turned into a powder the priming powder has to be put into a cartridge, wet with one drop of acetone, wait at least 5 minutes and then pack the sludge into the cartridge rim. It goes the same for the commercial Sharpshooter priming powder, but since that stuff has not exploded on me yet, I move a little faster.

After the priming powder is inside the rims the cartridges have to sit overnight to dry. So I worked on this report on Friday and also on Saturday.

I used two gunpowders for this test. I used 0.8-grains of Unique, a smokeless powder recommended by Sharpshooter, the company who sold me the loading tools. And I used Pyrodex — a replica black powder that they also recommend. With that powder I filled the case. 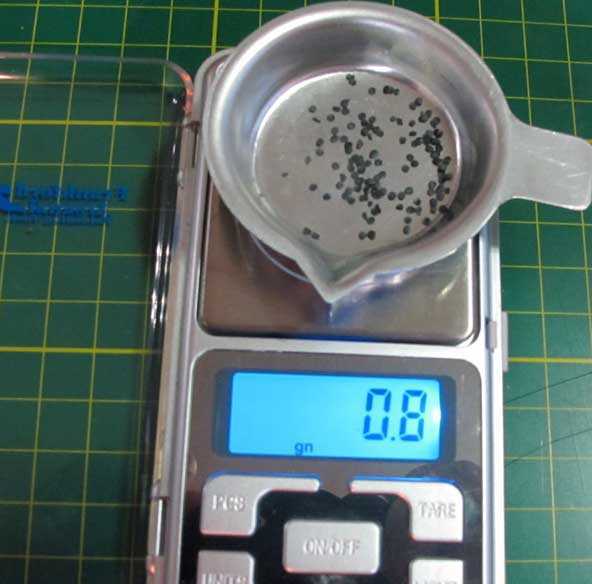 Not much Unique was used. 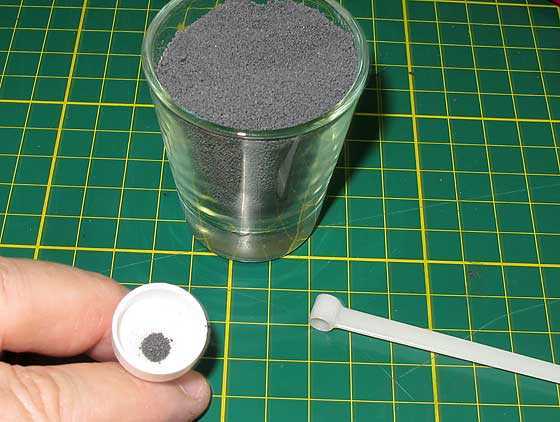 The cartridges were filled with black powder substitute Pyrodex.

The 24 cartridges for the test

Those are the 24 cartridges I loaded. There were also other problems I encountered while loading the gunpowder and seating the bullets that I will address.

Black powder should be loaded until the case is full, with no space in the cartridge when the bullet is seated. It took the entire 12 cartridges for me to learn that three of the small scoops of Pyrodex was the perfect amount to use.

I also had some difficulty crimping the cartridges that had Pyrodex in them. I suppose the powder was pushing against the base of the bullet as it should and that was making the bullet stand proud. Toward the end of the reloading I noted that several of the 38-grain bullets loaded very hard into the cartridge case and I had little hope for them.

I say I attempted to shoot all the cartridges. None of the 12 that were loaded with the Sharpshooter priming powder went off. Yes, the two blanks that I loaded and fired in Part 7 both did fire but I noted at the time that one of them sounded weak. I didn’t say that in the report but the video I filmed shows it. I guess I don’t yet know how to load this commercial priming powder into the rims of cartridges.

The cartridges primed with priming powder extracted from toy caps were a different story. Two of those cartridges refused to chamber in the rifle, but the other 10 chambered with differing levels of success. The two that wouldn’t go in were a cartridge with a 25-grain bullet and one with a 38-grain bullet.

Of the 10 cartridges primed with cap powder that did chamber, 6 of them fired. That’s a 60 percent success rate. Here is what happened.

There isn’t a lot of data, but I do have some solid conclusions. First, cap powder is more reliable for me at present, so I will proceed with it, alone. I will not give up on the Sharpshooter commercial priming powder, but I need to conduct some more tests to learn what I’m doing wrong.

I have an idea of how to modify the priming powder packing tool to push the wet sludge into the cartridge rim more effectively. I will grind the end of the tool to make a flat paddle like a long tiny screwdriver blade.

Next, I need to pay more attention when loading 38-grain bullets and Pyrodex. I think the three small scoops of powder that I learned at the end of today’s loading is the place to begin next  time.

I thought Pyrodex was going to leave clouds of smoke in my office, but that never happened. The smell of the burned powder did linger a long time, but there was no real smoke. The rifle did have to be cleaned afterward because Pyrodex is corrosive, and so are toy caps. So cleaning is a must.

I did note that the two 25-grain bullets that were shot with Pyrodex went out at a consistent velocity. That, I like a lot! I think that Pyrodex is a good powder for this test. Unique I’m not as sure of. The wide variance in velocity between the two 25-grain bullets that fired gives me some concern. It’s probably a difference in crimp pressure that black powder is less sensitive to.

This test is progressing more slowly than I envisioned at the start. I see no need to rush it, either. I want to get consistent ignition and the method of priming down (i.e. a higher percentage of cartridges firing) before I progress to an accuracy test.