Home > Blog > Special/Unique > Airguns that should still be with us

Airguns that should still be with us

Reader Prof Steel Toe said he wishes that some guns had never gone away. BB Pelletier wishes the same thing. Today let’s talk about some of those airguns that should still be with us.

I could do this by the year they left the market. I could do it by their cost. Or the year they came out. There are a lot of different ways I could look at this, but I’m just going to wade in and call them as I see them.

One thing I won’t do is call out an airgun whose company is no longer in business. Nothing can be done about that and stuff happens. So I’ll leave the Sheridan Supergrade alone. Of course I wish they were still made, but we talked on this blog about the possibility of Crosman making a Benjamin 392/397 Regent Grade. It wouldn’t make them rich, because it’s a onesy-twosy kind of deal. But just having the facility to do something like that would earn Crosman loyalty points they could spend in so many ways that it seems like it might be worth it. 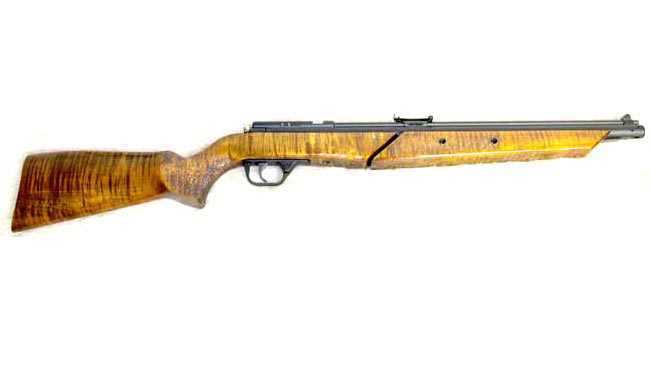 If “they” still made the FWB 124 people would still be avoiding them like they did in the last days of their production. I think some folks were jealous of their success and didn’t buy them just because they were so successful. Yes, I just said that. Think about it. When something gets popular a gathering of naysayers taunts it out of sheer jealousy.

The Crosman Mark I and Mark II

Here is a CO2 pistol that I wish had never gone away. They shoot great, have good triggers and are simple to hold. Kids and smaller adults have no trouble shooting them. I know sales slack off, but I wish the Marks I and II were still made. 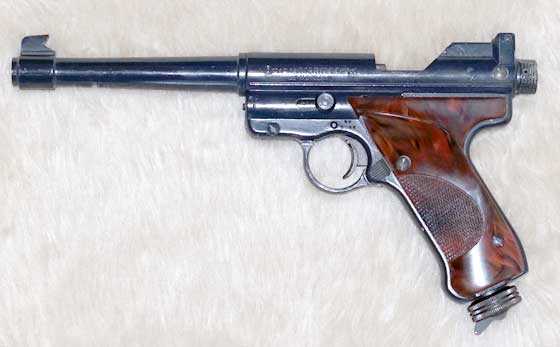 The Bronco went away because the price from the manufacturer was suddenly jacked up so high that Air Venturi felt no one would buy it. It had been selling for around $99-130, and when the retail price soared north of $150 they pulled the plug. The little rifle sold okay but it never was a world-beater, so they were probably right.

I would lament the Crosman 160, but the world actually did something about that one. An American had one tricked-out by Tim McMurray and then sent it to China to copy, which they did. But the resulting QB 22 and QB 77 never sold well because of the high price ($200 retail in the ’90s). But the QB 78 that followed did sell well and continues to, to this very day. It also spawned a host of related air rifles, and I think there is a moral in that. You see, when an inherently good design stays around long enough, it starts to have inertia of its own — like the 2240 and 2260.

“Many airgunners are fond of saying they wish such and such an airgun was remade. “If they would just remake the Crosman 600, I’d buy one!” Well, in 1986 Daisy remade a very accurate copy of their pre-1920 No. 25 pump BB gun, and I didn’t buy one – despite being one of those who was most vocal about wanting it. Years later, I had the privilege of paying nearly twice what Daisy had asked when the replica was new.”

Not long after Crosman quit making the 160 rifle, the same cry went up from the airgunning crowd. Used gun prices escalated and everyone said they would buy a replica if they were made again. So, a man named Henry Harn did just that. He had Tim McMurray build a custom 160 with several of his most popular modifications, and Harn took it to China to have it copied. The resulting rifle was called the QB22 in .22 caliber and the QB77 in .177. The price of the new rifle was apparently so high that sales were not as good as anticipated, and within a few years the gun was becoming hard to find.”

By then, the Chinese came out with their own version of the gun, a rifle they called the QB78. This rifle exists in both .177 and .22; the model remains the same for both. It sold for less than half what the other copies retailed, and sales were brisk from the start. A QB78 looks like a QB22/77 that hasn’t been given the same attention to finishing. At its heart, it is a rather faithful copy of the original Crosman 160/167 in its most-evolved form. A discussion of those features follows.”

The difference is the QB 78 barrel can sometimes be a crap shoot. But that was also true of the Crosman 160 barrel — you just don’t hear as much about it. And the Chinese engineers didn’t stop innovating. They added a few features Crosman never did, with the result that a good QB 78 is as nice or nicer than a good Crosman 160. There is a lesson here that I will come back to in a bit.

The Crosman 180 — and I mean the single CO2 cylinder model — not the twin cylinder model (from Canada?) that is also called the 180, is a rifle I wish were still made. It isn’t as powerful as the 160, but it’s a dandy little plinker.

Okay, there are many other classic airguns that have come and gone and I know you guys will fill in the blanks. But here is the deal. In the life of a product at some point it gets to where the sales just aren’t there. Customers are bored with the same old stuff and are looking for new. That’s the way it is with most things.

When that happens the marketing department has to do something, and removing that item from the market is the right thing to do.

Here is the big lesson that nobody ever seems to learn. There will always be a small latent bunch of potential buyers who didn’t have the money when the item was for sale, or the time wasn’t right for some other reason. If those items were to be brought back in a few years, there would be more sales.

The problem is — sometimes that’s possible and sometimes it’s not. For example, if Chevrolet were the remake the 1963 Corvette Stingray Split Window coupe today, do you think there would be some sales? Used ones in restored condition go for over $250,000. What if Chevy were to offer them for $120,000? Wait — don’t say it yet. Chevy would have to meet today’s more restrictive emissions laws and safety requirements. Maybe they could build one that looked right and maybe they couldn’t. But here is the deal.

They still wouldn’t sell that well!

It’s just like the Indian motorcycle company of today. It isn’t the real Indian Motocycle company (yes — the r was left out of the original name on purpose by Indian — the real Indian company that folded in 1953). Today’s Indian is selling a product that bears no relation to the original, except the name. Doesn’t mean they aren’t good motorcycles. No doubt they are. They just aren’t “real” Indians. See what I mean?

Okay — here is one shining AIRGUN example of what I am talking about. In 2006 Daisy, the same company that used to be the Plymouth Iron Windmill Company of Plymouth, Michigan, brought out a wire stock BB gun that looked very much like the one they made back in 1887/88. People were paying $2,500 and up for original guns at that time. When they brought this new one out the price was $300, plus $12 shipping. Yes — $300. Know what the tire-kickers did? They all crossed the road and said, “I ain’t payin’ no $300 for a BB gun!”

Yes, there is more. If Sig Sauer were to suddenly bring back the ASP20 breakbarrel, do you think there would be any takers? Well, old BB would certainly buy one in .177. I’m sure a few of them would sell. But Sig had purchased a half-millon-dollar welding machine to weld that barrel to the base block. No doubt that has been moved elsewhere in the company. Sig had an assembly line set up to make that air rifle. Some of those guys were reassigned in the company and some were let go by Sig in a workforce-reduction program. No judgement there, but it would be harder for Sig to build that air rifle today than it was for them to build it the first time.

Sig ASP20 – one of the finest breakbarrels ever made.

But Crosman? Hey — they are in the business of making airguns — right? However, when they finally decide to remove that huge and ancient wave-soldering machine and carousel that solders the barrels of 392s and 397s to the pump tube, whatcha gonna do? Call the Ghostbusters?

Guys, manufacture isn’t as straightforward as it may seem. Yes, there are opportunities for companies to bring back best-sellers — if they plan for it and if the technology allows. But the window of opportunity is limited and if it is missed, they have to create the thing all over again. Sometimes, like Daisy, it’s possible. Sometimes, like Chevrolet, it’s a lot harder. 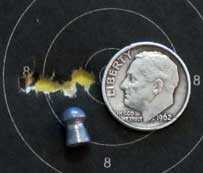 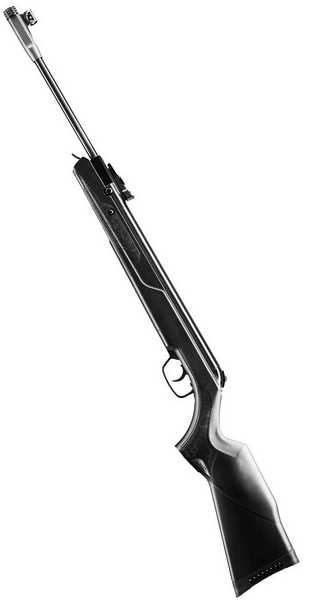