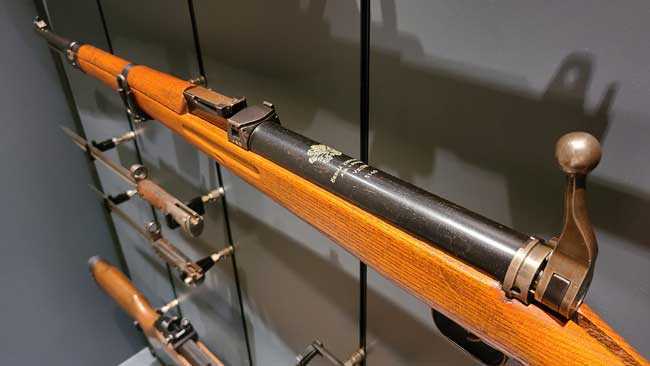 Today we have Part 1 of a guest blog from reader Jordan Thompson who we all know as Starboard Rower. We talked at the airgun show in Arkansas a few weeks ago and I realized from what he told me that he had done some research on his air rifle and gathered facts I had never heard. This should be interesting

Take it away, Jordan.

Today we will look at the history of the Vz.35 air rifle, and see what stories it can tell us.

B.B. Pelletier has previously written about the Vz.35 and its sibling, the Vz.47. If you missed that post, take a look. It gives an overview of the airguns’ physical characteristics and operation. That alone makes the Vz.35 an interesting airgun, and worthy of much discussion.

Still, little has been written on this model. Today I will share some research into it’s history.

The Vz.35 is a Czechoslovakian military trainer from the 1930s. It was commissioned by the Army in a time of great need.

The trainer emulates the standard Czechoslovak Vz.24 battle rifle. Nearly one million Vz.24 firearms were made beginning in 1924. They are frequently cited as one of the finest Mauser-patterned military bolt-action rifles.

By comparison, relatively few Vz.35 airguns were produced. Total production figures are unknown, but serial numbers in the high 27,000’s have been observed.

To fully appreciate the origins of this airgun, we need to understand the geopolitics of the day. Our story begins in 1918. Czechoslovakia was formed at the end of World War I from the ashes of the Austro-Hungarian Empire. The victorious Allies rewarded the Czech and Slovak peoples (hereinafter referred to as CS) with not only political recognition, but also with war reparations. Austria ceded 100,000 Mauser and Mannlicher rifles to the newly formed CS Army. From Germany, Mauser itself provided plans, factory tooling, and parts for 42,000 Gewehr 98 pattern rifles.

These seeded the growth of the new CS Army. Greater still was the CS armaments industry itself. Their factories and manufacturing quality were among the best of the day. Česká Zbrojovka (“Czech Arms Factory”) made rifles and other armaments, and would eventually make the Vz.35 air rifle as well.

The Threat of War

The new republic was never quite at ease. On October 24, 1921 — almost exactly 100 years ago — Czechoslovakia first mobilized for war with Hungary. More threats would arise, including one that would prove fatal. In the 1930’s Adolf Hitler became Chancellor in neighboring Germany. He made open demands for territorial concessions containing ethnic Germans. This included the Sudetenland of Western Czechoslovakia. 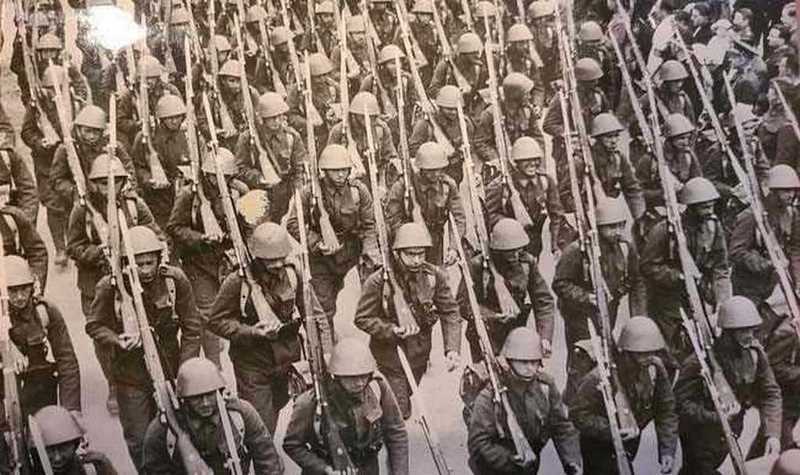 These infantrymen were on parade before President Benes, who promises to defend his polyglot nation from any invasion. From the Associated Press, March 23, 1938.

Czechoslovakia prepared defenses. In the rush to train more troops, the VTLU (“Military Technical and Aviation Institute”) recognized they were wearing out rifle bores. This was both from the sheer volume of training, but also from the corrosive primers of the day. In December of 1934, the VTLU solicited proposals for a new training rifle. The technical specification called specifically for an air rifle, one that would closely emulate the standard Vz.24 battle rifle.

The winning design came from the noted small arms designer František Myška. Myška was lead designer at Česká Zbrojovka’s factory in the town of Strakonice.

A small amount were also offered for commerical sale, including to schools and national organizations.  However, the unusually high cost at 540 Krouna per rifle meant that sales outside the Army commission were few.  Only 601 air rifles are known to be sold outside the Army, though perhaps more did make it out.

There were two versions of the air rifle. Most were the training pattern, seen here. The second version was a sporterized model. The sporterized model is shorter in length with a different stock profile, no upper handguard, and omits the bayonet lug and sling swivels. The action is otherwise the same as we see here.

Interestingly, the Army did not request only the training pattern. We can see Army orders for sporters. In fact, they grow as a proportion of sales in later years of production. For example, an order for 500 units dated November 25, 1937 requested both configurations: 400 training, and 100 sporter. Later, another order for 3,000 units dated August 17, 1938 was for 1,500 training, and 1,500 sporter. It may be that as the economy strained to prepare for war, the sporter version was simpler and cheaper to produce. 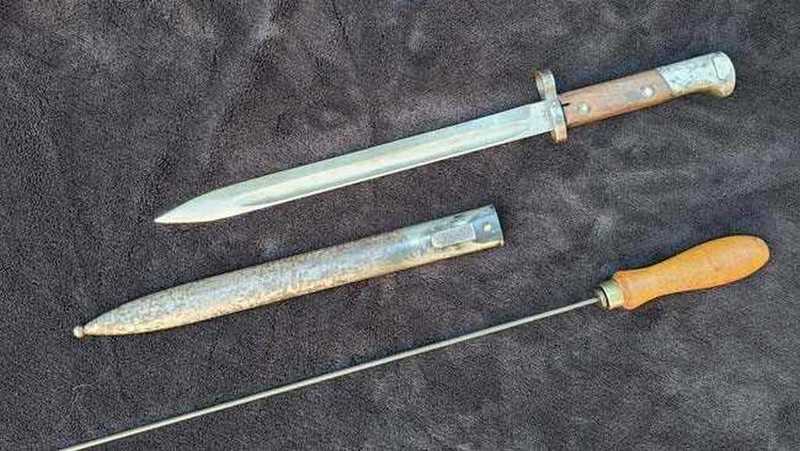 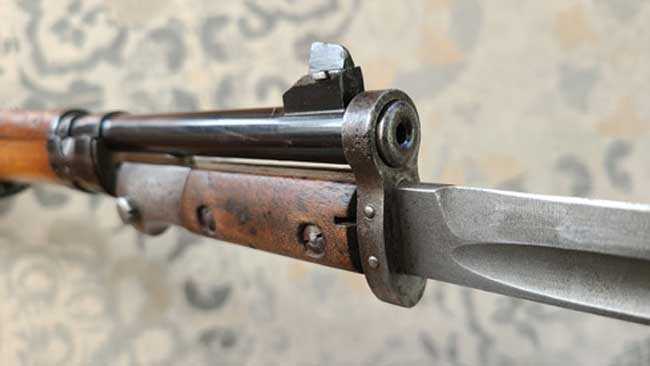 CS Army contracts for the Vz.35 were relatively short-lived, and went unfulfilled. Czechoslovakia lost the Sudetenland in the Munich Agreement of 1938, and with it, perimeter fortifications. Germany helped herself to the remainder of the country by the following year, acquiring Czechoslovak armaments without a fight.

Interestingly, the Germans thought enough of the Vz.35 to continue production into the early 1940’s. Many were exported to Berlin for the Reichsarbeitsdienst or “German Labor Force”.

Vz.35’s produced under occupation are fairly easy to recognize. They omitted the large CS Lion crest and CS Army acceptance stamps, and typically have serial numbers above 10,000.

That’s it for today. Next time we will take a look at markings on an early-production Vz.35, and see what stories it can tell us.