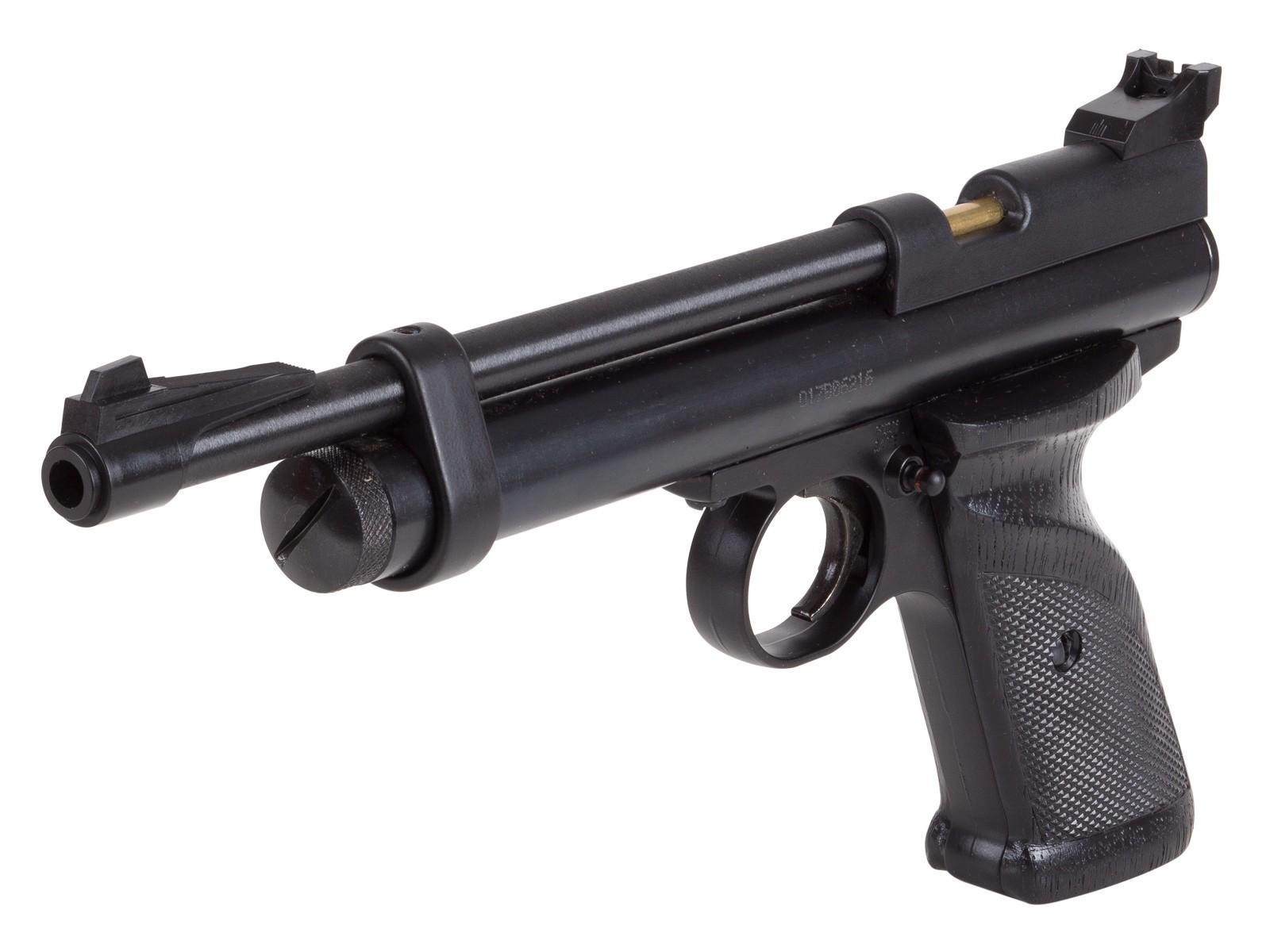 as soon as my 2240 arrived I cleaned the bore and its the first gun ive bought new that wasn't real dirty inside. first few shots were bad, new gun , new to me. after 2 powerjets ans several pellets, a few sight adjustments I was getting dime size groups at 15 yards, stepped out to 20 and still good. fine gun right out of the package. it hits with power too. need to break the crony out.

its a quality pistol for the money. I got a new gamo pt-80 and it worked for 2 days . I got the 2240 to take its place. the difference was like night and day. id say if your wanting power and accuracy in a low priced pistol, id have to tell you buy a 2240. like always pyramid air was courteous on the phone and delivery time was fast too. I prefer p.a. when I order a gun online p.a. gives me fast service and explains what I ask very well

Never worked correctly, took extraordinary pressure to pierce 1st CO2 cartridge, followed factory directions. Shot randomly at first, sometimes fired, sometimes not. Used up 1st CO2 cartridge sighting in at 25', windage put rear sight way off to one side. Replaced cartridge and could not pierce 2d CO2 cartridge. Turned in screw all the way. Had to take off cap with Vise Grips! CO2 cartridge would not drop out, tried tapping , would not budge, something is seriously wrong. Waiting for a RMA from Pyramid right now. Hope their Customer Service is as good as everyone says.