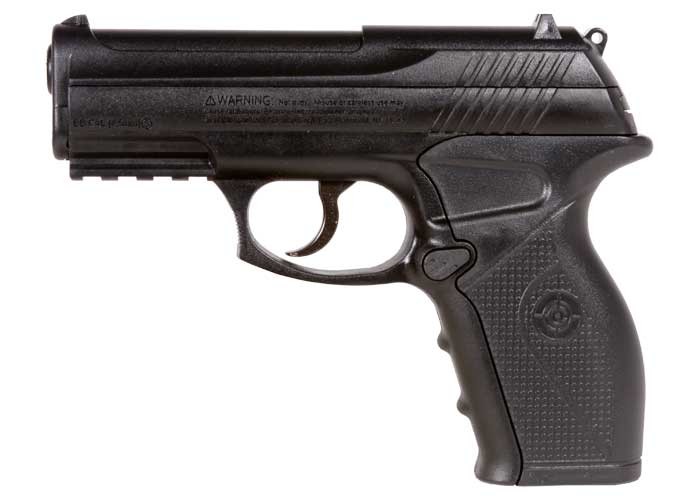 Worth every penny. Not a fancy gun. Simple and easy to use.

Dots on the sights.

The gun was cheap.

I threw this away because it was crap. First CO2 charge was fine. Second CO2 wasted about three cylinders before I was successful. Third time CO2 leaked from every part of the gun when I tried to reload it. I grew up with Crossman products, now I will never buy another thing from them.

Beware of Crossman products. I don't think the quality is there anymore.