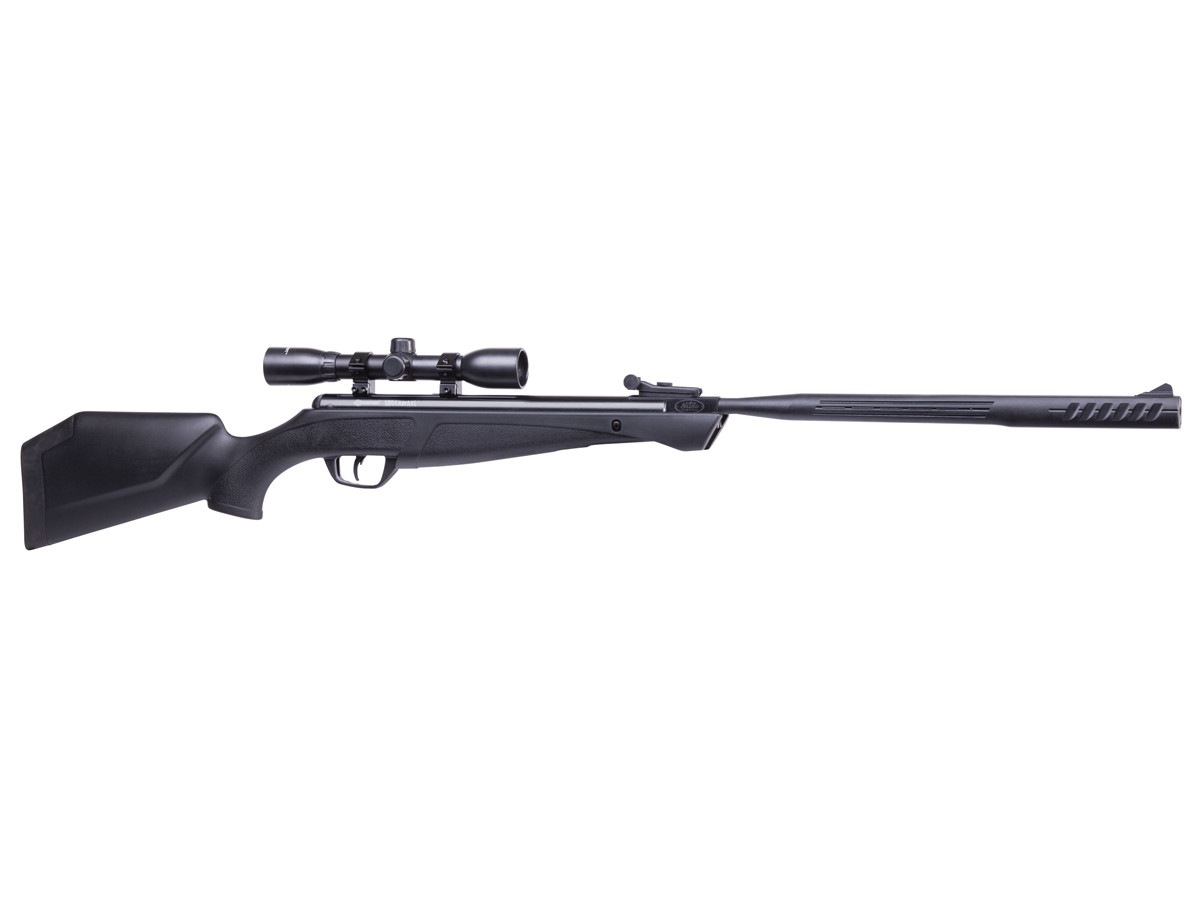 Well , this particular Crosman .177 caliber is definitely quieter than my friends .177 cal...which I shall not name. I really like the the fixed sights on the rifle in case I do not want to use the scope. Which I replaced with my old Weaver off my Marlin Glenfield .22 rifle. Minor adjustments to the sights out of the box at 35 yds. and I like the two stage adjustable trigger. I am looking forward to shooting with my grandchildren and small game hunting with it.

I would have liked to see more efficient sound deadening for squirrel hunting especially but small game hunting in general.

For the money this pellet rifle is hard to beat. And Crosman is an old (over 90 years) company whose been focused on air powered guns for the whole time and are very reputable.

put a metal rear sight on it , and a good scope

the scope is TRASH , the rear sight is trash , i beleive the rifle would be a great rifle if they put a nice metal rear sight on it , or put a decent scope , i dont care for scopes , but if you cant sight in your target the fifle is NOT WORTH NOTHING , the rifle is a great rifle but the sighting aint worth anything !!!