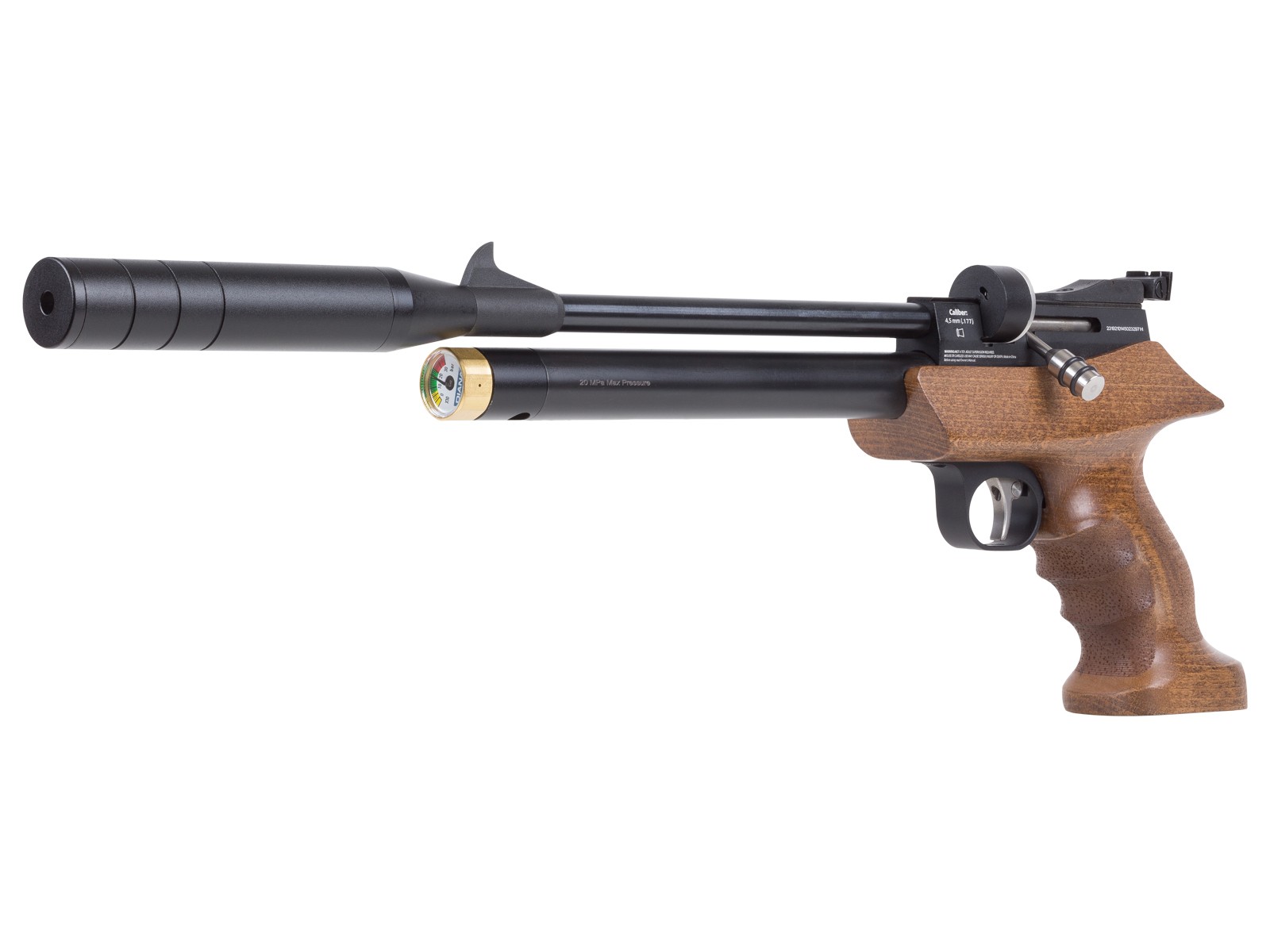 Love the way this shoots right out of the box. First 5 were left of center at 10yrds using the stock sights. Put on the UTG 30mm Red/Green Dot Sight, Integral Picatinny Mounting Deck using the UTG New Gen Dovetail-to-Picatinny/Weaver Adapter. Dialed it in with a few shots & adjustments using Benjamin Destroyer .22 Cal, 14.3 Grains pellets and knocked out the center of the bullseye.

The manufacturer needs to provide instructions on the suppressor. I remove it from the barrel every time I clean after use. At first, I didn't know anything about baffles & spacers. Opened it up thinking it was one piece & everything rolled out on the table. Watched a couple of YouTube demos for other suppressors & figured it out. The grip could have been a bit smaller and friendlier to receive a buttstock. Should have a barrel band attached midway down the barrel for added stabilization with the air pressure reservoir. A protective fill cap to protect the intake valve and pressure gauge.

This PCP pistol arguably is the best in class from a pricing standpoint I'll match it against higher priced pistols at 25 to 40 yards. Mine loves the Benjamin Destroyer .22 Cal, 14.3 Grains pellets.

Gun starting leaking after one month, called Diana and got No help sent e-mail about problem but nver got answer

Sorry I bought this gun