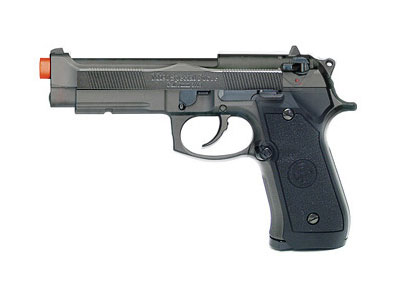 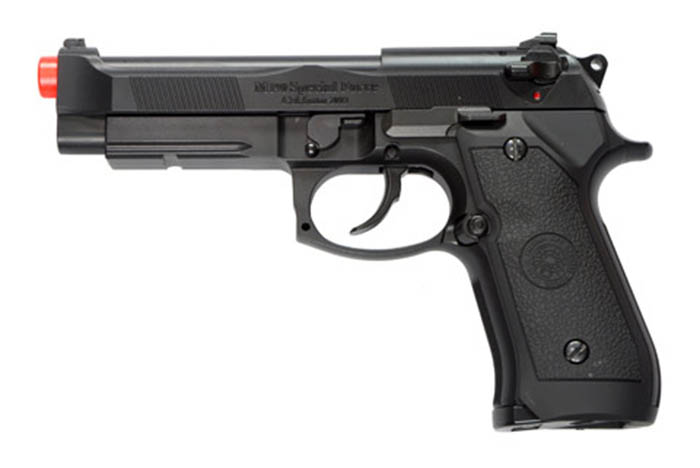 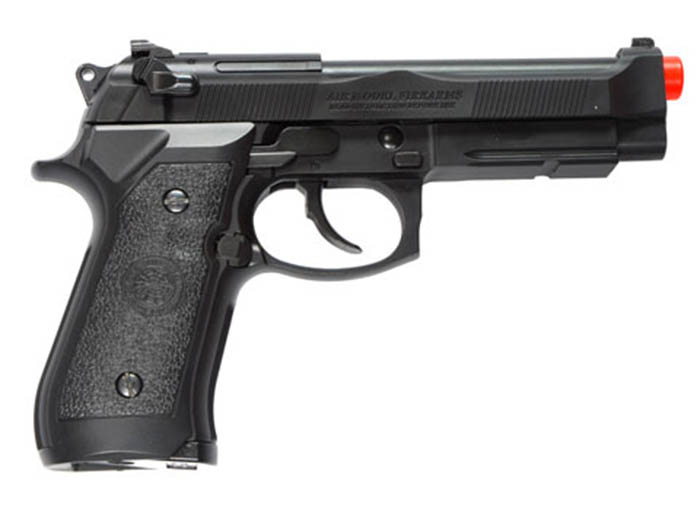 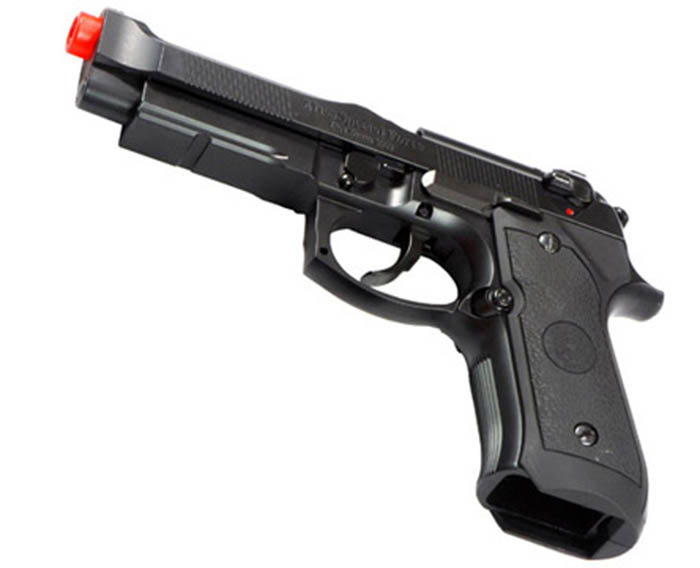 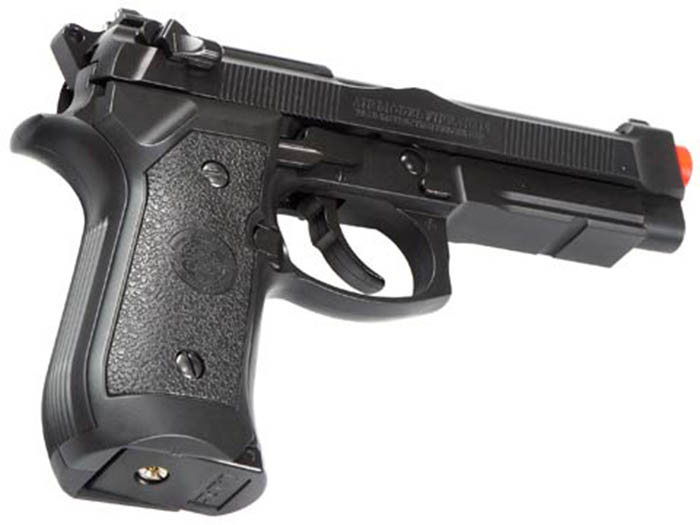 An exact replica in terms of design and function of the Marui M9, this M92 from HFC is a bargain. HFC improved the Marui design with an enlarged and ported gas valve, thereby delivering 20fps more than the Marui Tactical Master / M9. High quality finishing with nickel plated barrel and rubberized grips make this an extremely attractive pistol. Internal mechanism exactly the same as Tokyo Marui's which means that upgrade potential is identical and can use Marui parts. This pistol can even use Marui's standard M9 magazines. Power right out of the box is impressive using TOP GAS / GREEN GAS at 310fps Strong power and recoil. Excellent value for money given the feel and performance!
The HFC M190 is completely metal and only weighs a few ounces less than the real M92. The only visible plastic part on the outside of the gun is the grip. Metal parts included: slide, barrel, magazine, frame, recoil spring guide, hammer, safety, slide stop, rear sight, trigger, magazine catch.
It comes with a built on rail for mounting accessories. A laser can be mounted on this rail in just minutes!

Velocity: (For the best accuracy with this gun, we recommend to use .20g and 0.25g BBs)

First off, this is an M9 replica, and all of the real M9 reatures were captured EXCEPT for the decocking saftey, which it still has an awesome double action trigger. It has THREE trigger modes that i have found. One is Double Action, two is Almost a Half action, and thirdly is single action. But with no decoking button its kind of dumb because you first cycle a round then you have to take the magazine out and bring down the hammer to either double or the half action (BTW your gun is in half action when you receive it) and dother than tht it performs flawlessly

The color and finish on the gun looks just weird, but with most metal guns, they will scratch on occasion anyway. also, the saftey wasn't even movable the day I got it, it had to be super-lubed with silicon oil spray. otherwise, this gun has it all for a starter gas blowback pistol and runs great on Propane!

Fiber optic sights would have been better but other that everything was fine.

Great gun if you are willing to spend the money but buy extra clips because you will go though them fast.

It's FULL metal. The field strip is nice. Blowback is strong. Feels exactly like a real M9. Accuracy is GREAT for a pistol.

Nothing too important, but I would like to have rubber grips and a dot on the front sight maybe.

For this gun I bought some fluorescent green tape and I cut 3 little circles and put one on each iron sight so now all I have to do is line up the 3 circles in a row and shoot, just like in Call of Duty 4! Oh yeah, make sure to lube this thing often because it is after all, a gas blowback.