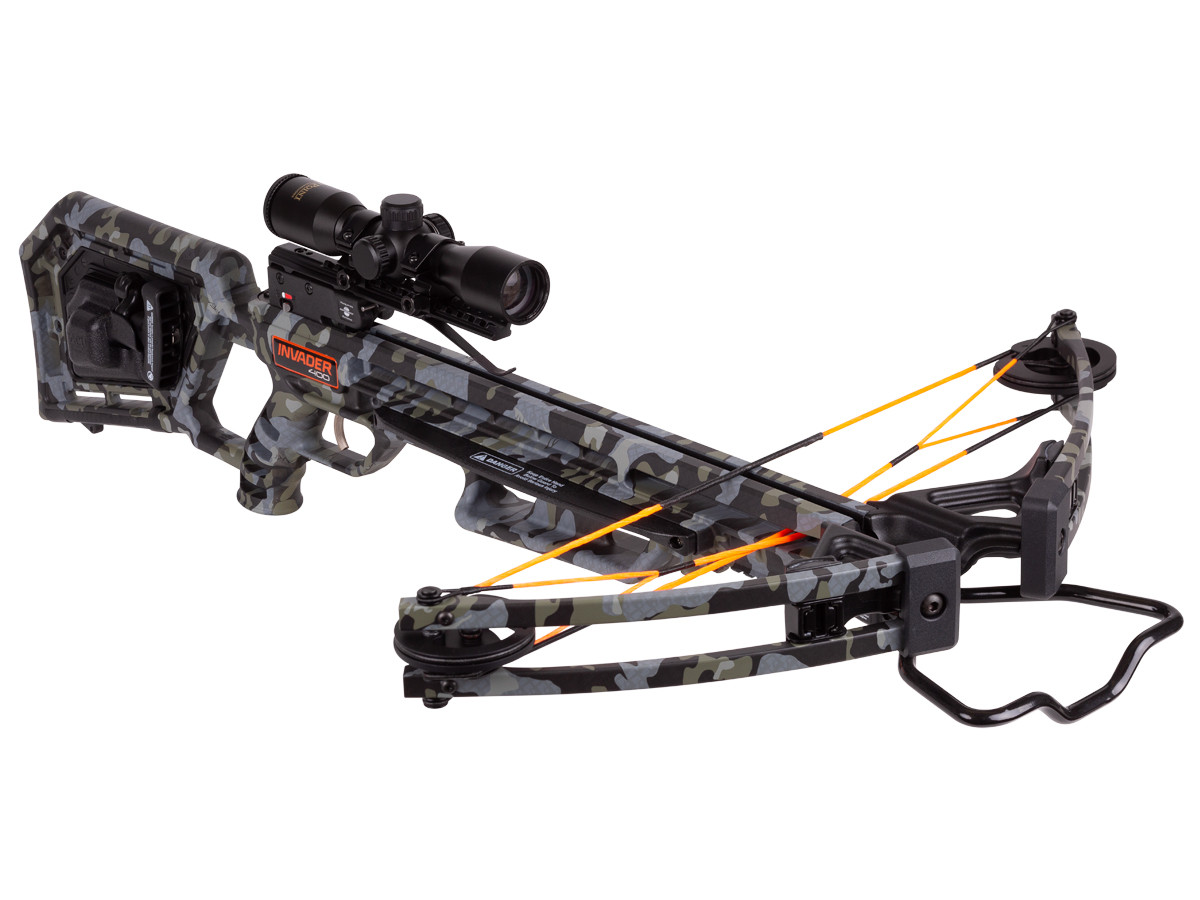 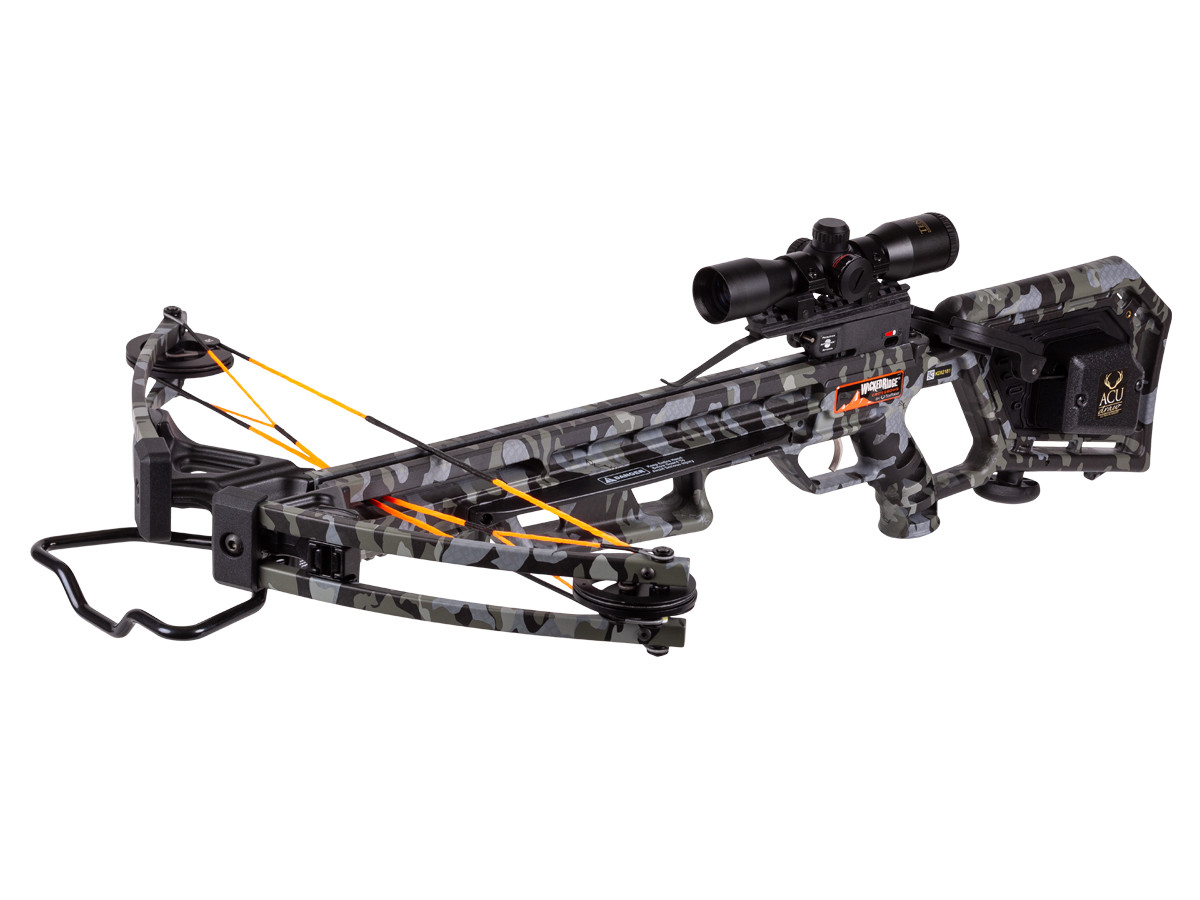 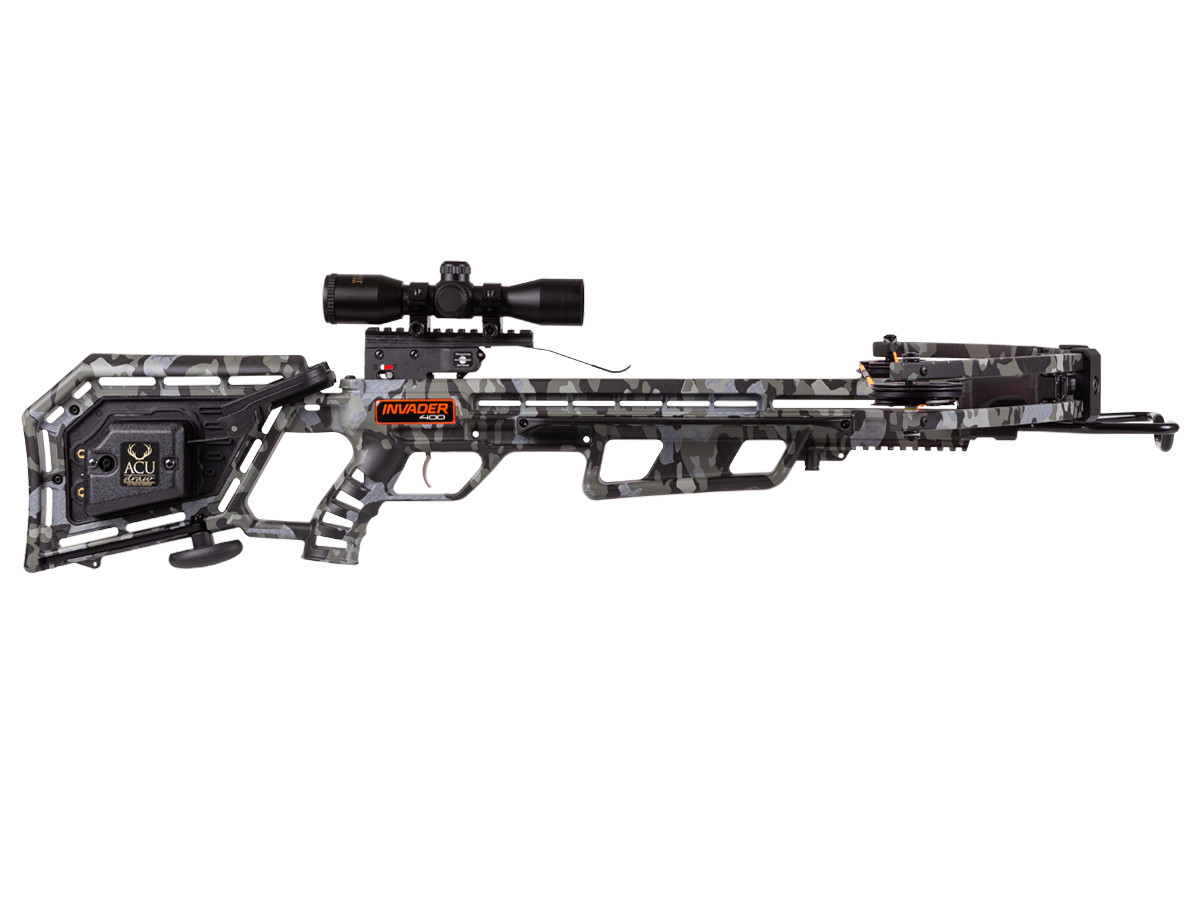 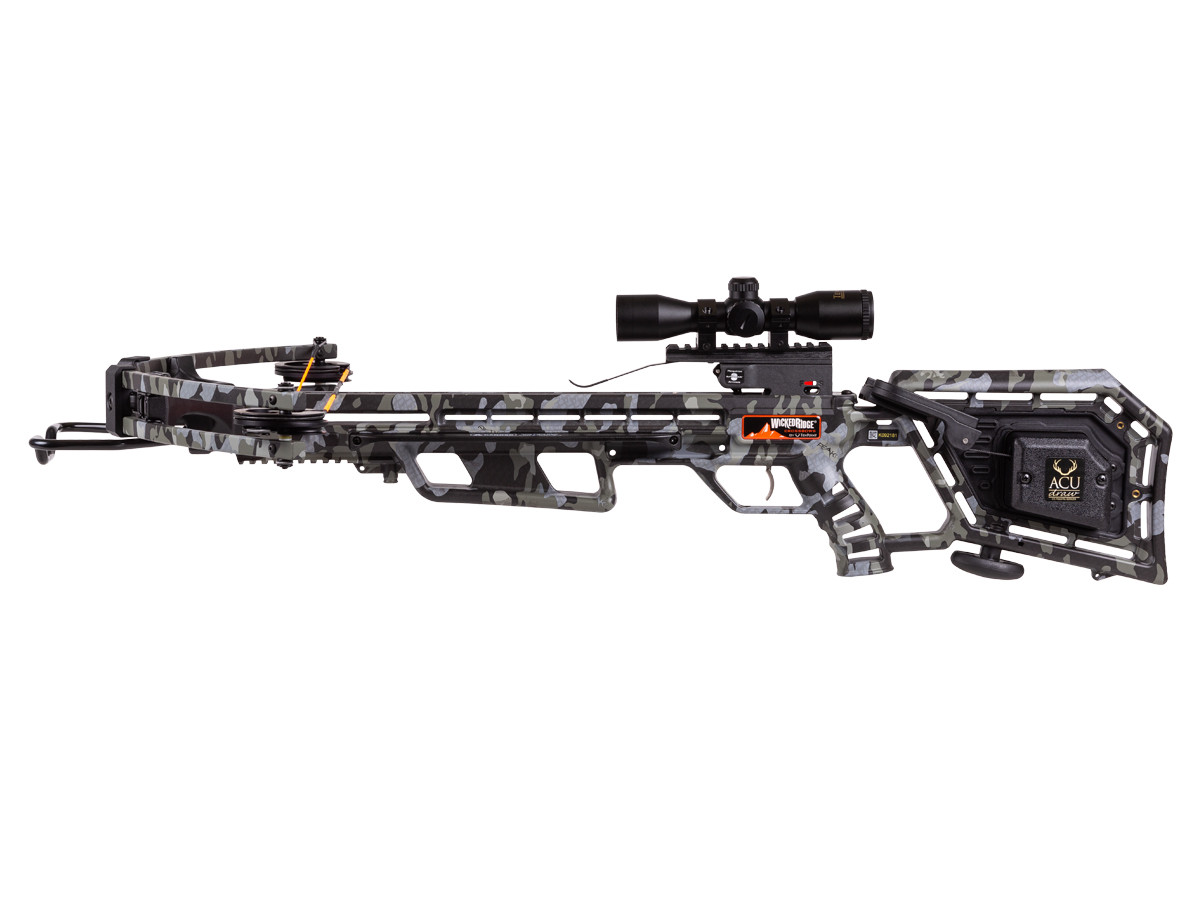 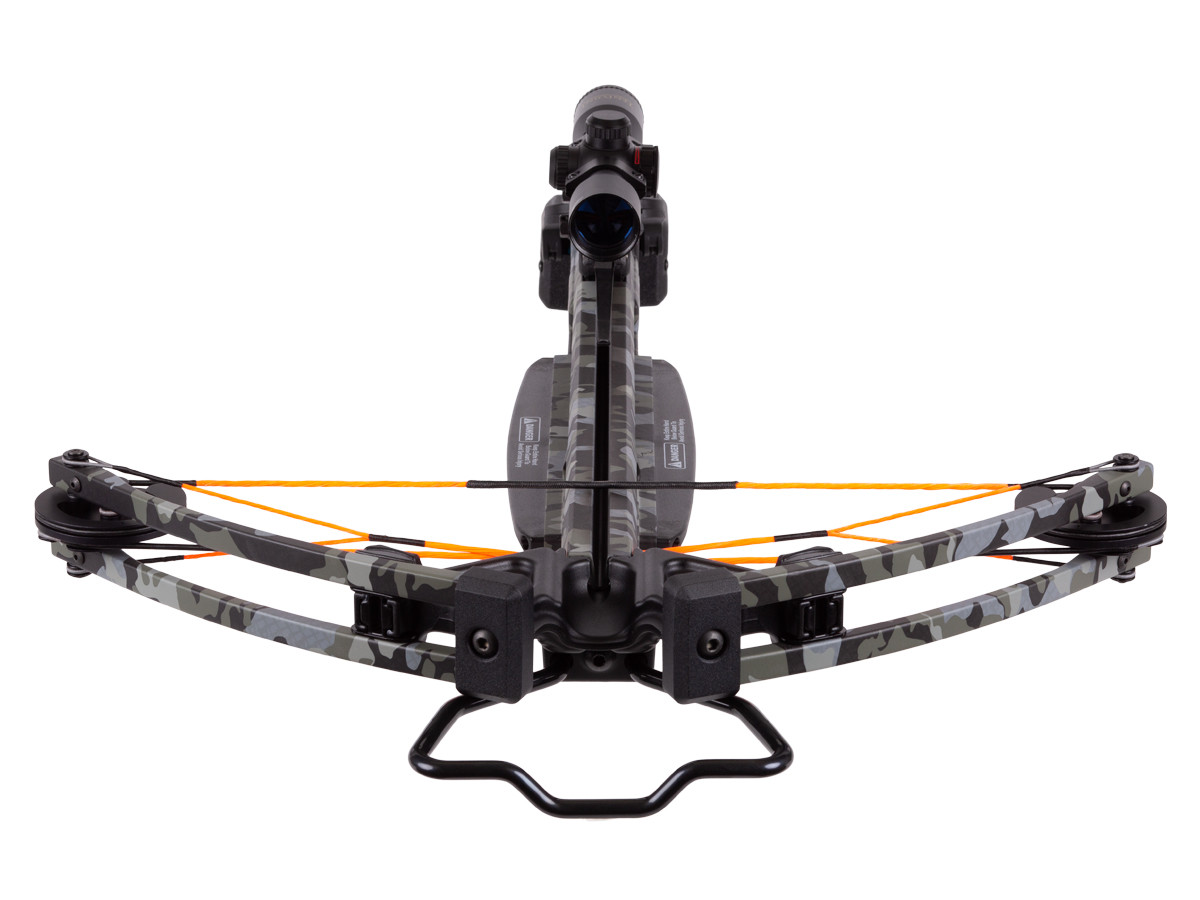 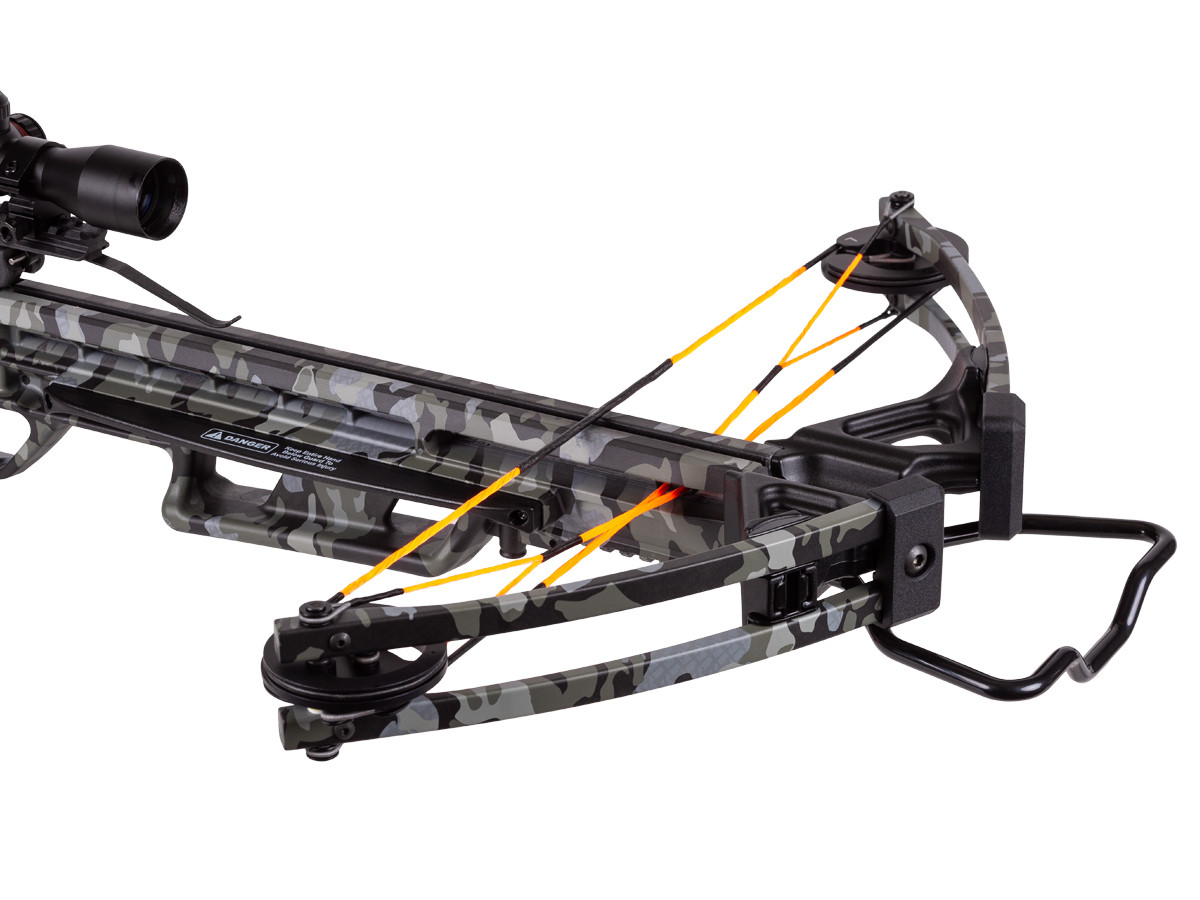 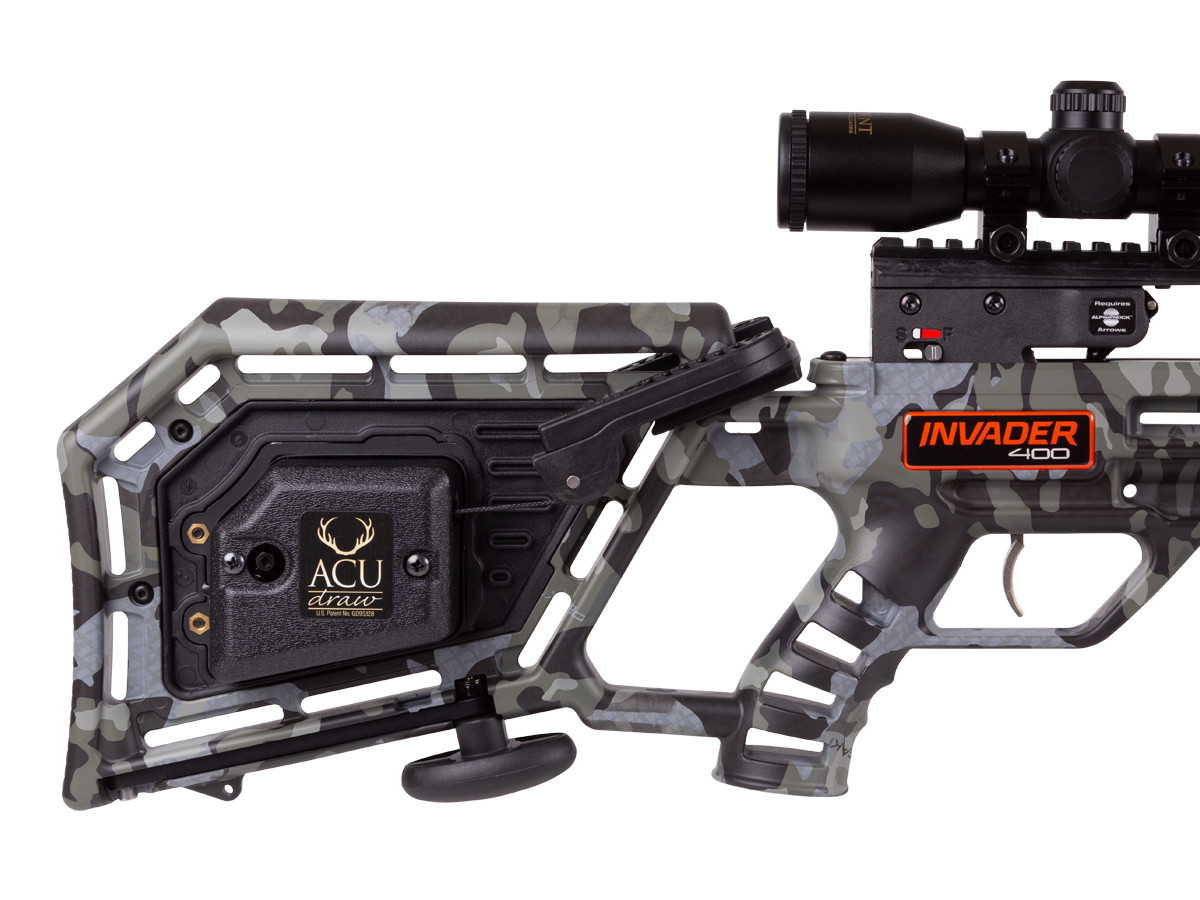 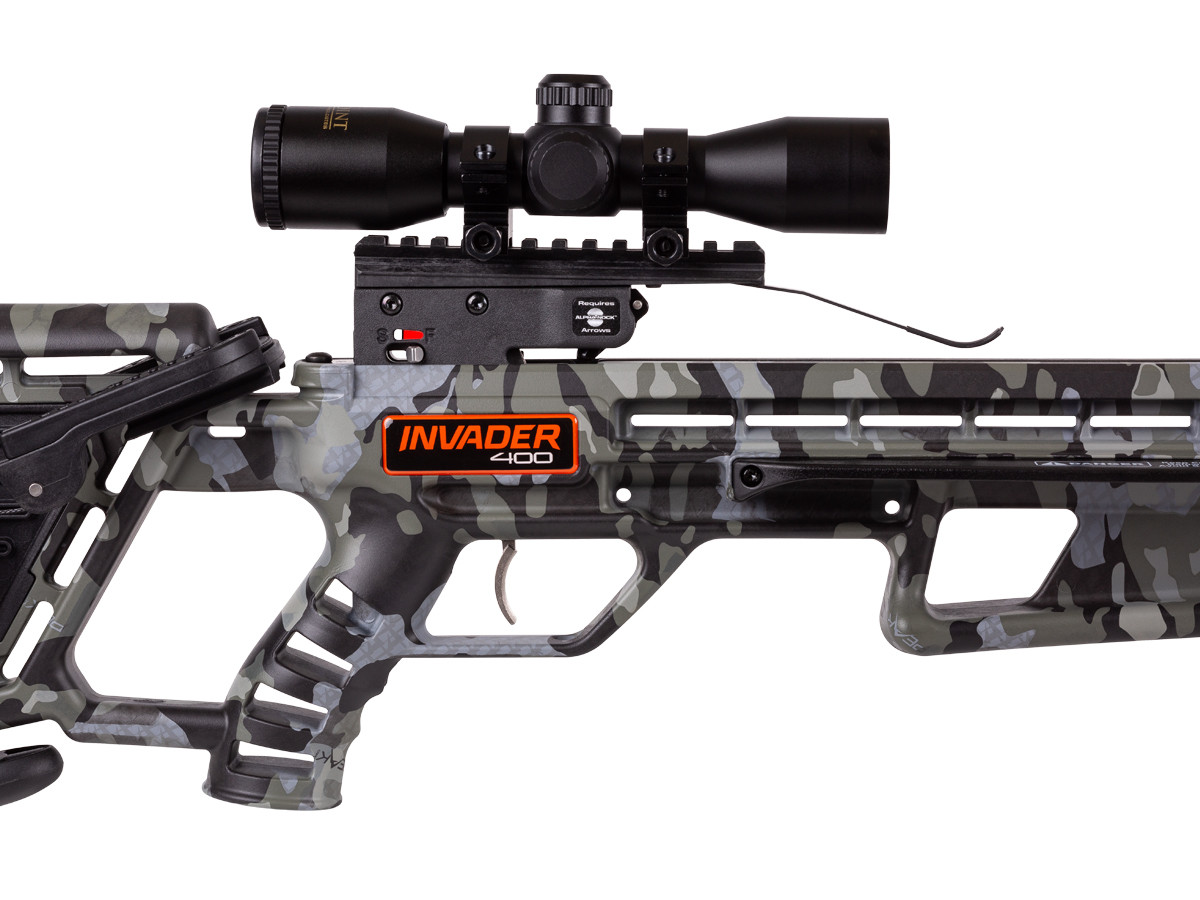 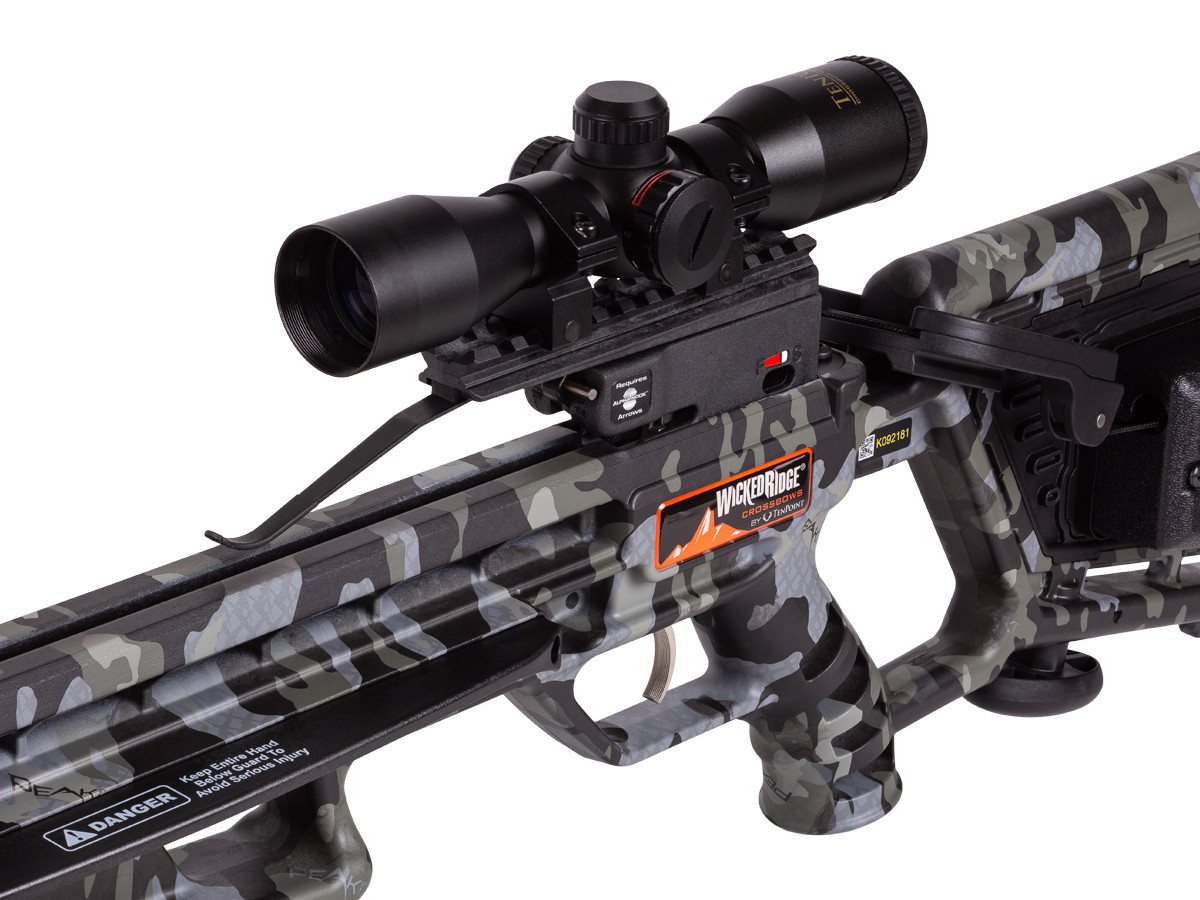 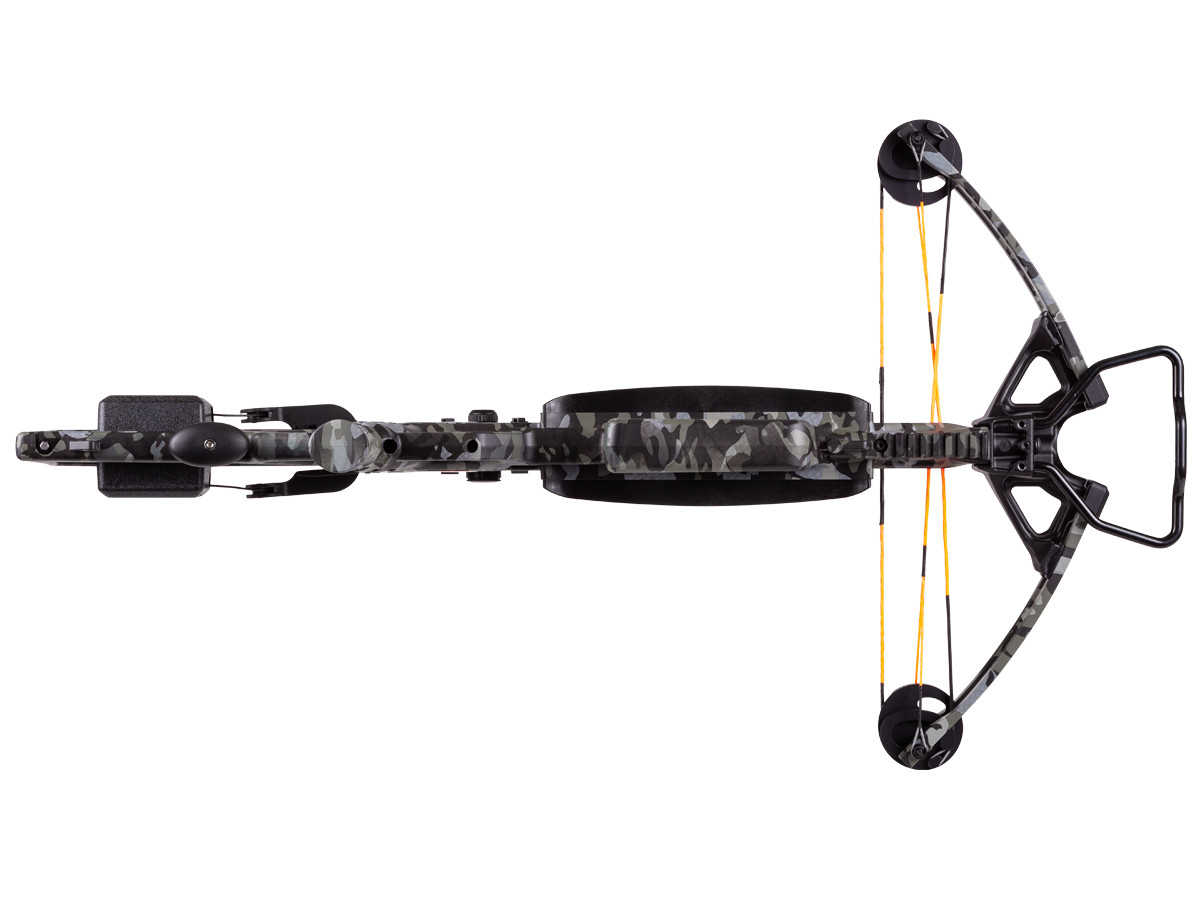 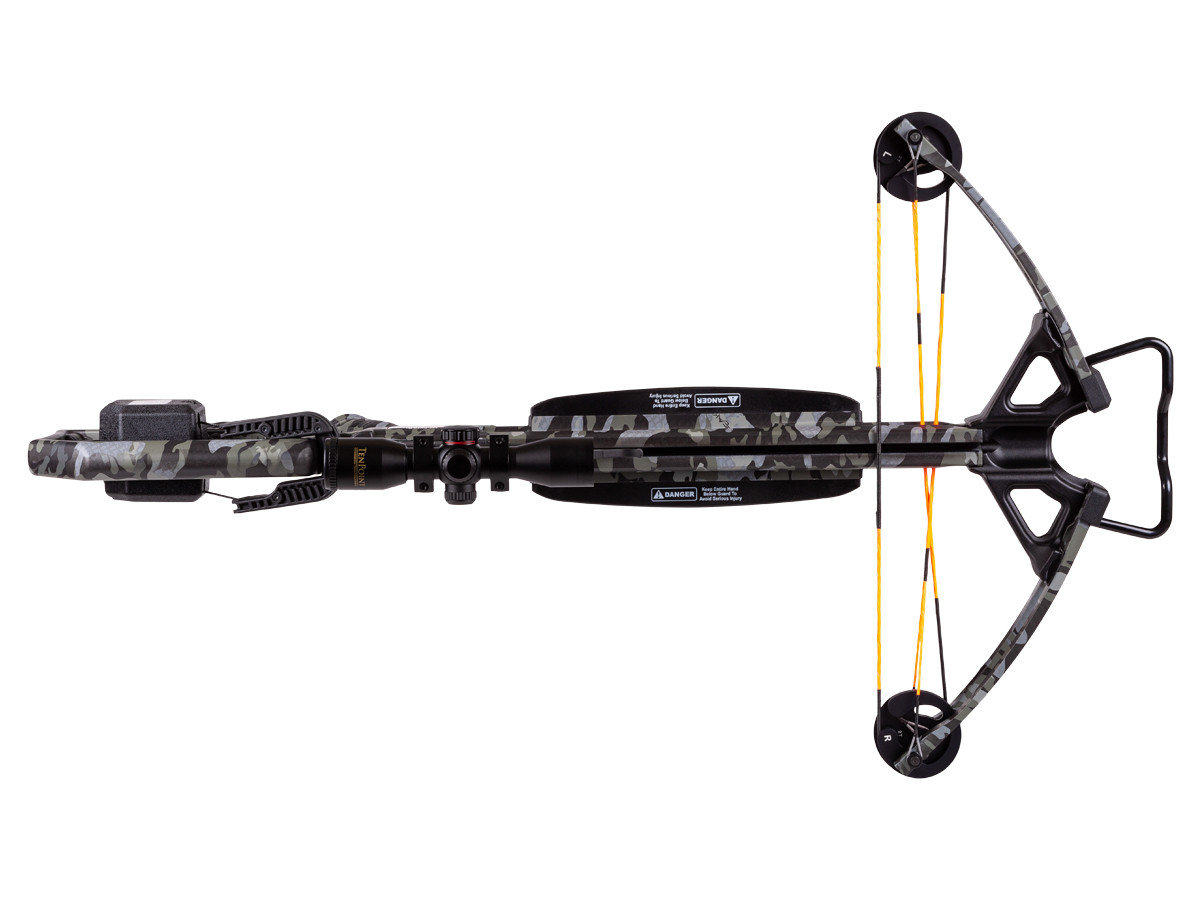 An updated design on the best-selling Wicked Ridge bow ever made, the Invader 400 is a lights-out performer. Ready to take down your next piece of wall art or help put the next meal on your family’s plate, the Invader 400 is 100% made in America and features only the best components.

With a built-in cocking mechanism and an ultra-light stock, the Invader 400 tips the scales at a measly 6 lbs and is capable of achieving speeds of 400 FPS with up to 140 foot pounds of kinetic energy. All that is done through a short power stroke of just 13.5”.

You’ll love looking through the optic at your target with the included Ten Point lighted 3x Pro View scope. Also included in this package are three (3) of Wicked Ridge’s popular XX75 aluminum bolts and an instant detach quiver to make setting up and getting ready to hunt a quick and quiet process.

I sold and serviced bows and crossbows for years. My buddy purchased this bow from another retailer, expecting the speeds to be as advertised. He didn't believe me when I told him not to get his hopes up. Using the factory bolts and some slightly heavier bolt combos I had made up we put it over the chronograph. Velocities we're: 341, 342, 342, 341, 341. EXTREMELY consistent, but not even CLOSE to advertised speeds. The thing is, tenpoint and wicked ridge by default, advertise their bows factory speeds with the LIGHTEST bolts safe to shoot and not with real world hunting weight bolts. They're well built and accurate, but do not think you're getting 400 fps out of this bow, because you will be disappointed. It is very accurate and stacks bolts to 50 yards all day as shown by the insanely low velocity spread. It did need some sound dampening and I'm sure that didn't help velocity, but if you keep your shots within reason and take ethical, responsible shots this bow will do well.

1st crossbow ive ever owned. And not sure if ill ever purchase another model. The accupro makes cocking the bow a breeze. The illuminated scope was just a few shots away from being right on the money. I did purchase wicked ridge match 400 arrow bolts to go with it and they are great also. A string dampening kit and limb dampeners. Ive put 3 bolts within 1-2 inches at 50yds and closer in all the better. Great crossbow. Cant wait for bow season this year.

Only use bolts with the WR alpha nock system, otherwise the warranty gets voided. Wicked Ridge match 400 bolts with 100 grain tips seems like money for me.

This is an impressive machine for a bargain price. My shots at 50 yards are within an inch of my bullseye.

I am buying a sling to carry it over longer distances.

Complete Setup Without Zero In

Complete Crossbow Setup With Zero In

USD
Does not include shipping and tax
Checkout
×
×
×
×
Cyber Monday SALE - 11% off* | Use code: CYBERSAVE11 at checkout! View Deals