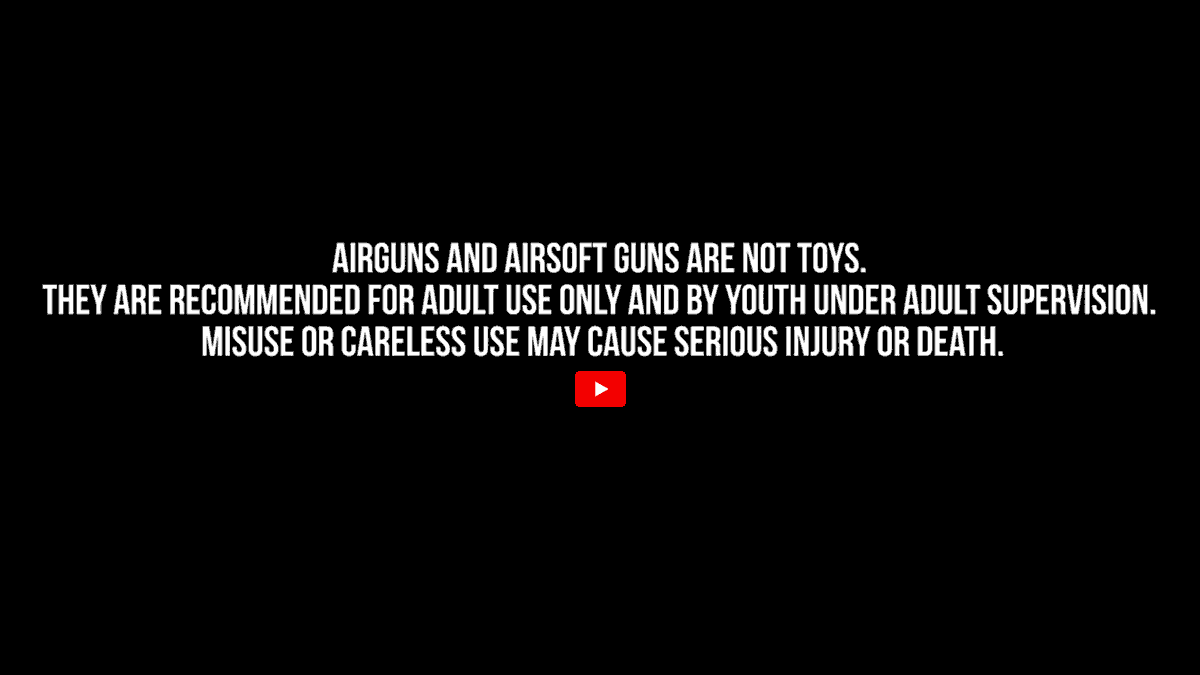 Welcome to the Pyramyd Insyder. I'm Tyler Patner. And today we're going to be covering seven things that you need to know about air gun Ammo.

Now, if you're new to air guns, this video is for you, we're going to be deep diving a little bit into the various calibors, the different types of Ammo options that are out there, what they're good for, what they're not. If you're an experienced air Gunner, maybe this video isn't for you, but if you stick around, you might learn something. Let's do this. Now, a lot of folks ask, how many different calibers of Ammo does Pyramid Air sell? Well, the short answer is eight.

And one of the common questions we get, especially with the growing popularity of air gun hunting, is what is a big bore round? What calibers does that reference? So basically, folks, anything from 177 up to 25 is considered small bore. Now, personally, I consider 30 and most 35 calibers in a mid bore category, but really, anything that is a big bore. We're talking about 35 and larger.

And right now, your predominant guns are going to be 35, 45 and 50 caliber in that big bore category. Now, the third thing you need to know are the different pellet shapes that are out there. Now, this is kind of excluding round balls or BB's. Your first one is going to be your domed pellet. Now, this is also referenced as a round nose pellet.

These are great for target shooting, also good for hunting as well. You have hollow points up next, like this JSB Hades here. And these are going to be best suited for hunting. Good expansion, usually out of most of your hollow point designs. You also have pointed pellets, which are probably the least common pellet, but a nice point there obviously made for penetration.

And then, of course, you have your flat pellets, flat nose or wad cutter. Now, these are really purpose for target shooting and punching clean holes in paper. And number four, we're going to talk about BBS. Now, most folks think BB's are strictly 177 caliber little steel ball bearings. That's not quite right.

We have a couple of other materials out there that are typically used for BB's. On top of your steel and zinc, you have the HNN Excite Smart Shot BB's. Now, this is actually a lead core, copper coated BB, so much like a copper jacketed bullet. This is going to deform quite nicely and flatten, mostly when you shoot a hard target. So this is what we would consider a low ricochet BB.

And you also have these Dust Devils right here from Air Venturi made in the USA that actually are frangible. And what that means is that they break apart when they hit a hard target. And these are really cool because it's a very safe training tool for those BB guns out there. You can shoot your steel, you get the nice ring, but you don't have to worry about shooting your eye out like Ralphy, ricochet is not a concern with these guys. So BB's have definitely developed over the last couple of years.

This is relatively recent, despite them being around for so long and one other tidbit about BB's, they are a little bit smaller than their 177 caliber counterparts in the Pellet world. So just something to know if you're trying to use BB's and a Pellet gun, pellets and a BB gun doesn't always work. So keep that in mind as well. At the five spot lead free pellets. Now, most pellets out there these days are lead based pellets, almost pure lead for the most part.

But you do have your non lead option, like the Predator GTO line of Pellets, the H&N Green line of pellets as well. And there are a handful of others. And these are great for those of you that are trying to be a little bit eco conscious. Or maybe if you're worried about a young shooter having lead exposure, things like that, these are what those lead free pellets are going to be great for. They're usually made out of tin, zinc, a couple of other materials as well.

They can be a little barrel particular, so something to keep in mind, you do want to test them, especially for those of you that are going to be using them for small game hunting, and they are usually a bit lighter. So I don't tend to recommend them in use in spring piston and gas piston guns, although there are some exceptions to that rule. But for CO2 guns for your PCPs, they are absolutely phenomenal. Your multi pumps as well. They're a great option for those of you that are looking to get the lead out.

Now at number six, we're going to talk about slugs. Historically, in the air gun world, slugs are really referring to big boar ammo like this. 45 Cal here, and they come in different shapes, of course, but in the recent past the last couple of years or so, small bore slugs have become a real thing in the air gun world. This is a. 25 caliber H&N HP slug here and really great option.

But H&N JSB and a bunch of other manufacturers have come to the plate with small bore slugs in 177 all the way up to 30 caliber that offer you a higher ballistic coefficient than your Pellet counterparts. And these are really great for PCPs. That higher BC means you're going to get more retained energy and velocity down range. And they're really phenomenal for reaching out and touching things at those long distances. Whether it's pest control or just general target shooting as well.

They buck the wind really well. And if you have a gun that shoots them, they can be a real advantage of distance. Now. Last but certainly not least, one of my favorite things in the air gun ammo world are arrows. Yes, you heard me, right.

Arrows from air guns. It's a thing, and it's a thing you need to be aware of now. This is a Seneca air Bolt. This is a. 45 caliber.

These guys will fit in most of your 35, 45 and 50 caliber PCP air guns and shoot very fast. I'm talking over 500ft/second. They are awesome. There are also a host of other air guns from companies like FX, Hatsan, Umarex, Benjamin, where they have Arrow systems that slide over a barrel. So a little bit different than this AirBolt here, but shoot just as fast.

Awesome. Awesome use of air gun technology to fling an arrow. Really cool something you need to check out, especially if you're into big game hunting. Thanks for joining us today. As we covered seven things that you should know about air gun Ammo.