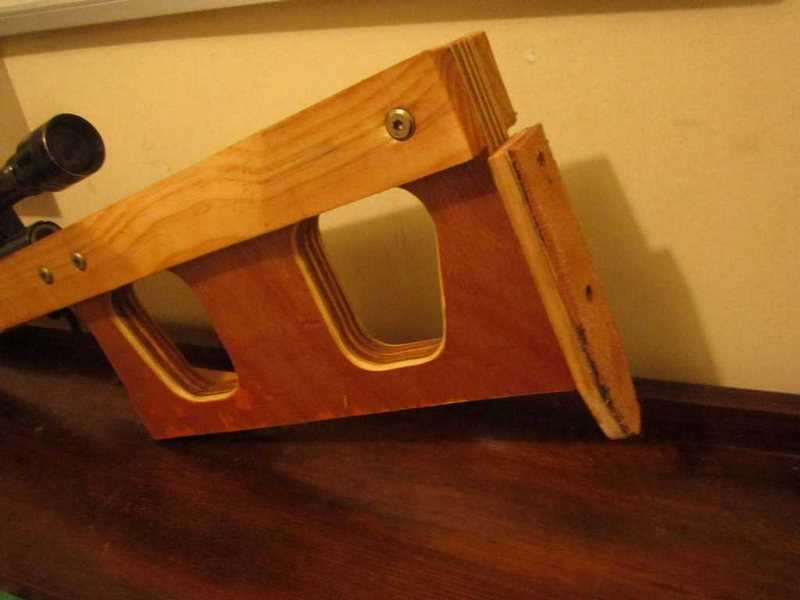 A Leapers 3-12x tactical mini-scope fits the CF-X with room to spare. B-Square high mounts give plenty of clearance.

The Gamo CF-X is a popular spring-piston rifle that I “tested” for you by surrogate on Friday, Jan. 6, of this year. I made some assumptions in that report. Now that I’ve tested an actual CF-X in the field, it’s time to see how close I came. I mounted a Leapers 3-12x power compact tactical scope just for the CF-X guy to see how that scope works on the rifle. The scope rode in B-Square non adjustable 30mm rings with a B-Square scope stop placed behind the rear ring.

A first look at the rifle
The CF-X is a fixed-barrel underlever spring gun that uses a rotary breechblock to access the barrel for loading. Because this is a BSA design and because Gamo owns BSA, I assumed that the rotary breech would be similar to the one on the BSA SuperStar I shot years ago. The CF-X is a much smaller rifle with a narrower spring tube. It’s also a bit lighter. In fact, I find the CF-X to be very light for all the power it has. I guessed that cocking would be smooth, and it is. The CF-X is the most refined powerplant Gamo has yet fielded. When it shoots, it’s just as smooth – a fact I got wrong in the earlier report. I had thought there would be some twanginess to it, but the rifle I tested is quite smooth.

The trigger
The CF-X trigger is classic Gamo. It’s extremely creepy with a long second stage pull. It takes a lot of getting used to. However, these triggers do wear in with time and will become crisper (or able to be adjusted to a crisper pull) after they have some time on them. To their credit, Gamo puts a manual safety on the gun. Once it’s cocked, you’re ready to go.

The rotary breech
I do not care for the rotary breech, but if it’s necessary, I’ll live with it. Round-nosed pellets tend to flip around backwards on the loading ramp, which takes time to sort out. I soon learned to load this rifle horizontally instead of resting the butt on my leg (like I usually do) because many pellets fell back out of the breech. The loading ramp on the CF-X is also not as smooth as the one on the BSA I tested, so this gun REALLY flips pellets if you’re not careful!

The breechblock rotates to the left, revealing a groove that guides the pellet to the barrel.

Accuracy
I learned that the CF-X does not like heavy pellets! It threw Beeman Kodiaks and Crosman Premiers 10.5-grain pellets all over the place at the 33 yards I had the target placed. Group sizes of 2.5″ to 3.5″ were common at that range, which is way below acceptable accuracy for a gun in this price range. Then, I tried Crosman Premier lights – the pellet of choice for many spring gun competitors in field target. The groups climbed up on the target about three inches and shrank to less than 1.5″ for five shots. I was onto something, but still shooting poorly.

None of the usual techniques worked!
Group after group was a heartbreaker, with three shots going into an American quarter and numbers four and five opening it up. I tried every technique I know, and even held the rifle firmly to see if that was the solution. It wasn’t. I also tried something that usually doesn’t work – I rested the gun DIRECTLY on a sandbag without a hand in between. Voila! The groups tightened by a third! My best group of the session at 33 yards was one that measures 0.886″ – just over 3/4 of an inch. I shot enough similar-sized groups with this technique to know that this one is not a fluke.

While the CF-X is not in the TX200 class for accuracy, it’s right there with most RWS Diana guns. I know I said yesterday that an RWS Diana 52 can almost keep all its shots on a dime at 30 yards, but I believe the CF-X can do it, too. With my limited test, all I did was establish that the gun can shoot – I have not pushed it as far as it will go. Just hand-sorting the pellets should eliminate another quarter-inch from the groups. And, who knows what the absolute best pellet may be? Discovering that requires an investment in range time.

Gamo Raptors!
I couldn’t get Raptors to print on the target paper at 33 yards, so I backed up to 15 FEET and shot a couple. They were already beginning to disburse at that close range, so I knew they would be wildly inaccurate in this rifle. I then moved the target to 15 yards (45 feet) and proceeded to shoot a five-shot group that measured 1.065″. At 33 yards, that would open to a four or five-inch group which is absurd. The Raptor is not a pellet for the CF-X. CF-X guy – if you want to shoot tin cans with them, make sure they’re close.

My take on the Gamo CF-X? It’s a heck of a lot of air rifle for the money! The action is tight and smooth and the rifle is light and very easy to cock. The trigger is the worst feature, but it’s one of the better Gamo triggers I’ve seen (and we know it gets better with use). The rifle is surprisingly accurate, and I will be recommending it to a lot of new shooters. The Leapers scope and B-Square mounts made this test very easy and pleasurable.