See? I didn’t make you wait very long. Today, I’ll reveal the bias that unfortunately crept into my test. While it renders my findings inaccurate, it doesn’t destroy everything. Though the velocities I have reported in this blog have all been potentially too low, they have also all been in the same region, relative to each other, and I think we can say that the new breech seals have worked. We just can’t say it as precisely as I had hoped.

A funny thing happened
And not the ha-ha kind of funny, either. It was the,”Oh no!” kind that humbles us all.

As I was finishing the last of the velocity chronograph work with the higher leather seal, I happened to notice that the left forearm screw seemed to be loose. It was loose and so was the other forearm screw and the forward triggerguard screw. In other words, all three screws that hold the rifle tight in the stock had gotten loose, so I tightened them all.

The next shot through the chronograph was 30 f.p.s. faster than the one before it.

I felt exactly like the time on my psych finals when I discovered at the end of the test that I had been using a plain No. 2 lead pencil to mark the answer sheet instead of the special blue/black mark-sense pencil we had been given at the start of the test (those were the ’60s, don’t you know). Could I ever go back and cover every pencil-mark answer made in the three-hour exam with the right kind of pencil in the five minutes that remained? I could–as things turned out.

The gun works better (shoots faster) with tight stock screws. I’m sorry I didn’t check for it earlier, but I had no idea there would be such a huge difference! I knew stock screws affected accuracy, but velocity?

Hold me!
Then I thought about some tests I had conducted back in the days of The Airgun Letter. Some airgun tuners told me there would be a velocity difference between a rifle held loosely and the same gun held tight. I tested it and there actually was! You can test this for yourselves. First test the velocity of a spring rifle held as loosely as possible. Next, hold the rifle with a death grip and press it tight into your shoulder. You should see a significant reduction in velocity when the gun is held tightly. My Diana 27 drops about 25-30 f.p.s.

What to make of all of this?
The data from each of the tests indicates that the rifle is now shooting faster with any of the new breech seals. The seals of low or intermediate height are testing very well, and I have every reason to believe they would also be affected if tested with tight stock screws.

Yes, the results of all the tests are now suspect, because I don’t know the status of the stock screws for each of them. But the general trend toward better and faster velocity seems to hold throughout the series. I’m satisfied with the results of this exploration of breech seals and am ready to move on to look inside the Diana Model 27.

Before we leave this subject, however, let’s take a moment to reflect on what we’ve learned. From the start of this series to now, the velocity of this rifle has been increased by 200+ f.p.s., depending on which pellet you look at. All that came from simply fixing the breech seal, so it leaks less air. That’s a major boost in velocity, wouldn’t you say?

Finally, I think I got a diagnostic out of all of this: when the velocity of a pellet fluctuates wildly, look at the breech seal before anything else. The standard tests of feeling for a blast of air or talcum powder may not reveal what’s going on, so always suspect that seal first. 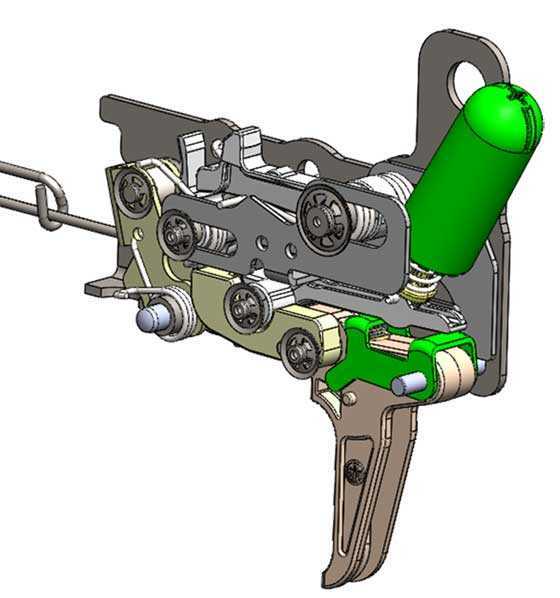