The Nitro Piston Short Stroke is a handsome breakbarrel. My .22 is finished in digital camo, but there’s also a charcoal gray carbon fiber stock, as well.

Today, I’ll look at the velocity of the new .22 caliber Crosman Nitro Piston Short Stroke breakbarrel rifle. There was a lot of interest in part 1, and I see that a few other writers are starting to test the guns, as well. So far, the interest seems to be all positive.

Cocking effort
I measured the cocking effort by pressing the muzzle down on a bathroom scale and breaking the rifle to the cocking point. This was a tricky rifle to measure, because if I went fast the effort increased by 8 lbs. If I went slow and deliberate, the rifle cocked with just 30 lbs. of effort through almost the entire cocking stroke. It actually falls off by a few pounds toward the end of the short stroke. As the shooting continued, I found that I was cocking faster every time, so I’m not so sure the slow part really does anything useful, but the deliberate part sure does!

So, there you are! Cock a gas-spring gun slowly but deliberately, and it’ll be lighter than if you try to horse it. By deliberately, I mean don’t mess around. Hold your hand as far out toward the muzzle as possible to get maximum leverage, which isn’t difficult considering that there’s no front sight. Once you start the cocking stroke, don’t stop.

Crosman Premiers first
The 14.3-grain Crosman Premier averaged 712 f.p.s. The spread went from 695 to 727, so a total of 32 f.p.s. Premiers loaded easily and flush with the breech. The average velocity develops a muzzle energy of 16.1 foot-pounds, making this pellet the clear power champion of the test

RWS Superdomes
RWS Superdomes weigh 14.5 grains and are pure lead pellets. In the Nitro Piston SS, they averaged 694 f.p.s., ranging from 680 to 709, for a spread of 29 f.p.s. The loaded easily and fit the breech well. The average velocity generated a muzzle energy of 15.51 foot-pounds.

RWS Hobbys
RWS Hobbys screamed out the muzzle at an average 771 f.p.s. At a weight of only 11.9 grains, these pure lead pellets generated an average energy of 15.71 foot-pounds at the muzzle. The velocity spread went from 761 to 781, for a total of 20 f.p.s., which was the second-tightest of the test. They loaded easily but were the tightest pellets in this test.

Air Arms domes
Air Arms domes are supposedly 16-grain pure lead pellets, but my scale says these weigh 15.9 grains. At that weight, they averaged 673 f.p.s. out the muzzle for an energy of 15.99 foot-pounds. The spread went from 664 to 679 for a total of just 15 f.p.s.–the tightest of this test. They fit the breech loosest of all pellets used in this test.

More on the trigger
I have to comment on this trigger, as it is one of the nicest I’ve seen on what is essentially a budget breakbarrel. It is two-stage and so crisp and positive! The second stage on my test rifle breaks at a repeatable 3 lbs., 12 oz. and is so crisp that I guessed it was a full pound lighter. If you like nice triggers on your rifles, you should like this one.

Just for fun, I adjusted the screw a full turn in each direction, but the only thing that changed was the length of the first-stage pull. The pull-weight remained constant. The second stage was also mushier after adjustment in either direction until several shots had been fired. Then, the crispness returned.

I also praise Crosman for leaving the safety manual. Nobody likes or needs an automatic safety. The safety on the NPSS works so smoothly and easily when you want it, yet it never forces itself on you. If I’m ever asked to testify about how safe I think automatic safeties are, I will say that I think they’re dangerous. They foster practices where a shooter cocks and loads the rifle, then immediately takes the safety off. I would rather have the responsibility of putting on the safety left up to the shooter, because they know when they need it and when they don’t. An automatic safety makes them take the safety off automatically without thinking. So, it might as well not be there.

This will be a fun gun to test for accuracy because it shoots so smoothly! 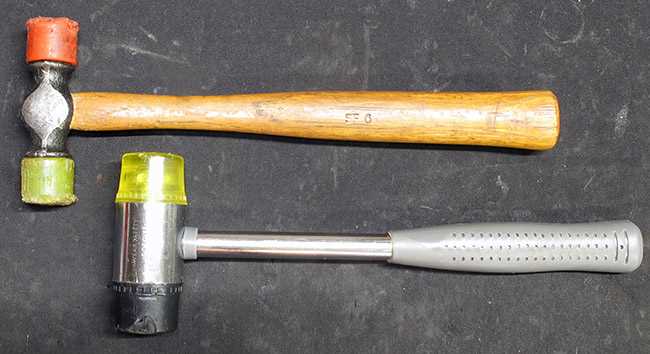 The tools you need: Part One