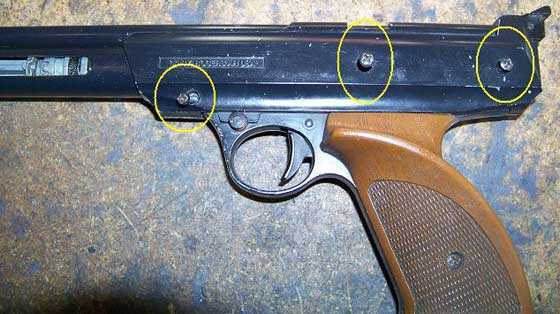 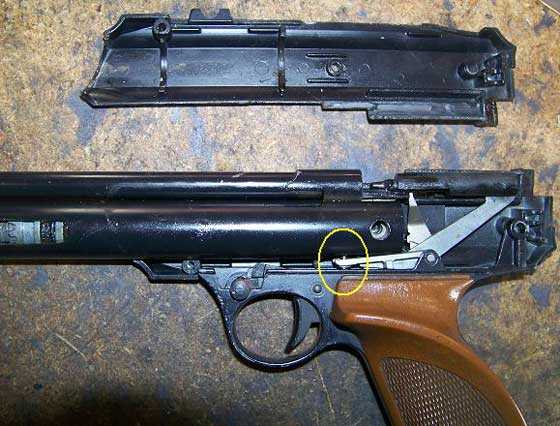 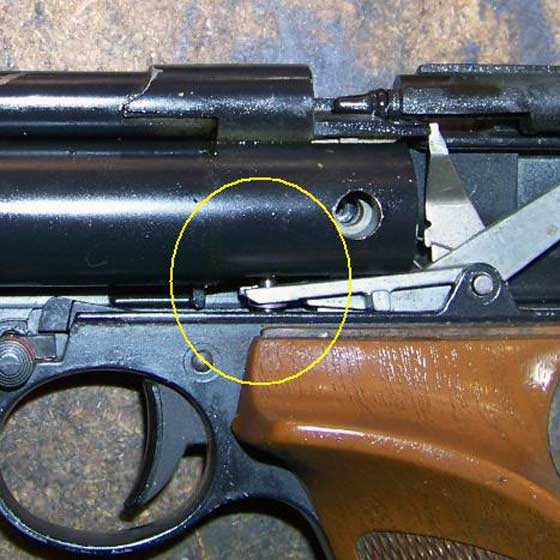 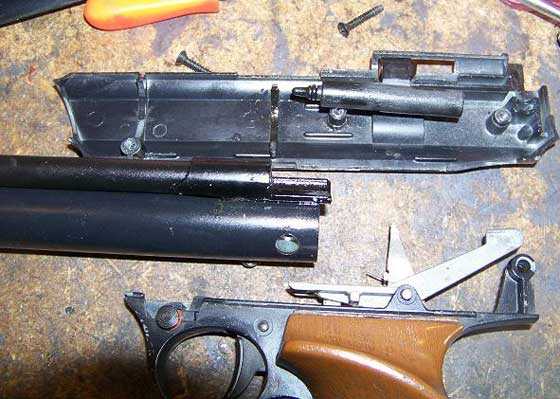 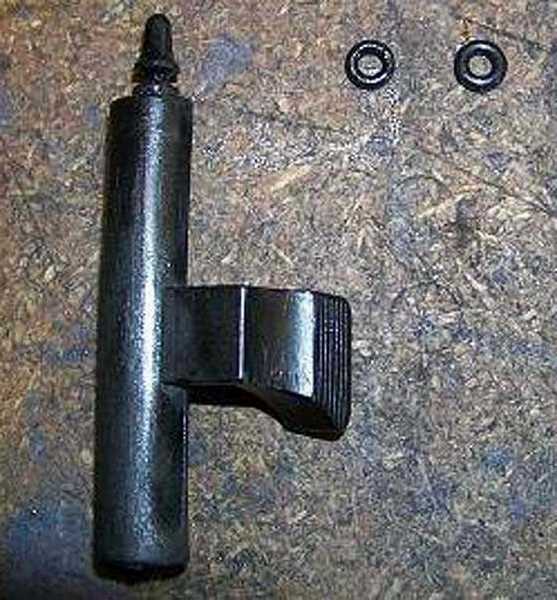 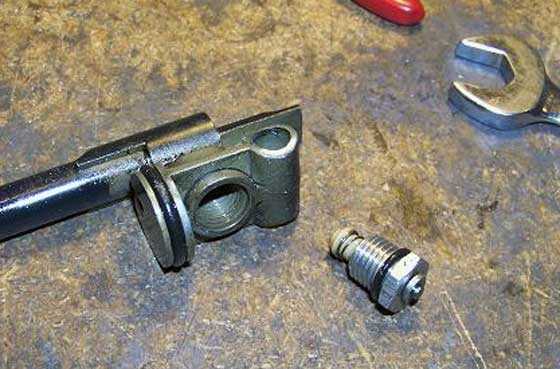 I took out the valve, again. (I cheated. This is the old barrel. When I originally did this, I neglected to take pictures, so I’m showing these steps using the old barrel as a model.)

Hmmmm. No lint, no dirt, nothing apparently wrong. Aha! Maybe I just need to use that other valve assembly I bought after all! So I grabbed it, reassembled, pumped, and…sssssssssssss.

Right. Back apart, again. Looking at the guts of the valve, it’s obvious that the fault lies either in the valve plunger or the seat. Since I changed the plunger, that leaves the seat. It shows no obvious flaws, but I know that there’s got to be something wrong with it. So, I dug up a rounded Dremel-type stone that will fit the seat. 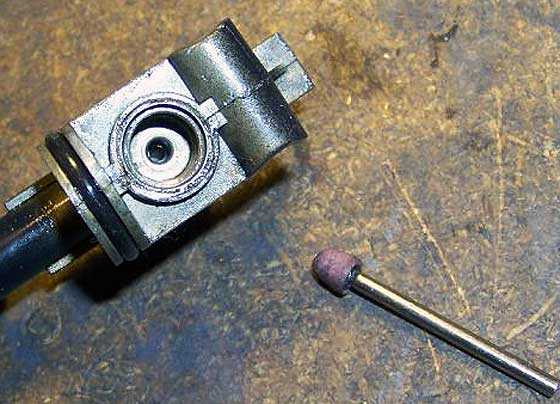 Gently, by hand, I reface the soft pot metal valve seat. I’m emphasizing gently and pot metal because someone might be tempted to go a little too nuts. The leak was obviously rather small, so the flaw in the seat must be pretty nominal. 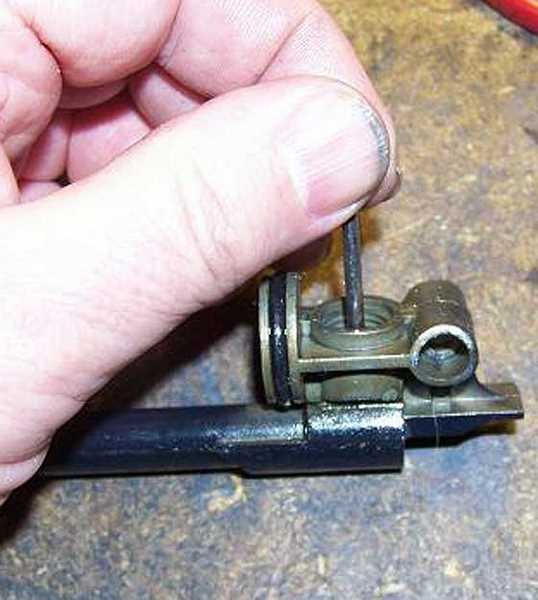 Very moderate-to-light pressure while twirling back and forth for a few seconds.

Clean it out, back together again — with the original valve guts — cock it, give ‘er a pump, and…

No sssssssssssssss! I left it for a few hours and it held just fine. Now I can go back to finding out if my B.B.-induced extravagance on a $10 pistol worked out.

In a word, yes. Suffice to say that my group sizes are cut in half, meaning that it’s shooting at least as good as my Marksman 2004. Which, believe it or not, is saying something, considering how poorly I shoot pistol. One thing that makes it tougher than it has to be is the trigger. It seems awful heavy, and a check with my fishing scale shows it’s breaking at about 6 lbs.

Six pounds? We can do better than that. And I did. I opened ‘er up, again, fiddled with springs and such and cut the trigge-pull weight in half. It’s not quite as straightforward as just putting in a lighter trigger return-spring, because the same spring moves the hammer and opens the valve.

I was able to get around that problem pretty simply. How? That’ll have to wait for another day. 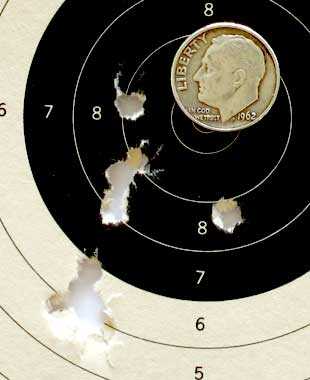 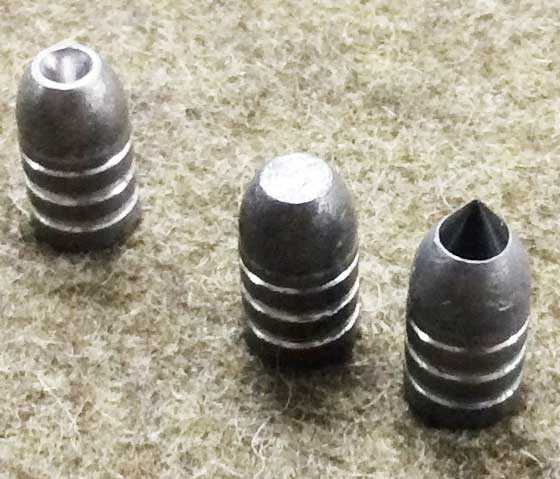