Home > Blog > Education / Training > What is a bull barrel?

What is a bull barrel?

A couple weeks back, a reader asked what bull barrels are. I said I would answer him with a report, and today’s the day. 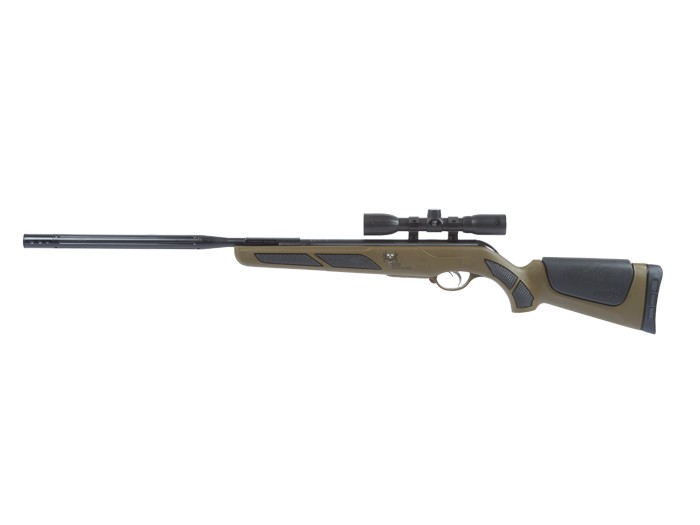 Okay — it’s history time. Remember when you were surprised to learn that the monkey wrench was actually invented by a man by the name of Charles Moncky? Turned out to be a huge 19th century urban legend, didn’t it? Well, the bull barrel was perhaps first popularized by Freeman R. Bull, a machinist and employee of the Springfield Armory in the late 1800s. Mr. Bull was a noted sharpshooter who excelled at offhand shooting, which made him one of the rock stars of the day. Springfield Armory used him often to test various prototype rifles because they knew he would give them the best possible evaluation.

In 1887 the armory made a special long-range Trapdoor just for Mr. Bull. It had a heavy octagonal barrel that was stiffer than the normal, round long-range rifle barrel they had been making. Getting 80 grains of black powder into the short 45-70 case was a real trick that required careful handloading and eventually led to the case being lengthened, but only for long-range target use. This was never a production military cartridge. But Bull’s rifle was a real shooter. He advocated using heavy barrels to cut down on muzzle movement when holding offhand.

Mr. Bull successfully shot his prototype rifle at great distance, but he was always standing in the long shadows cast by both the Remington Rolling Block and Sharps rifles that preceded the long-range Trapdoor by many years. During the last quarter of the 19th century, the government was engaged in a continual marketing campaign to prove that the 1873 Springfield single-shot had been a great choice for arming soldiers (despite the debacle at the Little Big Horn), not unlike what they’ve done with the M16. But, in the end, the bolt-action repeating Mauser in the hands of Spanish forces in Cuba put the nails in the coffin of the old Trapdoor. They soldiered on in the ranks of various National Guard units until the end of World War I, but their time as serious first-line military weapons was at an end by the middle 1890s.

So, was Freeman Bull the inventor of the bull barrel? Probably not. The barrel of his rifle was heavy, but it was octagonal, and bull barrels are uniformly round. The popular thinking is that bull barrels get their name from their oversized dimensions, as in “as stout as a bull.” If you go on various AR chat forums and websites, you’ll see discussions about what the differences are between bull barrels and heavy barrels, but that boils down to how many angels can dance on the head of a pin. Bull barrel and heavy barrel are 2 names for the same thing. What throws the AR shooters is that there is a specification for a heavy barrel for an AR-15/M16, and they mistakenly think it applies to all other firearms.

This barrel is sold as an AR-15 bull barrel. It has flutes, but they’re not a requirement for a bull barrel. An AR heavy barrel would be much thinner than this.

So what exactly is a bull barrel on a rifle?

There’s no exact specification for a bull barrel. In fact, the modifiers “bull” and “heavy” can be used interchangeably. If there’s a distinction when 2 barrels are being compared, the bull barrel would be even thicker than the heavy barrel, but that argument quickly becomes difficult to resolve.

Bull barrels in firearms
Being thick, a bull barrel can absorb a lot of heat energy during firing, and therefore it heats up slower than a thin or standard barrel. It also vibrates less because the sheer bulk of the barrel absorbs a lot of the smaller vibrations. The result of these two factors is improved accuracy, but only when the barrel is rifled carefully. When someone makes a bull barrel, they do take great care in rifling it, so it’s almost a given that bull barrels will be accurate. Their extra bulk just adds to the potential. 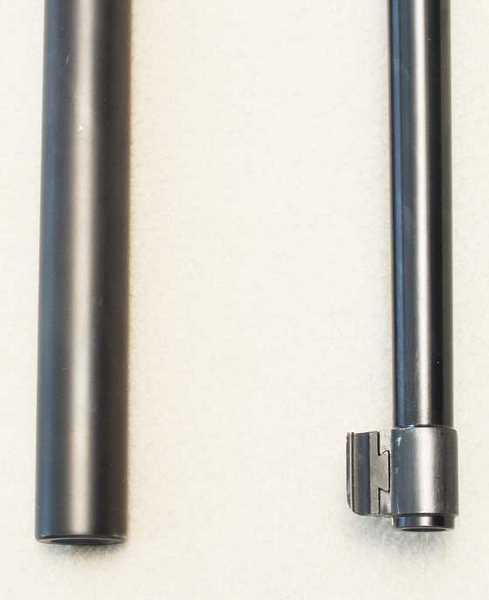 The Butler Creek barrel on the left is sold as a Ruger 10-22 bull barrel. It’s heavier than the standard 10-22 barrel on the right but could also be considered a heavy barrel.

I see some places on the internet where bull barrels are described as having flutes. Flutes are grooves on the outside of the barrel that lighten the weight without taking away any of the stiffness. But flutes are not a requirement of a bull barrel, as these websites imply. They’re just one additional feature that the finer bull barrels can have.

What does a bull barrel do?
Bull barrels do several things that help accuracy. First, all the extra metal does make them stiffer and less prone to vibrate. Every bullet comes out the muzzle with the barrel in the same place, more or less. That’s the artillery hold at work, so a bull barrel tends to give the same benefits and get similar accuracy improvement.

A third benefit of a bull barrel is associated with its weight. Being heavy, it tends to allow the rifle to recoil less, and that helps the shooter cope more effectively. This is especially important when talking about the larger calibers that kick a lot.

A final benefit is also associated with the bull barrel’s weight. It pushes the balance point of the rifle toward the muzzle. Many offhand shooters find this helps them hold their rifles still.

What about airguns?
Airguns can have very heavy barrels that might be called bull barrels. The vibration damping benefit will be the same as for firearms, but heat dissipation is not needed because airguns don’t heat up when fired. The recoil damping benefit is valid for spring guns, which is where the majority of airgun bull barrels are to be found. In fact, many target spring guns of the 1950s through the 1970s had optional heavy steel barrel jackets that could be slid over the regular barrel to give a bull barrel look and benefit. 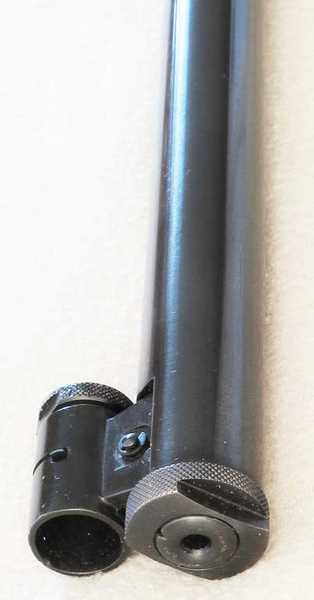 Walther LGV Olympia target rifle has a heavy steel barrel jacket, held on by a special nut at the muzzle. This turns the LGV barrel into a bull barrel.

But plastic is no good! Some spring gun manufacturers are covering thin steel barrels with thick plastic sleeves and calling them bull barrels. They certainly look the part, but they lack the real benefits of genuine bull barrels. Oh, they probably do shoot better than they would if just the thin rifled steel tube were exposed because the plastic does attenuate the vibration patterns to some extent. But they’re not true bull barrels.

Gamo’s Bone Collector Bull Whisper IGT rifle barrel is a bull barrel in name, alone. Plastic around a thin steel tube does not meet the requirements of a true bull barrel.

So, look for bull barrels if you like, but know what they are and what benefits they bring to airguns.