• What is a log?
• Firearms logs
• One of the benefits of keeping a log
• Break my heart
• Remember the Ballard?
• Logbooks for airguns
• Summary
• Ft. Worth airgun show update
• IZH-Baikal guns…going, going, gone!

This is something most of you know you should be doing, but you don’t. I was one of the many; and as a convert, I can tell you what keeping a log has done to my testing.

What is a log?
A log is a record of what was done, when it was done and there should be enough detail to know how it was done and what the outcome was. Organized people find keeping logs to be second nature, while people like me — who live from moment to moment — find log-keeping boring and tedious.

Firearms logs
A firearms log is a memory of your shooting experiences. Not only do you keep the groups you shot, but you also keep the reloading data along with those groups. And you keep a record of the weather conditions on the day they were shot. Otho has been doing this for many decades. I have only been doing it for a few years, but the log has already helped me with my loads, as well as with a better understanding of some of my firearms.

I should keep a log for all my firearms, but right now I’m only keeping one for my rifles. I started out without a format; but within a couple years, I’ve developed a format. I keep the targets with pertinent data. For example, the number of shots is critical because many of my rifles put them into the same hole, and I usually shoot 10-shot groups.

One of the benefits of keeping a log
Something that may not occur to you is a log allows you to compare guns to each other. For example, I was spending a lot of time making loads for a .219 Zipper Improved. The cases had to be formed from 30-30 brass, then they had to be trimmed and so on. The rifle I had in that caliber was a Winchester model 1885 High Wall that had been built by the Mashburn company. It had a single-set trigger. What was not to like? 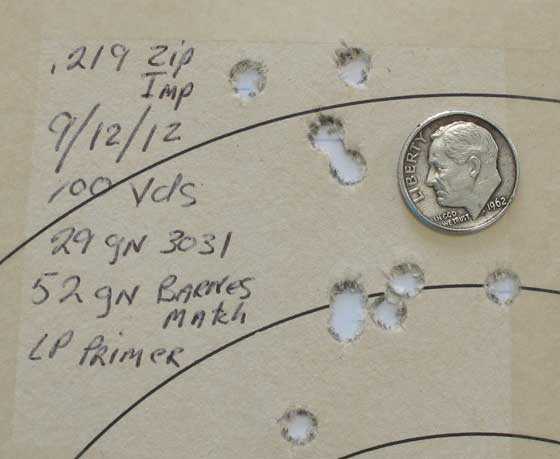 But my plain-jane AR-15 with bull barrel out-shot the Zipper every time. Brass for the .223 Remington cartridge is plentiful (I have about 1,500 cases), and loading is simple and easy. I installed a Geissele trigger in the AR and now it’s my most accurate rifle. It can outshoot the Zipper every time — despite the Zipper needing far more care for its cartridges. Why on earth would I waste my time on a fussy rifle like the Zipper that’s less accurate than my AR? I still don’t like the AR platform, but I will own this particular rifle until I die.

Now, this is a target. My AR did this very early in our association.

It took several pages of targets to prove that to me. When I saw the facts, I decided I could live without the fussy High Wall and could also learn to like the AR. This might never have happened if I didn’t have a log to consult.

Break my heart!
Another heartbreaker is my Weihrauch model 52 Hornet. The rifle looks like a Ferrari, with its sleek styling, double-set trigger and fancy wood. But the logbook says the rifle shoots like a $400 Mossberg with a dirty barrel. I’m still hopeful of finding the right combination for this rifle, because it costs so little to reload for the small Hornet cartridge. But if it doesn’t turn the performance corner at some point, it’s going on the block. 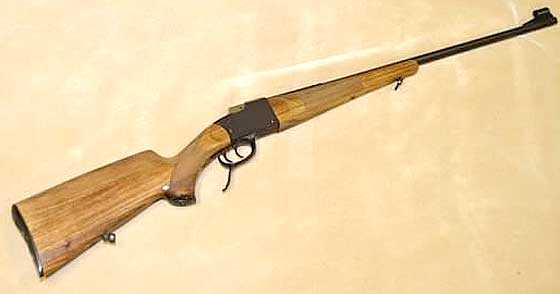 The Weihrauch 52 is a pretty thing. But it doesn’t shoot…yet. 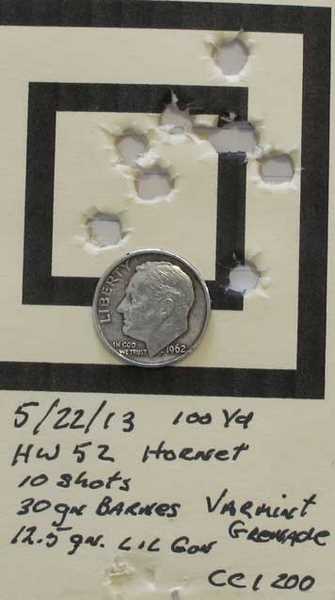 My best 10-shot .22 Hornet target with the Weihrauch 52 is a disappointment.

Remember the Ballard?
I haven’t written about the Ballard rifle for a while now, but it is never far from my thoughts. The targets I’ve saved tell a tantalizing tale of near-misses over the years. But then something happened. I recently acquired a book on buffalo rifles by Mike Venturino. He showed some groups that he was pleased with that I would formerly have been embarrassed to show. Mike thinks a 5-shot 2-inch group at 100 yards is something to be proud of.

My old Ballard has been performing well — I was expecting too much! 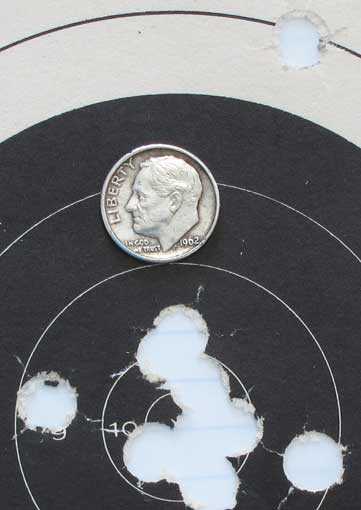 Not a bad group, except for that one that went high and right. Ten shots from the Ballard at 100 yards.

The problem was that I was reading the wrong books! I was reading about Harry Pope and his legendary rifles, when the real world was nowhere near as accurate as the groups shown for those select rifles. Venturino’s book caused me to dig up some of my Ballard targets and decide that the rifle is really pretty accurate, after all.

Logbooks for airguns
I’m sure you get the idea of the benefits of keeping a logbook by now. But with airguns there are some special things to think about.

Summary
When you create a logbook, you’re making a history of each gun you track. The targets mount up over the years and will better serve you than your memory. Working on the book is the least enjoyable part of shooting for me, but examining it has become my new favorite pastime.

IZH-Baikal guns…going, going, gone!
Trade sanctions on some Russian factories have ended all imports of guns from IZH-Baikal, including airguns. Once the guns currently in stock are gone, that’s it. This includes all guns under the IZH-Baikal brand name. Get ’em while you can!