• How an airgun is designed
• Chinese menu
• TX200 — a study in airgun design
• Well, what about Feinwerkbau?
• How the Bronco came to be
• Today’s message


This report was inspired by blog reader Joe, who asked this question yesterday, “Why is it that the TX200 can shoot smoother with less vibration right out-of-the-box, then any other brand of airgun such as Weihrauch, Diana, and this FWB sport?”

Good question, Joe. A lot of other readers asked the same thing in different ways. For example, several of you have said, “I’d like to see Crosman take the Marauder and convert it into a multi-pump pneumatic, like the FX Independence, only not costing so much.”

Let’s talk about that. First of all, “they” are people just like the rest of “us.” Some are smart, so not so much. Some are young and some are close to being on Medicare. “They” are a mix of people so much like “us” that you would never notice them if they walked into the room.

How an airgun is designed
There are lots of different ways that an airgun gets designed. The rarest of them all is the blank sheet of paper. It almost never happens.

Chinese menu
A lot of times, the company whose name is on the gun had very little to do with its design. Someone from a Chinese airgun factory came to them and told them what they could build. How much influence the company had over the design they were about to buy with their name on it depended on how many articles they were willing to order. If they wanted only 1,000 rifles, they didn’t get much choice. If they guaranteed a purchase of 10,000 articles over the next year, they could have almost anything they wanted — sometimes, even things the airgun manufacturer didn’t yet know how to do (but for an order of 10,000, they’re willing to try almost anything).

Other times, the company does get heavily involved in the design of the airgun. They may even be the ones building it. But that doesn’t mean they have a clean sheet of paper. First of all, the marketing and sales team may have input into the new rifle. They’ll tell engineering that the rifle “has to shoot a minimum of 1,000 f.p.s., or no one will buy it.”

Before you point out that you would be willing to buy an air rifle that shoots at 900 f.p.s., please understand that there are only a few thousand of you — while there are at least 10 million potential customers for this new gun who visit their sporting goods chains or big box discount stores regularly. Who is the company going to build the new gun for — 10 thousand or 10 million? If you want to keep your job, 10 million is the right answer.

TX200 — a study in airgun design
If that’s true, where does a TX200 Mark III come from? Well — it comes from a very rare phenomenon. A big company decides to start building airguns for whatever reason, and they hire a real airgunner to run the new company. He knows what’s possible, so he doesn’t build another 1,000 f.p.s. breakbarrel. Instead, he takes a proven design and turns it into something that can also be produced. And, no, it wasn’t the HW77 that he redesigned. What he looked at was the $2,000 handmade Venom Mach II made by Ivan Hancock (Ivan had looked at the HW77 to design the Mach II), and he asked, “How can we turn this $2,000 rifle into something that can be produced for a reasonable amount of money?” Hancock built each of his rifles by hand, and they show it. Building the same thing on a production line is a real trick.

However, they do just that and start selling their new rifles — all the while customers are complaining that the new guns cost way too much! Sure, they do! They’re retailing for $275 (late 1980s) at a time when Chinese rifles are selling for just $30. Compared to the guns coming out of Factory No. 2 in China, the new rifles cost 8-10 times as much for seemingly the same thing. Only, it’s not the same thing, and there are 10,000 people in the world (today — not in 1989) who are educated enough to know it — of whom, perhaps, 500 will spend the sort of money the new gun costs.

Those 500 people will become very vocal over the next several years, causing others to take the risk and buy the new gun, too. Before you know it, 2 decades have passed and 9,000 rifles have been sold. The price is now over $600. At the same time, Factory No. 2 has shipped 250,000 rifles to the U.S. in numerous 40-foot containers, so guys could buy them for $169 at the discount store. And, then, they raved all over the internet at the 1-inch, 3-shot groups they got at 10 yards! And, when the TX200 owners tried to tell them about how nice their rifles were, they were met with a stone wall of derision.

Joe asked me how the TX200 could be so smooth and the typical Weihrauch, Diana and even the new FWB Sport not be. The answer is design. The TX200 uses a central air transfer port, compared to all the others that use an offset port. That means you get more power from less piston stroke. The TX200 uses special tight-fitting rotary bearings around its piston, front and rear. The others use just the piston seal as the front bearing and rely on metal-to-metal contact in the rear. The TX piston is free to rotate 360 degrees around its central axis; the other rifles pistons are held in one orientation. I could continue, for there certainly are more things to compare, but the point is that the TX was designed to be as smooth and powerful as it is, and the other rifles were designed as breakbarrel spring rifles have always been.

I could build a college-level airgun design course around a study of the TX200, but that isn’t the purpose of today’s report. Suffice to say that Air Arms pulled out all the stops to make the smoothest-shooting air rifle they could at a price many people could afford. Not the cheapest gun, which is a point that many people don’t understand. They knew that what they were going to make would stretch a lot of budgets; but to build it the way they had to, it also had to cost some real money.

Well, what about Feinwerkbau?
Why am I cutting FWB so much slack as I test their new Sport rifle? I’m doing it because I know Feinwerkbau and the guns they make. Their 124 also buzzed a lot when it was new, and it certainly didn’t have a nice trigger. But those faults can easily be corrected, and at its heart lies a superbly accurate air rifle. I think the same will hold true with the Sport. From what I’ve seen thus far, it does.

“But, why doesn’t Feinwerkbau look at a TX200 and learn how to build spring guns right?” Well, you might also ask why Corvette doesn’t look at Ferrari and do the same thing? Or why is a $10,000 Rolex wristwatch less accurate than an $800 Citizen Eco-Drive?

Folks, there are no simple answers for any of these questions. Trying to find simple answers is a waste of time since we don’t have insight into what’s happening at the company whose products we’re questioning. But there’s something we can do that does have value.

We can look at the design of the thing we’re examining and see if it has potential for enhancement, or if it’s been designed into a brick wall. I see a lot of potential in the FWB Sport, which is why I’m cutting it a lot of slack. I believe we will see some remarkable tunes based on this rifle in the future — the good bones are all there.

How the Bronco came to be
Finally, I’ll tell you about how the Bronco was designed. That’s a different kind of an airgun design — one that sprang from a gun already in production. I saw a youth gun that Mendoza made that was so dog-ugly no American airgun dealer would stock them, and nobody who saw one would buy it. It was called the Bronco RM-10. The stock had a huge kidney-shaped cutout in the butt that looked odd, plus the pull was only about 10 inches. Pyramyd Air wouldn’t stock it because they felt it wouldn’t sell, and I agreed, but I asked them to send their sample to me anyway.

I found a beautiful little barreled action inside that strange stock. It was accurate, light-cocking and had Mendoza’s fabulous two-bladed trigger that has such a nice pull. So inside the ugly duckling stock there was a beautiful young swan waiting to get out.

I had the sample restocked with a western style stock that has a 12-3/4-inch pull. I asked Mendoza to lengthen the muzzlebrake and get rid of the fiberoptic sights. And, finally, I asked them to not drill the external oil hole in the spring tube. We kept the Bronco name because it sounded nice, and we packaged the rifle in a plain brown box that had a western theme on the outside.

I advised Pyramyd Air where I felt the price needed to be, and they have held it there from day one. When the Bronco first came out, there wasn’t much competition; but within a year, several other companies were offering youth sporting air rifles — all at lower cost. They were poor copies of the Bronco — but they cost less, so they did sell.

The sad thing is, Mendoza has announced that a price increase is coming that spells the end of the Bronco. Pyramyd Air is now sitting on the last batch of rifles they’ll ever get. So, things go away and new things come.

Today’s message
Today’s message is this: Don’t criticize a company for what they make unless you have all the facts. It’s fine to criticize the product, because it is whatever it is. But how it got there is another story.

Maybe, some day, we’ll hear about a new company and how they got their start. Perhaps Dave Rensing of R.A.I., the folks that make those adapters to put adjustable stocks on Crosman air pistols, will share with us how he started his company and some of the bumps he’s suffered along the way. 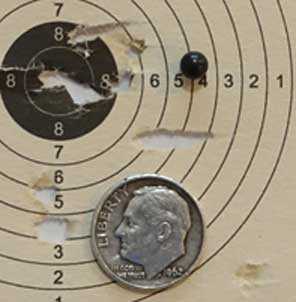 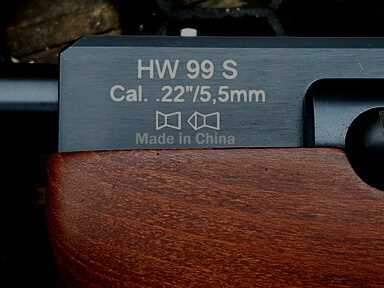