Home > Blog > Education / Training > How and why guns wear out: Part 2

How and why guns wear out: Part 2

Today, we’ll look at some airguns and discuss how and why they wear out. I had to do the firearms first in Part 1 to get the basics of metallurgy and design into the discussion. Today, when I talk about those same things from an airgun viewpoint, readers will understand that it isn’t just airguns made of the wrong materials with poor designs that make them subject to fail early. We now know this is a common problem.

Materials first
First, I want to talk about materials. Airguns can be made from cheaper materials than firearms because they don’t have to endure the same pressures and heat that firearms do. Even though they wore out too soon, those iron muzzleloading firearm rifles were still made of better stuff than most airguns.

Let’s dive straight to the bottom of the tank and look at a poster child for poor materials — the Shimel GP-22. It was a single-shot .22-caliber pellet pistol that looked something like a Luger and was made in 1950. It used CO2 as its power source. Those were the days before the 12-gram cartridges, so the Shimel used an 8-gram cartridge that was commonly used in soda bottles to make sparkling water for drinks. 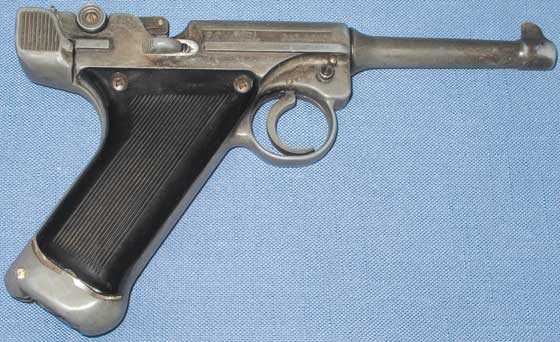 The Shimel single-shot looked like a Luger,\ and was made from low-quality pot metal, plastic (grips) and seals. All the paint is off this one.

Talk about poor materials — the Shimel was the hat trick. The pot metal frame and parts were made from a weak alloy of metal that aged and became brittle over time. It had early plastic grip scales that shrunk with time and used o-rings made from material that absorbed carbon dioxide gas and swelled up during use — to the point that it was impossible to open after the gas was gone. You had to wait about a hour for the swelling to subside before installing another cartridge. If that wasn’t enough, it was painted with black paint that dried out and flaked off as the years passed.

But the Shimel’s faults ran even deeper than this. The gun was designed in such a way that two dissimilar metals were placed in contact with one another, setting up a flow of current that sometimes welded the parts together over time. Those guns can never be disassembled for repairs and are useless. You can see why I said the Shimel is the poster child for airguns made from poor materials! But it’s by no means unique.

The technology of casting pot metal parts was not as good in those early days as it is today. The Shimel is weak because a low-temperature alloy was used to promote more accurate casting. But as you’ve seen, that had a set of problems all its own.

Another problem of the early cast-metal guns was pinholes in the castings. For some reason, the Smith & Wesson pistols I showed you a couple days ago — the models 78G and 79G — had this problem more than many others. The CO2 chamber sometimes had a pinhole and would leak down over time, depending on how large the hole was. If the hole can be found, it can sometimes be plugged with epoxy; but because it’s a pinhole, it’s difficult to locate. So, some guns can never be sealed.

Today’s cast-metal airguns are made from alloys that are much stronger, plus they have steel reinforcements at critical wear points. This is why some Umarex lookalike pistols cost 2-3 times what a similar-looking pistol that’s not made as well costs. Also, Umarex puts real controls on their guns, while other brands have the controls features just cast into the body. People fail to appreciate the difference in cost between a fake control and one that works. They like the real controls but they like the prices of guns with the fake controls.

Of course, there are always exceptions. You only have to look at the vintage Webley line of spring-piston pistols to see airguns that are made almost exactly the same as firearms. They’re truly fine guns — worthy of collecting and of their owner’s pride. They last for decades (and longer) and are far under-stressed. 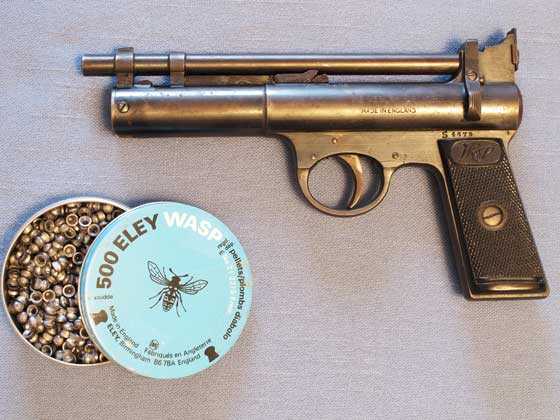 Pre-war Webley Senior is made of steel — like a firearm. This is lasting quality.

Wood and steel
Before we leave the materials topic, I’ll say a word about wood and steel. The Chinese airgun makers made huge inroads into the U.S. market by selling airguns made of steel that were stocked in wood. Their guns were priced very low, and that made people buy them in the beginning. But as they got out into the U.S. airgun market and shooters experienced them, they learned that wood and steel do not make a good airgun by themselves. The right things have to be done with the steel and the wood to turn them into good airguns — it isn’t just the materials alone. But that often escapes newer shooters.

With experience comes knowledge; and as shooters experience the Chinese spring guns that are made for the lower price points, they realize the differences between them and the guns that come from Germany and England. As they gain experience with spring guns, the difference between moderately priced Chinese guns, Turkish guns and Spanish guns become more obvious. And in this price range, the materials are usually a lot better, though some companies are trying to use more synthetics in their guns than in the past.

But — and this is an important but — the difference between a synthetic such as Delrin, which is used in many of today’s airguns, and the cheap plastic that was used in the grip panels on the Shimel is as large as the difference between a TX200 Mark III and one of the $29 Chinese spring guns. And that’s the point of this section of my report. Materials have to be right for the job they’re asked to do, and they have to be used (designed into the gun) correctly. People talk about Glocks being “plastic guns”; but, in truth, they have tough steel reinforcements at all the wear points. If they didn’t, a Glock wouldn’t even be safe to use — to say nothing of lasting for tens of thousands of shots. But they’re designed correctly, the right materials are in the right places and they last for an incredibly long time.

Design
Now, let’s look at how design enters into the equation. The first airgun I’ll review is the Crosman 160. It’s a CO2-powered, bolt-action single-shot that sometimes came with target sights. When it was new in the 1950s and ’60s, the 160 wasn’t very accurate; but when premium pellets were made in the 1990s, it turned out the 160 was accurate all along! So, the ammunition was the problem, not the airgun!

In the 1960s, CO2 guns had the reputation of leaking down over a period of several days. Shooters weren’t using Crosman Pellgunoil on each CO2 cartridge as we now know to do, and the CO2 cartridges were sealed with steel so-called “bottlecaps” that leaked. Crosman did this to avoid infringing on the patent for CO2 cartridges that were welded shut. When that patent expired, they started welding their cartridges shut, and the guns stopped leaking for the most part. Shooters still remembered the leakers, though, and CO2 guns suffered a bad rap for several decades. 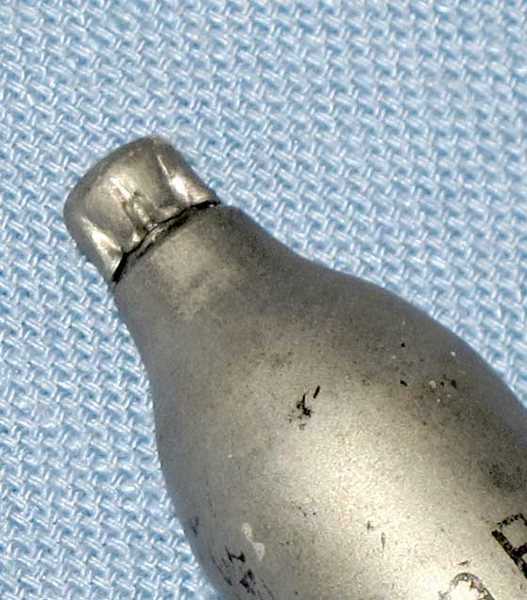 The early type of Crosman CO2 cartridge was capped with a so-called bottlecap that didn’t seal very well. It gave CO2 guns the reputation of leaking.

Gas springs
When gas springs were first used in airguns, the makers didn’t know how to best use them and they were hard to cock. Many today are still hard to cock. But some companies — Crosman, for example — have learned that a longer piston stroke generates the power they want without the gas inside the unit being at such a high pressure. Gas springs are becoming easier and easier to cock as a result.

Double-action revolvers
Now, we come to the real crux of the question of why airguns wear out. Action pistols work in two different ways — either by single-action or double-action mode. If they’re single-action, the hammer must be cocked for every shot. A pistol that has blowback uses the slide coming back to cock the hammer. It tends not to wear the parts very much. A double-action pistol uses a mechanical lever called a hand to advance the cylinder to the next pellet. This is where the main wear comes in! 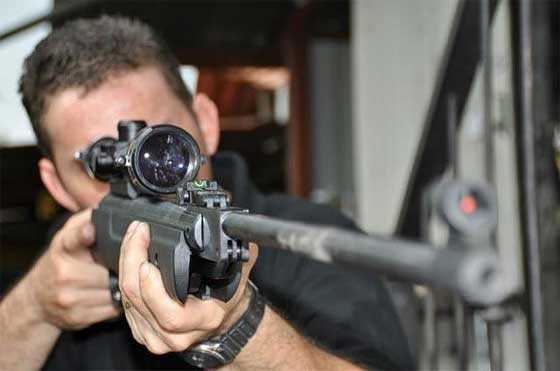 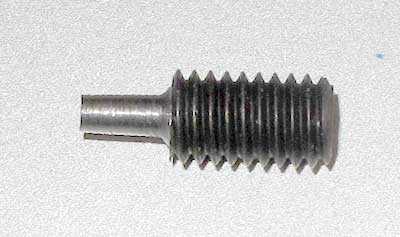