If I could put a subtitle on this report it would be, “BB, how do you know so much about guns?”

The answer is simple — I’m old. Oh, not all old people are smart like me. Some of them don’t read, and as a result everything seems new to them, just as it does to younger people. But the ones who do read are always very smart — just like me!

Here is the first example. While researching an article for this blog on the .22 rimfire cartridge I happened onto a forum where the discussion was about why convertible revolvers in .22 Long Rifle and .22 WRM are not accurate with both rounds. One guy wrote that the SAMMI (Sporting Arms and Ammunition Manufacturers’ Institute) spec for the bore of a .22 Long Rifle barrel was 0.223-inches and for the .22 WMR it was 0.224 inches. That was followed by a long discussion that went like this.

Logic like that is like fingernails scratching a chalkboard to me — which I guess is another old-guy remark. Bullet and bore size DO matter! If you have read this blog for several years you may have noticed how critical I am when some Korean big bore manufacturer calls their rifle a 9mm. That’s because 9mm is 0.355-0.356 inches in diameter and 0.358 bullets (which is a common size for .357 Magnum and .38 Special revolver bullets) are too big. That is just one human hair larger, and yet it doesn’t work! But — and this is a huge but — only someone who reloads ammunition with lead bullets or who shoots black powder muzzleloaders is going to know that. I do both. I’m not smart; I just know some things because I have done them.

I’m not finished. Not only are 9mm bullets too small to call .357, they also are not made of lead very often. Ninety-five percent of 9mm bullets are jacketed and cannot be shot in an airgun, because they generate too much friction.

What often happens is some company puts out a 9mm big bore, then they discover most of what I have just said after the rifle goes to market. They have already invested $3,000 in the artwork for the box plus another $7,000 buying a year’s worth of boxes, so it’s not going to change. So, they try to alert everybody they can through the internet and social media that their gun will also shoot .357 bullets, which they still insist are pellets. The difficulty with this is people who read social media aren’t the ones buying their guns. It’s like setting your house on fire and then calling the pizza delivery guy to put it out!

What they did was look for the cheapest scope they could find, so they could bundle it with the gun in a package that looks good on the internet. Or, they have a warehouse full of cheap scopes they can’t sell at any price, and this is one way to reduce the inventory.

Guys, in sales there are people who firmly believe that making the sale is the only objective. Sometimes entire companies believe that for a short time. They either go out of business or they change management and get responsible people in positions of authority to turn things around.

One evening while I was at the SHOT Show this year I went to dinner at Gordon Ramsey’s Steak House in the Paris casino. Gordon Ramsay is known the world over as a top chef, and I have eaten several times in his Pub at Caesar’s Palace, where the food was wonderful. So it’s Gordon Ramsay’s Steak House in Las Vegas. What should I order? Steak, of course. And prepare to be blown away. Well — I was!

The $65 “steak” I ordered medium rare came out well done and so full of  gristle and connective tissue that I would not even feed it to dogs! I ate three bites that took me 10 minutes to cut.

I used to buy meat for a catering business and I know why steak has a lot of connective tissue. The animal was injured! You can see that before cooking the steak. These were not Gordon Ramsay’s steaks. Someone in the kitchen, probably the chef, was high-grading the steaks. He was selling them to another steak house and substituting inferior meat. There is a lot of money to be made that way.

Some of you are mounting your high-horse and about to tell me I should have sent the steak back. Well, here is what’s wrong with that. The other four gentlemen at my table all had the same poor meat. This wasn’t an accident — it was an operation. I don’t want to make you sick, but there are a hundred ways of dealing with a customer who complains in a restaurant, and none of them are very nice! So, you smile, keep your cool and resolve never to go back there again. Oh, and as a writer, I get to use my bully pulpit against Gordon Ramsay restaurants for the rest of my natural life. No — he had no idea this was happening. He owns dozens of restaurants around the world and he’s just one person. And, he is still a world-class chef. I wouldn’t hesitate to eat a meal he prepared. Pick your battles.

For all who want to write

Here is some sage advice to those who think they would like to write about airguns. First — just because you know words in the English language, you may not be able to write. I once read a book manuscript written by a person who said she was the authority on her subject, and her credentials backed it up. So, I agreed to proof her manuscript. Big mistake. She capitalized every word that she felt was important. She put quotation marks around words and phrases for emphasis, not knowing quotes are used to connote things that run contrary to what the words, themselves, say. For gosh sakes, guys, there are now prime-time TV commercials that use air quotes as a pun!

As a writer, this woman made an excellent airplane pilot. She had no business writing anything more complex than graffiti on an overpass.

No, I’m not done. You want to write about airguns because you want to tell it like it is. You’re tired of vanilla writers like BB Pelletier who don’t compare guns to one another. So you set up a web page, install some blogger software and start asking to borrow guns and writing. Within 6 months you discover that the retailers and airgun companies aren’t returning your calls and emails. Whatever could be wrong?

Then, someone takes you aside and calmly points out that all these places are in business to make a profit, and when you trashed their products in comparison to the ones you think are the best, they wrote you off. The doors you need to be open are now shut.

Your readers are also upset. They bought the guns you think are the best and they’re not having the same experiences as you. Oh, not everyone complains, but the ones who are satisfied keep quiet. Only the disenfranchised tell you what they think — sort of like me and Gordon Ramay’s Steak House.

After several more months of struggling you decide airguns aren’t your thing and you take up collecting My Little Pony. Welcome to Equestria!

Yep, that’s what life is like! And airgun collecting/shooting falls right in with the rest of it.

What goes around — karma

Last point. You wanted tell it like it is. So you did. What you overlooked is the fact that people in the airgun trade are just like people in all other markets. They have feelings. You can make a big deal about pointing out all the flaws in their triggers and searching the internet until you discover the source of the guns they sell and, guess what? The few doors that were still open will close. You are now officially a joke in the industry — a Judas goat. Maybe old BB Pelletier wasn’t that critical, or was he? Maybe what he did was test the airgun and report the results, without telling his readers how to interpret them. Maybe BB knew that some folks would see the results and stay away, while others would see the same results and, because the price was right, they would buy the airgun anyway. Maybe BB wasn’t such a dope after all.

I have “developed” (the quotes here mean that I didn’t really develop anything — I simply suggested it to those who could develop it) dozens of different airgun items, accessories and two new airguns over the quarter-century I’ve been doing this. My ideas come from everywhere — from my readers, from conversations I overhear and from combing the pages of gun publications and catalogs that are 50+ years old.

I pay attention and I remember things about guns and shooting because this is my passion. I don’t have to be smart. As far as guns go, I have a good rememberer. 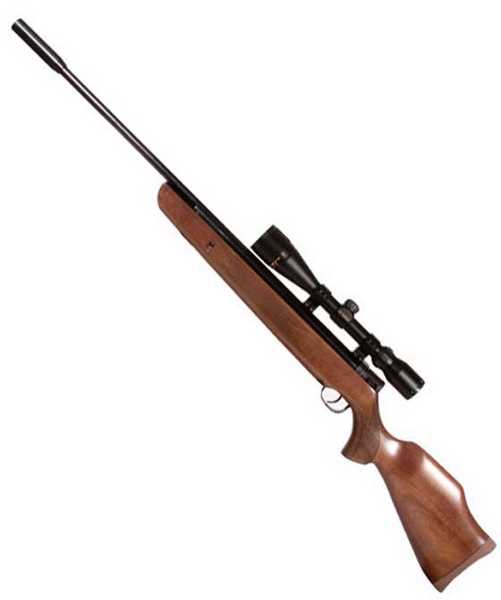