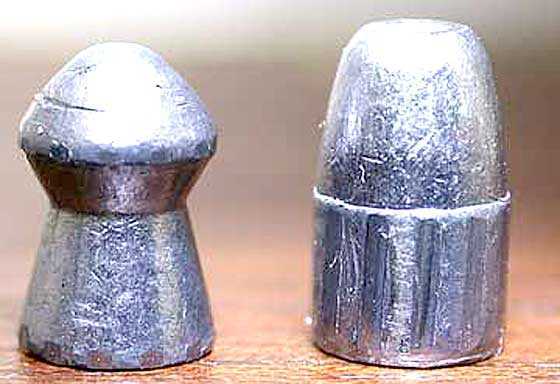 Today’s report was engendered by yesterday’s report about the AirForce Texan big bore air rifle. Many of you have been discussing the advantages of solid pellets over diabolos

Today I’d like to look at this question a little closer. For starters, let’s call solid pellets what they really are, which is bullets.

A diabolo pellet on the left and a bullet on the right. Let’s call them what they are!

In the 1880s pellets were either solid lead or they were lead with felt glued onto their bottom. In flight the felt caught the air and slowed the slugs down, keeping their nose pointed  forward. Just after the turn of the 20th century the invention of the diabolo pellet changed pellets forever. 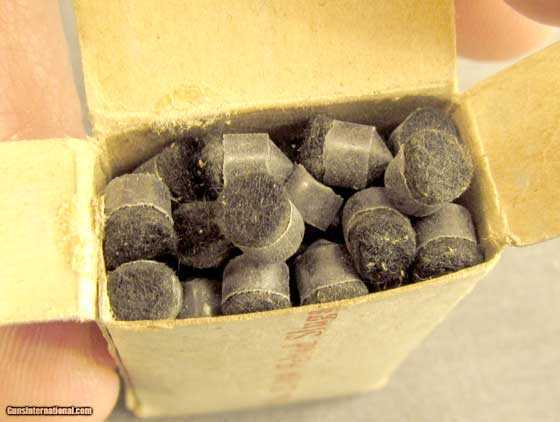 A felted slug has a small piece of felt glued to the bottom to provide air drag in flight.

The diabolo pellet was named after the diabolo — a European juggling device. 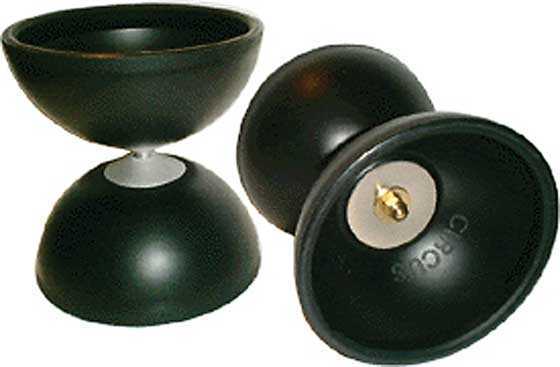 A diabolo is an object jugglers use. The pellet takes its name from them. 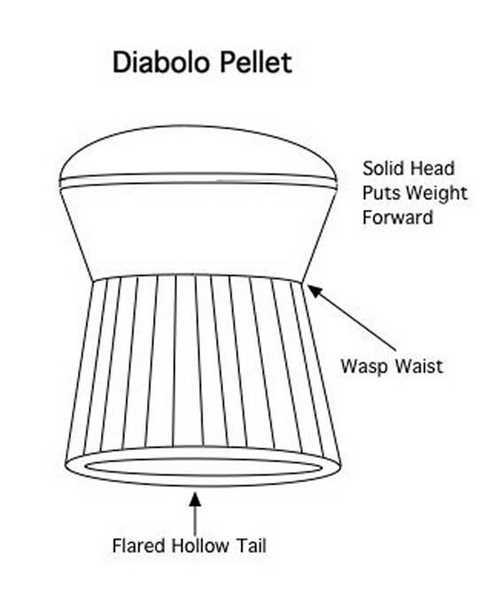 The diabolo pellet is far better ammunition for a pellet gun.

The wasp waist and flared hollow tail of the pellet create drag and push the weight forward — all to increase stability in flight. Bullets don’t do that. To stabilize a bullet you have to spin it on its long axis. The longer the bullet is, relative to its width (caliber), the faster it must be spun.This can be done in one of two ways. Either push the bullet faster or increase the rate of the rifling twist.

A .223 bullet weighing 55 grains and fired at 3,000 f.p.s. through a barrel with a 1 twist in twelve inches leaves the muzzle spinning 180,000 rpm. (that’s 3,000 times 60 seconds)That turns out to stabilize the bullet good enough for a couple seconds of flight to perhaps 300-yards. Now, to drive a bullet of that caliber and weight that fast takes a cartridge that produces about 55,000 psi of pressure.

But a longer bullet of the same caliber that weighs 69 grains will need a twist rate of one turn in 8 inches. That’s one and one-half revolutions for every foot it travels. There is no way you can drive a bullet of that caliber and weight to 3,000f.p.s., so the twist rate needs to be increased to compensate for the loss of velocity. Pushing it out the spout at 2,700 f.p.s. gets a spin rate of 243,000 rpm, which stabilizes the bullet long enough to fly for almost 6 seconds. The heavier bullet goes slower but remains stable longer and is thus accurate even farther.

These are the games you play with bullets. And you want them to work in airguns?

This is where a knowledge of black powder shooting really pays off. You soon learn there are limits you can’t get past and you have to learn to operate within those limits. Want to take bigger game? It may not be with higher velocity but with a heavier bullet of larger caliber. Well — isn’t that a lot like airgunning? Sure you can shoot a pellet at 1,300 f.p.s., but it gets you nothing because you can’t hit what you shoot at! But if you shoot at 850 f.p.s. and learn to hit everything, then you have the world on a string!

Said another way, leave the solid pellets to the big bore airguns and firearms.