Today we start looking at a vintage air pistol that many of you already love — Crosman’s 38T revolver. The T stands for target. This will be an in-depth look at the CO2-powered revolver that came in both .177 and .22 calibers. I hope to review both calibers for you in all the usual ways, plus I’m hoping that we’ll get a look inside the gun!

There are three variations of the 38-series air pistols. The first variant (1964-1973) has a metal rear sight blade and revolving cylinder. Variation 2 (1973-1976) has a plastic rear sight blade and revolving cylinder. And I haven’t got a clue how Variant three (1976 to end of production) differs from the other two, but the Blue Book of Airguns claims that it is separate, while giving no reason why.

There is also a chrome-plated version that is extremely rare. The Blue Book says it was a salesman’s sample, but other references say it was never issued. Maybe they are all agreeing because salesmen’s samples were never supposed to be sold to the public.

Even today, 36 years after the last one was made, the 38T is regarded as one of the most realistic pellet pistol lookalikes ever made. It has the weight, the size, the correct grips, the adjustable sights and all the features of the firearm it mimics with no condescension to plastics. It stands as an icon, together with the S&W 78G /79G and the Crosman Marks I and II.

The barrel is rifled so the pistol has the potential to be accurate. Naturally that will be something we test.

While is looks to have a normal cylinder at first glance, only the thin front part of that cylinder rotates. That’s the part that holds the pellets until the gun  fires. 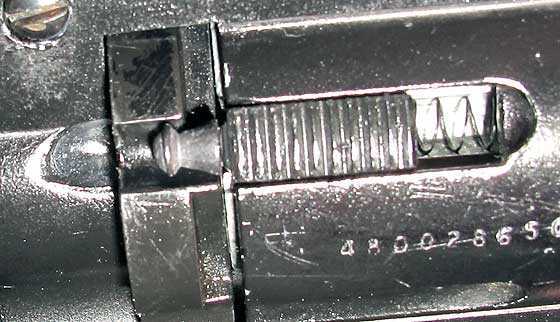 To load a pellet, place the pellet in the groove in front of the spring-loaded sliding cover.

Put your finger or thumb on top of the pellet in the groove and press downward and to the rear in a wiping motion. The tail of the pellet’s skirt pushes the sliding cover back. 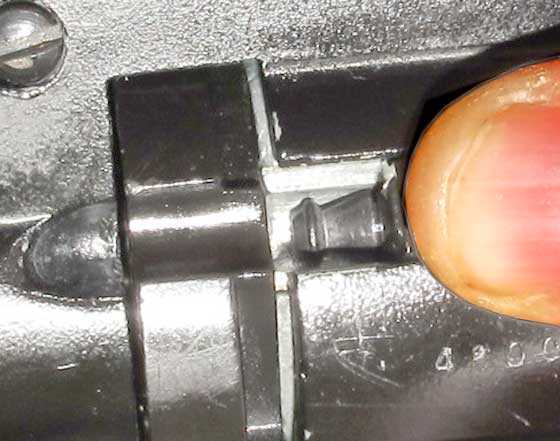 Like the revolvers they copy, the 38T and C both have adjustable sights. The .177-caliber gun I am testing for you in this report is either a second or third variation and the rear sight adjustment has no detents. This is the plastic sight and that might be the reason why.

I read reports of owners who say the 38T is quite accurate. That’s one of the big reasons why I wanted to test it. The 38C I once owned was not that accurate, because if it had been I would have remembered. At the time I owned it I was shooting a number of .357 Magnum revolvers that were shaped similarly and were also quite accurate, so I’m sure I gave the 38C a fair shake.

As I mentioned in the beginning, there is a 38T in .22 caliber in the works, as well. That one will be a special look at the gun, as well as a full test.

She can also cook

You may think that you don’t like lookalike airguns that much. Well, the 38T isn’t just for looks. If you were to set about to make a fine repeating air pistol today, you would be hard-pressed to do much better than this one. In other words it looks great and it also works. I think this is the real reason why the 38T has achieved the status of an airgun icon.

This series that will include several airguns from the past should be a good one. Once some of our collectors get on board we should all learn a lot about these fine air pistols.