Before we begin, don’t forget that JUly 10, this Saturday, is the Midwest Airgun Show.

Today we have Part 2 of a guest blog titled The High End: As Good as They Can Be from reader Michael.

Take it away, Michael.

These lines in a song by The Fixx, a 1980s pop band, could describe my thoughts as I read Tom Gaylord’s blog of July 2, 2021, It’s Always Something. In my mind one thing led to another. Tom’s writing often gets me thinking, and thinking and thinking. I began writing a comment to post after that blog entry, but before I knew it, I had written too much for it to be a comment.  It was more “bloggy” in length. It also seemed to me a continuation of my thoughts in my previous blog entry, as It’s Always Something is in part a continuation of Tom’s first piece titled, The Golden Rule of sales, on the purchase of his Harley-Davidson this year and of other blogs of his that have a philosophy of air guns vibe such as What You Want (May 11, 2016). 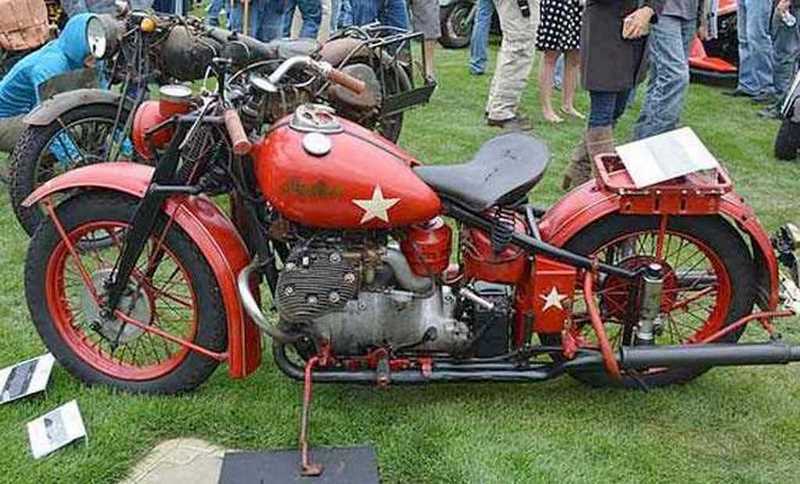 Many products are alike

Iconic brands such as Harley-Davidson and Indian motorcycles share many characteristics with innumerable other iconic brands, including those of airgunning. To be clear, motorcycles, guitars and other things that are not literally air guns can be used as metaphors, or analogues, of air guns for the purpose of discussing the topic in-depth (or, as the case might be here, “in-shallow”). Discussing these items in comparison/contrast to air guns is also a way to make ideas concrete which might otherwise be abstract.

The AMF ownership from 1969 until 1981 hurt Harley’s reputation and came close to terminating the brand. When Indian struggled, it went belly-up. (But brand names have value, and Indian the brand exists again.)

This same progression-regression exists with airguns as well. The iconic BSA brand and company was bought by Gamo, and so on.  Although BSA has a storied history, it was nevertheless a small fish.  Think of it like the bluegill, a tasty but tiny game fish.  BSA was consumed by a far bigger fish, Gamo.  BSA was just like a bluegill consumed by a northern pike.

They kept it in the product line

At least BSA was bought by an airgun maker. To their credit Gamo kept some classic BSA models in the lineup. Gamo “got it.”  During Harley-Davidson’s most grim era it was owned by a bowling equipment maker! Among their other products, AMF made bowling balls. 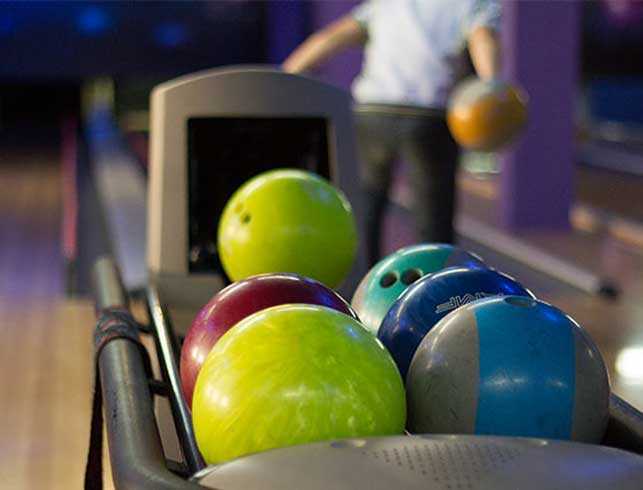 Would a rebellious biker ride into Sturgis, SD with these?

Management by the numbers

When iconic manufacturers are bought by and run by folks who have little to no understanding of what made them iconic, they lose their way.  As Tom wrote, “A successful company does have to be managed by enthusiasts. The minute that changes, out comes the old spreadsheet and management by the numbers begins.”  Normally adaptation to changing lifestyles and innovation and evolution are the traits of a healthy company. But certain types of companies are different, it seems.

Remember who you are

When Harley tried to be a motocross bike brand, they lost sight of why their customers had affection for Harley-Davidson motorcycles.  They also tried to distance themselves from the outlaw biker image. But Harley-Davidson didn’t realize that for every actual motorcycle club member who rode, there were thousands of weekend riders who wanted to feel individualistic, daring and rugged when they weren’t putting on a suit and tie and commuting to work in the city.

The Air Venturi AV-46M – Might plinkers love it, too?

Are there airgunners who are equivalent to weekend bikers? That is a legitimate question, if there are casual air gun hobbyists who do not hunt or compete but desire a fine sporting airgun, suitable for field target, or a 10-meter target air pistol, simply for backyard plinking. That certainly describes me, although I suspect there aren’t many like that. (If any readers fit that description, please comment below.) 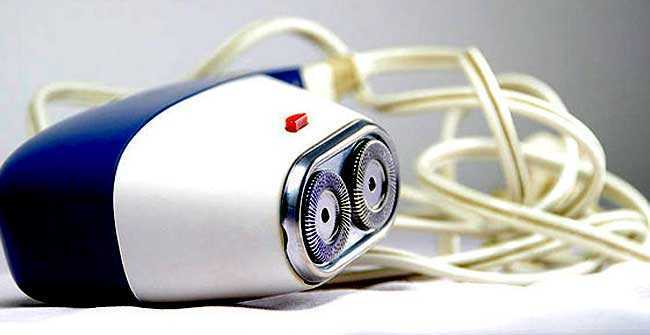 The Philishave SC7920 by Norelco — Jimmy Page would never take this on a concert stage!

Harley was resurrected by embracing their classic social rebel past and going retro, beginning in the 1980s. The guitar makers I discussed in Part One of this blog, Fender and Gibson, also hit their low points in the 1970s. They had been bought by companies, CBS and Norlin (Norelco) respectively, that knew nothing about what made those brands icons. Think of it, a media company that owned a network of TV and radio stations running a guitar company? That is almost as surreal as a maker of electric shavers running a guitar company.

Those brands were very nearly run into the ground in a decade and a half. At the same time product quality plummeted dramatically. And quality was one of the hallmarks of those makers’ brand. Quality declined because of, as Tom decries, “the old spreadsheet and management by the numbers” dynamic. The irony of such business practices is that ultimately, they are bad for brand value and therefore profit long-term. By the mid-1980s both Fender and Gibson were again run by people who “got it,” and they came back from the precipice.  So too did Harley.

Las Vegas is another useful example of a brand with an iconic image as its top selling point as a tourist destination. As the 20th century wound down, Las Vegas tried to sell itself as family-friendly, a wholesome vacation destination for families, a sort of Disney World with slot machines, huge, cheap buffets and discounted air fares to get there. 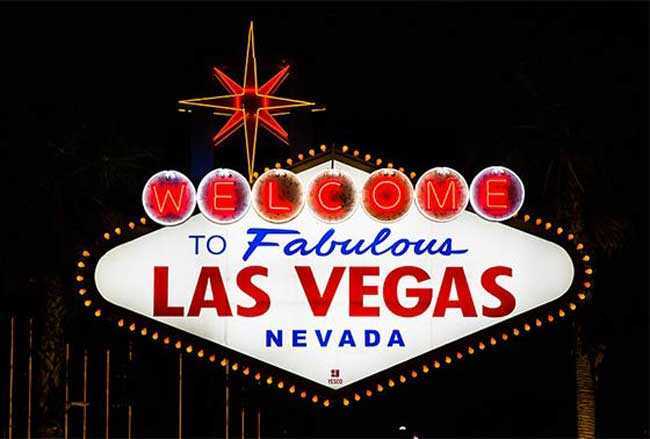 In the early 2000s Las Vegas struggled until it decided, like Harley-Davidson, to embrace its outlaw image of the past. It dropped the family friendly advertising campaign to again become “Sin City.”  The city created the “What happens in Las Vegas stays in Las Vegas” advertising campaign. The implicit message is, “Leave your dull wholesome doldrums behind, come to the naughty land of neon, 24-hour excitement, and so on.” (Family blog, remember.) And do it anonymously!

It could put your eye out unless you wear safety glasses and don’t shoot hard objects, but there is nothing on earth more cool.

I will admit the connection to air guns might be tenuous. And perhaps the metaphor is imperfect when it comes to icons. Air guns of the past, along with the companies that made them, are admired largely for quality design and build, along with the romantic, nostalgic image of little boys and their Red Ryders defending their families in their imaginations a la A Christmas Story. To this day every time I think of Benjamin and Sheridan multi-pump air rifles, I also think nostalgically about when I was a Boy Scout daydreaming as I studied the ads for those air guns in the back of  Boy’s Life magazine. But maybe the metaphor works after all. Air gun makers of iconic products past might take a lesson from Harley-Davidson, Fender, Gibson and Las Vegas: Embrace what people loved about the product and bring it back as authentically as is reasonable. 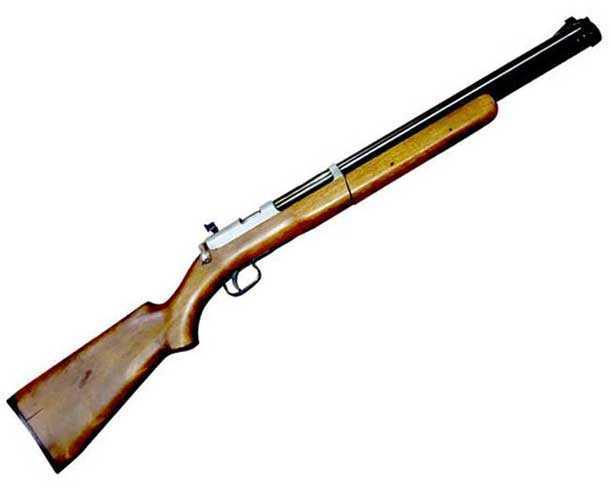 OK, OK. The Sheridan Supergrade was cooler than the Red Ryder!

Crosman might do well to bring back wood-stocked multi-pump Benjamins on a limited production basis, even if only to foster and burnish the brand identity. Crosman could also resurrect Sheridan, but not with products that bear no connection whatsoever to those marvelous machines from Racine, Wisconsin. A “Streak” is a quality multi-pumper, not a magnum springer that can loosen your dental work when you shoot it. Crosman could even bring back a custom shop, numbered limited edition, Sheridan Supergrade and, in a joint project with Tim McMurray of Mac1 Airguns, offer a “Steroid” Blue Streak that can produce 20 or more foot-pounds at the muzzle with the maximum 14 pumps.  Crosman could advertise that a Sheridan air rifle can be ordered in any caliber one desires, as long as it’s .20!

I thought Michael did well with Part One of this guest blog, and today he has given us even more to chew on. You know, this guest blog is not supposed to be a lesson in business for airgun manufacturers, but this one, plus the others Michael refers to, are certainly food for thought.

And regarding Las Vegas, I went there in the early 1990s with my two boys. We stayed at the MGM Grand and we entered through the lion’s mouth (before MGM figured out that a lion is considered bad luck by Chinese gamblers). So there we were, four family members on vacation surrounded by some very well-dressed soiled doves.

I promised reader thedavemeister that I would post a picture of my cat, Dale Evans. It was supposed to be in yesterday’s blog but I forgot. Here she is on a fluffy fur blanket I put by her favorite window where she meets her personal sunbeam on most days. 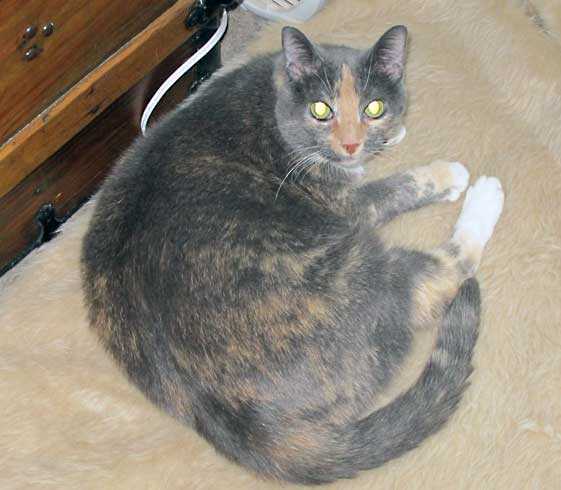