You will notice ads embedded in the blog today. This is something that was planned with the upgrade, but was held off until now, since the blog issues are finally resolved. Play nice!

Jack’s wife, Jill, is teaching one of her patients, a lady named Karen, how to shoot. Up to this point they have covered gun safety, aiming with a peep sight and Karen has shot the Daisy 499 BB gun.

Karen is up to speed

Jill left the 499 with Karen after their first session and today Karen showed her several targets in which all of her BBs are in the black bullseye of a 5-meter BB gun target. Jill told her that was good enough and today she would move back to 10 meters and shoot a pellet rifle.

Karen is small, so Jill brought Jack’s Diana model 23 pellet rifle. It’s small, lightweight and easy to cock, and it is also quite accurate at 10 meters.

When they set up a 10-meter range Karen said she didn’t know if she could shoot that far accurately, but Jill told her she already was doing it. “If you can keep all your shots on the bullseye at 5 meters with the 499, you will have no trouble shooting this pellet rifle at 10 meters. But we are going to start out with something that is easier.”

She then asked Karen to set up her card table, on which she placed a thick book and a sandbag on top of that. Then they sat down to discuss the sight picture.

“This rifle has different sights than the 499 that you learned on. Let’s see how they work.” 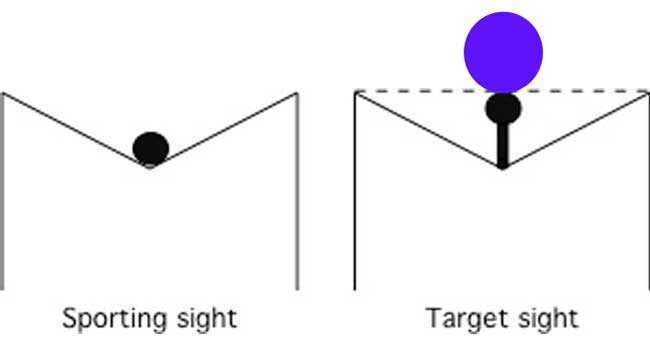 The sight pictures with open sights.

Karen caught on right away and they started shooting with the rifle laid on top of the sandbag. Her first group of five shots were all in the 9 and 10-rings of a 10-meter rifle target. She was astounded. “Wow! I’m hitting the target from way back here!”

After Karen made several small groups, Jill had her stand and shoot offhand. She remembered the shooter’s stance from her time with the 499, so she got into a good position and then noted, “This rifle is even smaller than the BB gun. Where do you find small guns like this?”

Jill told her that Jack had a small collection of airguns and many were small like the Diana 23 they were shooting. “Jack says a gun doesn’t have to be large or heavy to do a good job. He has a couple firearms that are large, but they recoil too much for me and I don’t shoot them.”

Now Karen shot offhand at the same 10-meter targets. Her groups were larger and some of the pellets hit outside the bull, but she was still hitting close to where she intended. “It’s harder to stay on target when I hold the rifle, but when I concentrate I see that I can still hit close to where I want to.”

That remark caused Jill to wonder whether Karen remembered her earlier safety training. So on the next shot when she saw Karen had drawn down and was ready to shoot, she called, “Cease fire!” A second later, Karen shot the rifle. That was what Jill had anticipated.

So, when Karen lowered the rifle they had a long talk about safety. What if Jill had seen something unsafe, like Karen’s dog about to jump up on the table where the bullet trap was? Karen admitted she hadn’t thought of that. She was concentrating on that shot and just wanted to get it off. After a long talk Karen understood why the cease fire command has to be obeyed instantly and every time.

Now Jill had Karen move the target and bullet trap into a closet at the end of a hall just off the living room.  If the shooter stood at the front door she was 63 feet (21 yards) from the target. Instead of a 10-meter rifle target Jill put a single 10-meter pistol bull on the backer board held by the bullet trap. Now Karen shot offhand from this distance and had to adjust the rear sight to get the pellet up into the bull. But when she did she kept 9 out of 10 pellets in the black bull. She shot three targets, keeping them all in the black on the last one. Then Jill had her stop.

Jill went down to the target and taped a playing card to the backer board. Then she came back and had Karen take aim at the bottom of the card. After five shots she stopped her and they both went forward to see that all five pellets had hit the playing card!

“Well, Jill, the way you taught me to stand, it’s hard to miss, even at this distance. The rifle stays real steady and as long as I hold it up and use the sights, it’s hard to miss. I hope a handgun will be this easy.”

“It will and it won’t. A handgun can move side to side easier than holding a rifle, because you hold it with just one hand.”

“I thought you used two hands to shoot a handgun. That’s what I see on TV.”

“Oh, we’ll get to that. But first you’ll hold it with just one hand so you learn the best way to stand, just like with the rifle”

“I will say this. When I shot my uncle’s pistol it hurt my hand a lot. I hope this isn’t going to be like that.

“Not to worry. One of the big reasons I agreed to teach you how to shoot is because a boyfriend of mine did the same thing to me. But when Jack taught me, we went up in power progressively. You’ll be surprised how easy it is when you do it that way.”

“The whole reason I want to learn is so I can get a handgun for self protection. I just hope the gun I’m able to handle is right for that.”

I have an older kid coming over with his father to learn to shoot. He watched my Royal Ranger marksmanship class a few weeks ago and asked if he could shoot after the kids were finished. It was the first time he had ever shot anything, and he seemed to like it a lot. He then asked me to teach him to shoot.

So, what I wrote about in the report today was to get myself mentally prepared to teach a brand new almost adult shooter. 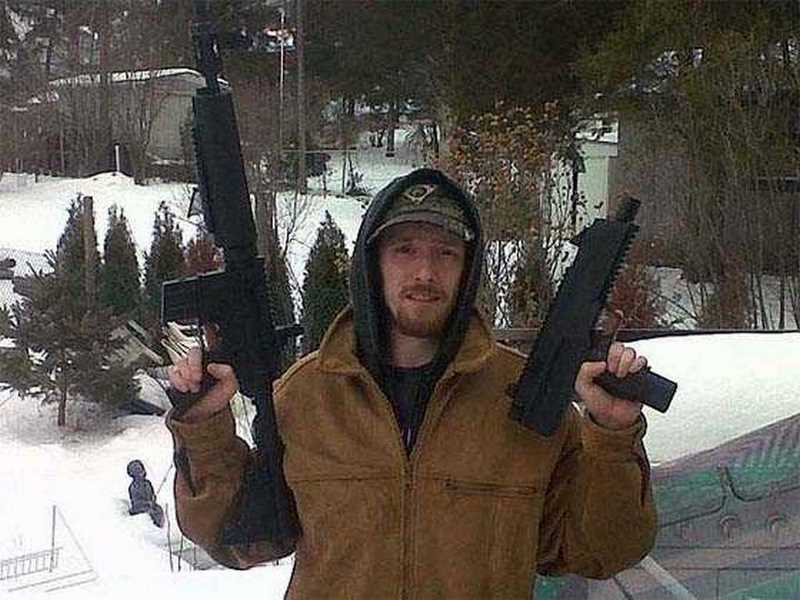 If I were you…

Why does my air rifle shoot low and to the left?The reason for adjustable scope mounts