For the next nine years I wrote 3-4 articles a month and sent them out all over the world. Then in 2003 Pyramyd Air asked me to write articles for their website. I spent more time on those articles so I didn’t write that many, but they are all still up on the website on the articles page.

Along comes the blog

Then in 2005 this blog started. Until that time blogs were personal accounts of life and how the author reacted to things that impacted him or her — sort of like diaries. They still are today. But I wanted to write airgun articles — to heck with what I think about anything. Nobody but me should care about that.

Over time, though, it has been you readers who have shaped this blog and the direction I write. When two or three guys ask me how to properly oil their multi-pump pneumatic, I write a report — or even a series. Why is this? Is it because BB Pelletier knows everything there is to know about oiling multi-pumps? Nope. It’s because somebody took the time to show BB how it’s done and after that BB wanted to tell all his friends. 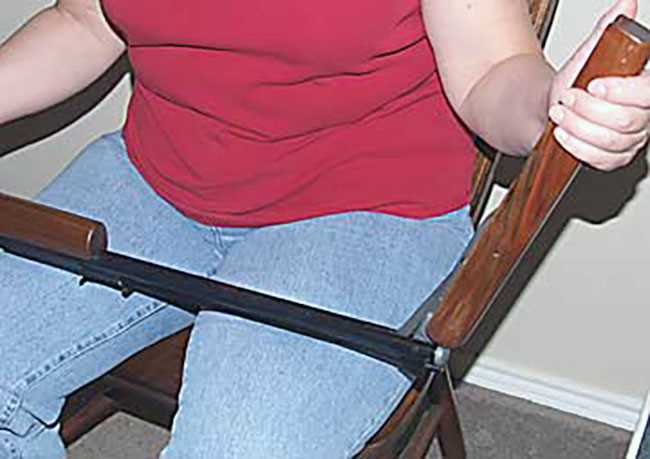 To oil the pump head on a multi-pump rifle, open the pump handle as far as it will go. That brings the pump head to the bottom of the pump linkage slot. It will either be a silver metal part or a dark rubber part. 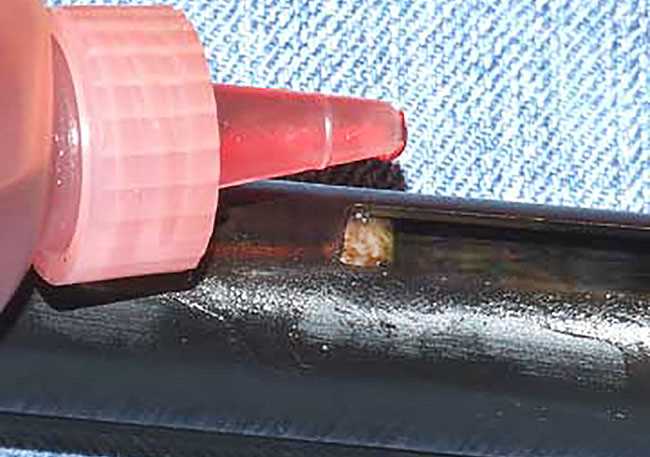 Drop 3 to 5 drops of oil on the pump head. On this rifle, this is as much of the head as can be seen, but the oil gets on the walls of the pump tube and the head spreads the oil around to seal the pump for improved performance.

Can’t use too much Crosman Pellgunoil

I used to get my CO2 guns resealed by Rick Willnecker of Precision Pellet. At the time he lived about 35 miles from me, just north of Baltimore at the time. Once when I was at his shop he told me to always oil the face seal that seals the CO2 cartridge. When I asked him how much oil to use he said, “You can’t over-oil a CO2 gun. As long as you use Crosman Pellgunoil, you’re safe.  Any excess gets blown out of the gun with the gas.” I never forgot that, and it applies to all CO2 guns — not just the ones that use a cartridge. 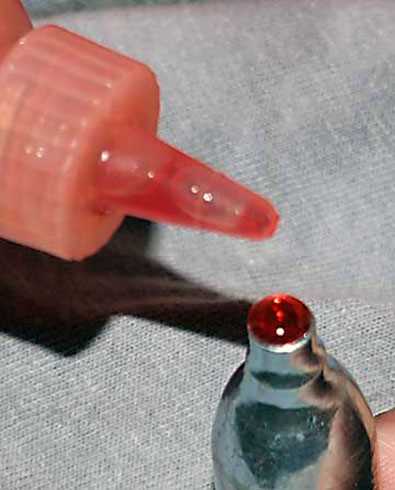 Always drop a drop of Crosman Pellgunoil on the flat tip of a new CO2 cartridge before piercing. 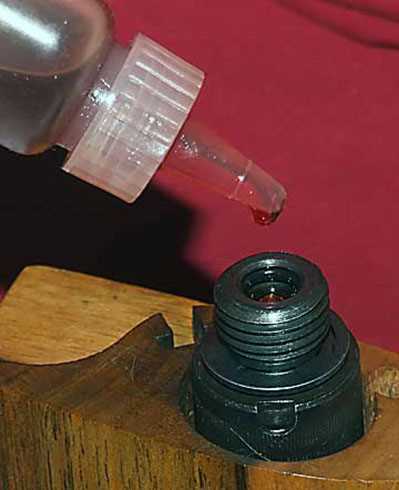 Drop 3-5 drops of Crosman Pellgunoil into the fill port of a bulk-fill airgun before filling.

By the way — this is the spot where somebody inevitably asks me if it has to be Pellgun oil. They read on some chat forum where a guy swore by a mixture of mule sweat and Tabasco sauce. I can see why he swore!

Well, it wasn’t you guys, because what I am about to tell you happened years before this blog started. Jim Maccari told me that Ivan Hancock in England had a tuning kit that made a Beeman R1 as smooth a shooter as possible. I was in the process of writing a long series for The Airgun Letter, and I knew those articles would also be in a book, so I bit the bullet and bought the kit. It wasn’t cheap!

I got a buttoned piston (a piston with 6 Teflon bearings drilled into and attached to the sides of the piston both front and back), a new piston seal that was so tight that I couldn’t force it into the spring tube and a mainspring that was super-long and covered with what I called black tar.

I wondered what I had gotten myself in for as I followed the instructions and slowly fitted the kit. When I was finished the installation I discovered that the rifle had gone from 36 pounds cocking effort to just over 50 pounds. I thought I had wasted all that money. And then I fired the rifle. Tik! It was dead calm! And when I tested it, it had gained a LOT of velocity, maybe 150 f.p.s. This was the most tremendous change in a spring rifle that I had ever seen.

That taught me about tolerances in spring guns. And in 2015 I finished a report on a Diana 45 whose piston I buttoned. That rifle was almost as smooth as the Ivan Hancock R1, so in 2019 I completed work on Michael’s Winchester 427. That rifle was SMOOTHER than Ivan’s rifle and was the smoothest air rifle I had ever seen. Until 2022

In February of this year I tested a TX200 Mark III that I tuned with a kit from Tony Leach. That rifle is now the smoothest-shooting spring rifle I have ever seen. It may not actually shoot smoother than Michael’s Winchester 427 (because that would be hard to do), but the TX moves less when fired.

What I am telling you guys is — it isn’t me! It’s all of us together. Because it wasn’t me that found that Tony Leach kit. It apparently was reader Bulldawg. I am learning as much from all of you and your comments as any of you are learning from me. We just know different stuff. And, being an old guy, I may know a few things that you young whippersnappers don’t. On the other hand, I thought that new Mustangs had 4-speed manual gear boxes, so it works both ways.