Today we look at lubricants as part of the tools we use. Reader hihihi said this:

“I think liquids can be considered, if not tools, then at least essential. For example, degreasers like white spirit, alcohol or acetone. And, of course, there are the various lubricants, like oils and greases.

In a way, at least until they’re set’n’dry, the various glues are liquid too. Oh yeah, thread-lock.

Finally, some thin disposable gloves. I admit to thinking they’re just for those too lazy to wash, but now that I’ve “seen the light” they are a must for me.

Oh, and maybe a beer (non-alcoholic, of course ! [wonder what that’s like? 🙂 ], for consolation when things go wrong, and celebration if they don’t. 🙂”

Well, it seems that he said more than just lubricants. He included all liquids. I’ve decided not to go that far in this report. Just lubricants will be more than enough. This is a Friday report, and this should give you guys lots to talk about over the weekend.

We’ll start with oil. Quick — what’s BB’s number one answer to what kind of oil should be used to seal a CO2 cartridge? Crosman Pellgunoil, of course. Is that the only thing that will work? Of course not. It’s just the safest thing for BB to say. Why? Because if I say 30-weight non-detergent motor oil, someone in Tunisia will ask why detergent in the oil is so bad and then someone in Seoul, South Korea will say they use laundry detergent on their CO2 cartridges and by the time Bubba in Truth or Consequences, New Mexico, gets ahold of it, BB will be recommending using Dawn dishwashing soap on CO2 cartridges and oil-fouled baby ducks! Pellgunoil, Pellgunoil, Pellgunoil!

“But BB, I thought oil was a lubricant.” It is, of course. So BB recommends 3-in-One oil for light lubrication, and then a reader in Bangladesh asks if his can of Flying A Quality Household Oil is good enough.

Watch oil is thinner than household oil. It is for lubricating the pivot bearings of wristwatches and pocket watches.

BB also didn’t say to use sewing machine oil. Yes, there are oils made for lubricating the mechanisms of sewing machines. Ask your wife. Use household oil on her Bernina and you just might slow her down. Use watch oil and the bearings will burn up. 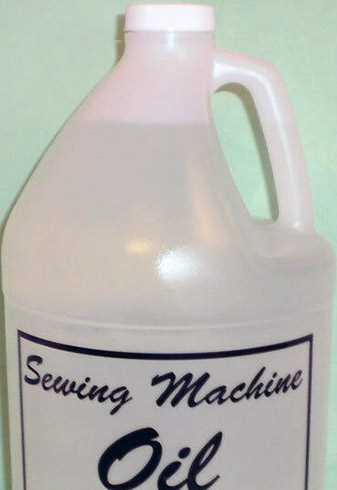 The point is, there are many different kinds of oils on the market and old BB doesn’t always know which specific one is right. So he recommends a general type, in the hopes that his readers will understand and look for similar products in their local markets. If I say gun oil, everybody gets in a huff over what’s the best one. If I say RemOil, nobody seems to care. They all seem to understand.

I haven’t used real Crosman Pellgunoil for thirty years. I buy a similar product from Dennis Quackenbush that he formulates and sells. It’s a lot cheaper and I use so much of the stuff that price matters.

Some silicone oils lubricate and others do not — or at least not very well. And if petroleum-based oils are complex — silicone oils give new meaning to the word. There are silicone oils for many specific purposes!

A spray can of silicone lubricant solves many problems around the house.

Use silicone because it’s waterproof — or at least water resistant. Around the house you can find many uses for silicone. Around airguns? Not so many. Two stand out. Lubricate the piston seal of a spring-piston airgun with silicone chamber oil. It doesn’t lubricate; it helps seal the compression chamber and it doesn’t explode like petroleum oil. Lubricate the inside of a precharged pneumatic airgun with high-temperature silicone oil because it isn’t as prone to explode under heat (from compression) and pressure.

Another property of silicone products is they can be applied to a wide variety of materials. Not just metal but rubber, plastics, wood and other materials. Sometimes you have to be careful not to use petroleum-based lubes on these materials.

Can silicone oils be used to lubricate the other working mechanisms on airguns? Of course. I’m fairly certain that there is a silicone lubricant for nearly every airgun application. Heck, a few years ago we used thick white silicone grease to stop the twang of a steel mainspring. We called it Mainspring Dampening Compound because Beeman marketed it as such, but what it really was, was food-grade silicone grease that’s used to lubricate the gears of food machinery like meat slicers. Today we have even better products that are not silicone based and I’ll get to them, but silicone can be used for almost all lubrication needs. The problem is, petroleum-based oils and greases have become so entrenched in the firearm and airgun world that we just don’t know enough about silicone lubricants to safely make exchanges.

Many years ago Ben Taylor, the Ben of Theoben, told me about an oil mixture he used to lubricate pellets for his gas spring rifles. He got it from John Whiscombe. I don’t remember if he called it Whiscombe Honey or I did but it is a 2 to 1 mixture of Hopes Lube oil (regular gun oil) and STP car oil treatment. He said it would lightly lube the pellets and not detonate in his airguns. 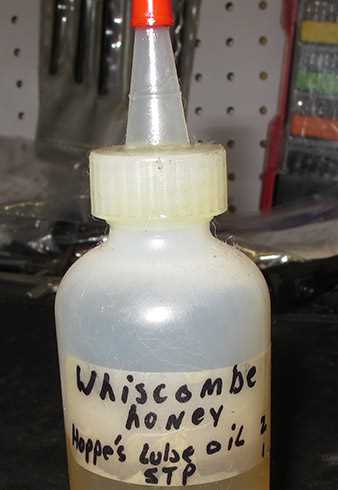 If you think oil is a complex subject please return your seatbacks and tray tables to their upright and stowed position — we are about to encounter bumpy weather! Greases are generally soaps emulsified (mixed) with mineral or vegetable oils. They have an initial high viscosity that drops under shear pressure to give the effect of an oil-lubricated bearing of the same viscosity as the base oil in the grease.

Greases stuck together until force thins them out, at which time they act like oil. They are used where plain oil would not remain in place.

There are too many kinds of grease to cover them all, so I’ll limit this discussion to the greases airgunners might use.

White Lithium grease is both water and heat resistant which means it protects metal from corrosion and
rusting and can function in extreme temperatures up to 150oC. White lithium grease demonstrates excellent adhesion to metal and is perfect for lubricating metal-on-metal surfaces. For many years it was the number one grease used by hobbyists for airgun work. 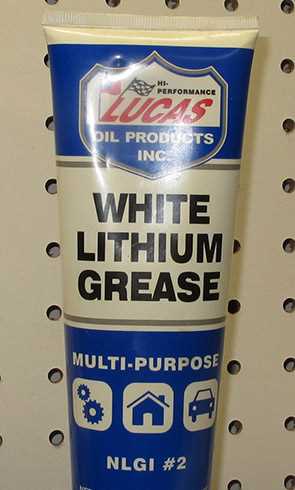 I could go on but to get through all we have to cover I’m leaving White Lithium grease and moving on.

When Ivan Hancock sent me his Mag 80 Laza kit for the Beeman R1, the mainspring was evenly coated with a semi-hard black substance that I called black tar. The airgun community quickly applied that name to a class of greases known as open gear lubricants. They are the greases that are used on drawbridge mechanisms. These are extremely tacky greases that arrest the superfluous movements of coiled mainsprings to dampen the vibration. Jim Maccari sold and I believe still sells black tar — a version of this thick tacky grease for spring gun tuners. And I have already mentioned Mainspring Dampening Compound from Beeman. What’s left?

About 5 years ago when Gene Salvino still worked for Pyramyd Air he told me about a red grease called Almagard 3752. He told me he was using it to quiet the mainsprings on FWB 124s and that it didn’t rob much velocity — something the other tacky greases do. I didn’t follow up on what Gene said at the time, but years later I tried Tune in a Tube and discovered just how great it is! This stuff is fantastic, and it isn’t the only red grease that works.

Tune in a Tube.

For a whole lot less money if you are buying a whole container there is Red “N” Tacky grease. I haven’t tested it thoroughly but the one time I used it, it worked just like TIAT. Other readers have said that they use it for the same purpose and it does work well. 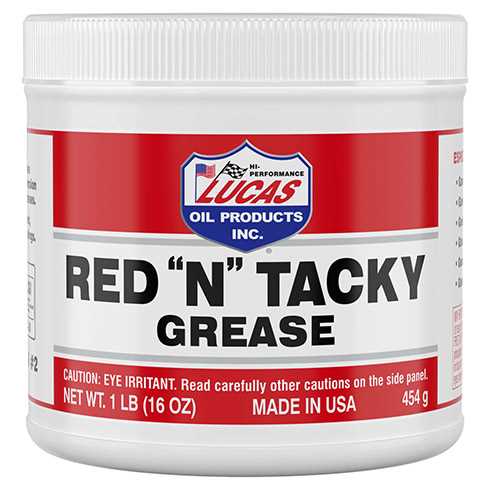 Red N Tacky grease seems to be similar to Almagard 3752.

I could cover graphite which is not a grease but a solid that’s suspended in a grease, solvent or oil vehicle. But graphite isn’t that great, now that we know about Molybdenum Disulfide.

Molybdenum Disulfide or moly as we know it is a solid particle that bonds with metal to form a super slick surface. It doesn’t wear off or dry out like greases. But airgunners are more familiar with it when it is mixed in with a thick grease. Pyramyd Air sells it as Metal-to-Metal Paste. We call it Moly Grease. 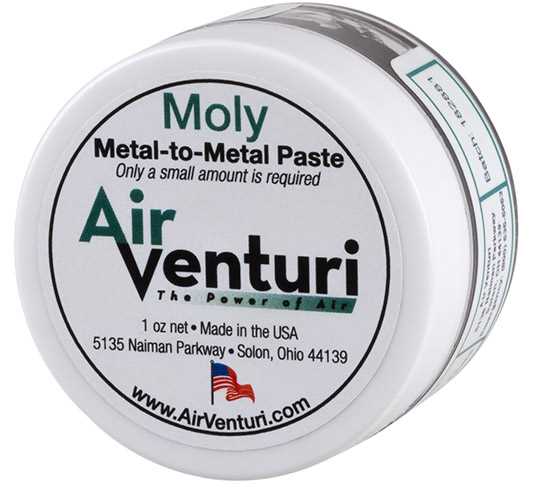 But here is the deal. If you have moly particles you can mix this stuff up at home! 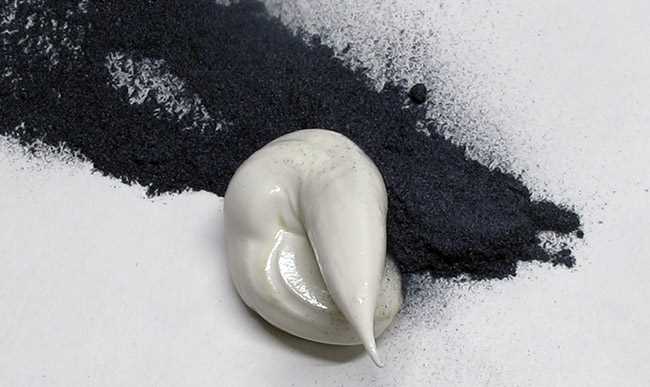 Want thinner moly grease? Mix it yourself. A dollop of White Lithium grease and a puff of moly particles and then…

And the beat goes on

Is there more? There is always more. I have undoubtedly skipped past the most important lubricants, and I’ve given you all weekend to hash it out! Let me get you started — Ballistol! 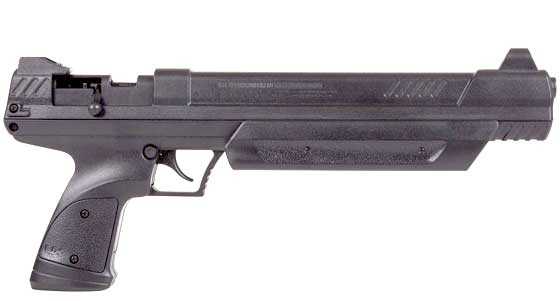 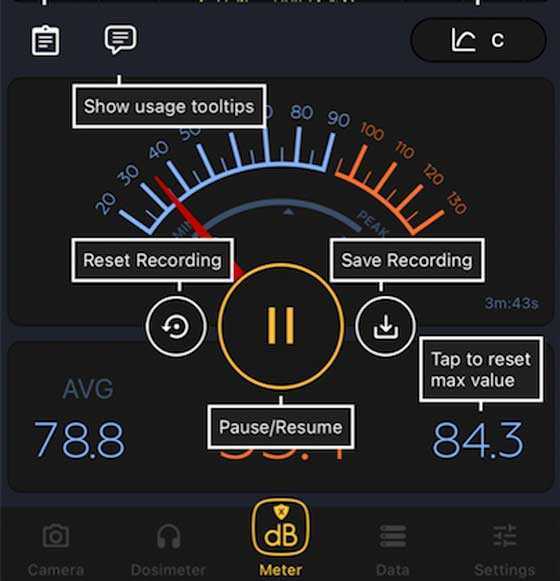