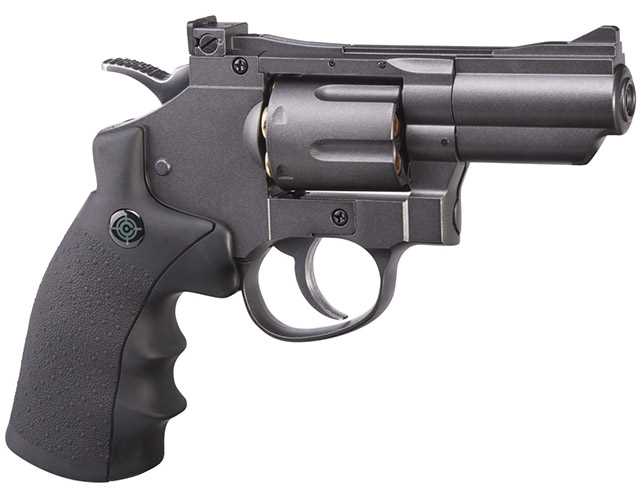 Today we start looking at Crosman’s SNR 357. It’s a dual ammo CO2 revolver that shoots both BBs and pellets.

Some say it looks and feels like a real gun. Well, that’s because it is. Drop it on your foot if you don’t believe it. What they mean is it looks and feels like a firearm. And it does resemble a Smith & Wesson model 28 .357 Magnum revolver that was made from 1954 to 1986. If it had a shiny finish it would resemble an S&W model 27 that started being made from 1935 and is still in production today.

The revolver weighs almost two pounds which adds to the feeling of realism. In my mind that makes it a lookalike airgun. 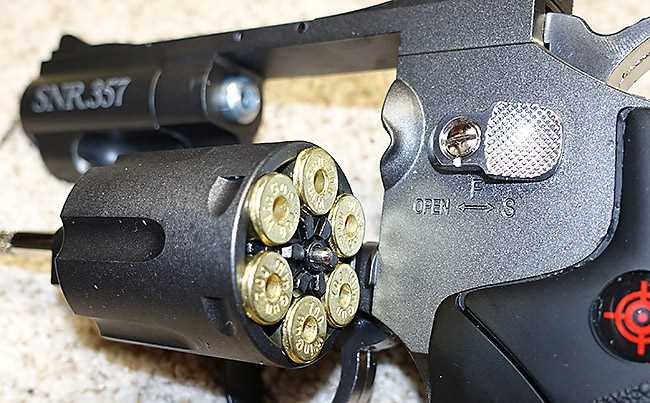 There is also a bolt that stops the cylinder at the rear. It is activated by pulling the trigger blade back.

Yes, the barrel does move as the revolver fires. So accuracy may not be the best. We shall see.

The barrel is bored smooth, so this is properly called a gun.  That works because it is both a BB gun and a pellet gun.

The clamshell package claims velocities up to 495 f.p.s. That’s more than just a wild claim for velocity; it’s a statement that allows the 357 to enter Canada as an air pistol and not a firearm. Canadian law says that airguns must shoot at less than 500 f.p.s., among other things.

Pyramyd Air claims a velocity of up to 400 f.p.s. That’s a wide disparity that we will have to check. I wonder who has a chronograph that can check such claims? This will be the first time I have used the Labradar chronograph to test BBs. Oh, boy — I can’t wait!

Yes, Agatha Christie, this revolver does indeed have a safety. The thumb button that slides forward to release the cylinder also slides back to put the revolver on safe. When it’s on safe neither the hammer nor the trigger move. This is a real safe safety!

Just like both Smith & Wesson revolvers — the 27 and 28 — the SNR 357 rear sight adjusts for windage and elevation. I feel no detents in the elevation screw but I do feel soft detents in the windage screw. The rear sight notch is a sharp square that defines the square-section front ramp. I hope this revolver is accurate because I can work with these sights. 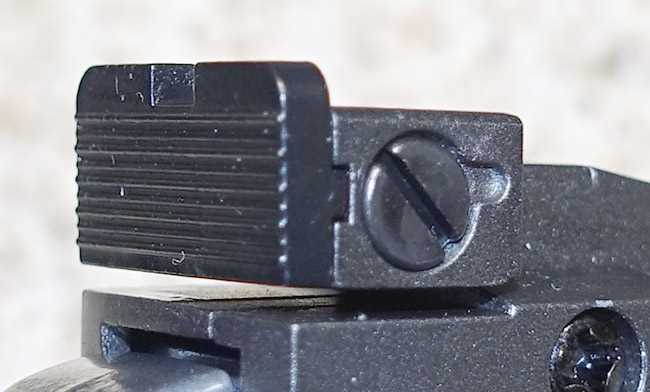 You may not be aware of it but some S&W revolvers have special wide hammers and trigger blades. These are called target hammers and target triggers. The hammer on the SNR 357 looks like it wants to copy the S&W hammer, but something was lost in the translation. The trigger isn’t wide, but it does feel good.

The hammer on the SNR 357 seems to want to copy the S&W target hammer. The SNR 357 trigger doesn’t copy anything, but it is comfortable. 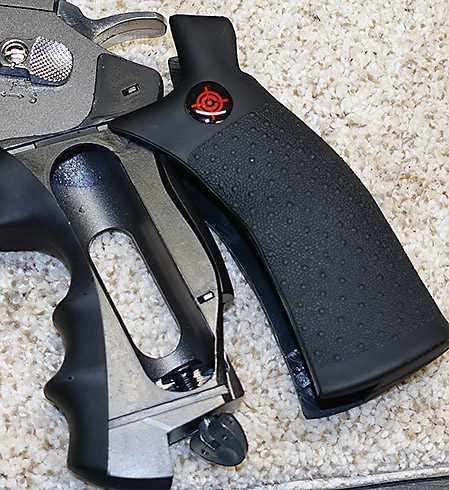 Grip back to install and remove CO2 cartridge.

I was initially going to make comparisons between this gun and Crosman’s Vigilante revolver that I reviewed for you back in 2020 and 2021. But the two guns are nothing alike. The SNR 357 stands on its own. If you like revolver airguns, this one may be for you.