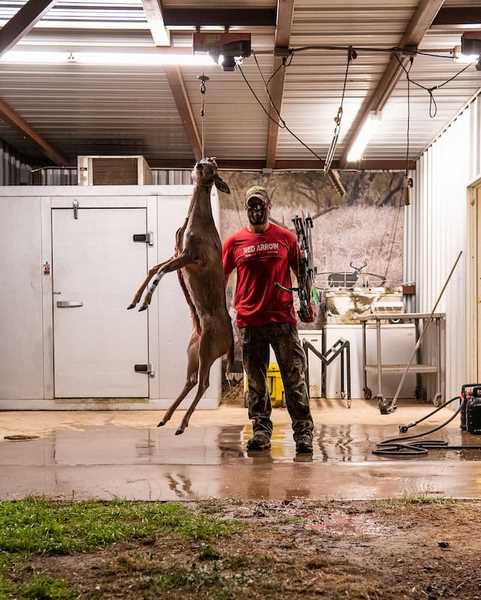 Most whitetail hunters — even those who wouldn’t consider themselves trophy hunters — get much more satisfaction and excitement out of shooting a buck than a doe. You can’t eat the antlers, but there’s just something special about bagging a buck.

When hunters think about filling the freezer for the year ahead, though, they set their sights on does. Higher bag limits, more opportunity, balancing out the herd — filling doe tags can be important and just plain easier.

For several reasons, many experts suggest doing this in the early archery season before zeroing in on a target buck. Although it’s generally better — and easier — to take does early, you can still fill a few antlerless tags after you’ve killed a buck.

One advantage to waiting until the late season after you’ve already filled your buck tag is you’ve likely had a better chance to truly assess the deer herd and determine if harvesting some does — and how many — is in order. Later usually means colder temps too, which is always better when it comes to preserving meat.

The downside is many herds have already been hunted hard, and even does can be wary this time of year after all that pressure.

But does still need to feed and hunker down, so focusing your efforts on food sources and cover can help you be successful in the late season. After being chased by bucks, does too will be worn down. As they recoup, determining feeding patterns will be relatively easy this time of year.

If your time to get out is limited, opt for hunting conditions that push deer out of bedding during daylight hours — days with high barometric pressure, cold temps, and heavy snowfall.

1 thought on “Taking Doe After Harvesting a Buck”