Taurus airsoft guns are well known in the industry with a rich international history but made right here in the USA. In 1941, Forjas Taurus (Taurus Forge), a small tool manufacturer in Porto Alegre, Brazil, produced its first Model 38101SO revolver. It combined elements from Smith & Wesson, Colt, and select Spanish-made weapons. As sister companies with S&W, the Taurus brand was able to share technology and advances in technology and manufacturing.Today, Taurus makes airsoft guns and accessories that you can buy at Pyramyd Air.

The first Taurus firearms to reach the U.S. arrived at distributors here in 1968 in Albany, New York. Taurus continued to grow throughout the 20th Century and today continues to design and engineer new and innovative firearms. In 2019 the company moved to its new 200,000 square-foot manufacturing facility and corporate headquarters in Bainbridge, Georgia, which has provided a deeper bench of production and engineering capacity and capabilities. They are now one of the top five handgun makers in the U.S. Taurus has recently won awards such as "Manufacturer of the Year" and "Handgun of the Year" from industry and media leaders.

Taurus continues to thrive on a reputation of innovation and developing new technologies, such as the Judge, a revolver which can shoot both .45 caliber bullets or .410 shot. Today Taurus guns are used by defense teams, law enforcement, competitive shooters and hunters. They continue their legacy of a customer-first approach and a commitment to firearm competition and safety.

The Taurus PT-92 also comes with a 13 round magazine and produces a velocity of 344 fps with .12g BBs). It also has a Weaver accessory mount for a laser sight or a flashlight. And while the PT-92 does not have any blowback, it means you get more shots out of each 12gm CO2 cartridges. Get yourself an additional magazine, the Taurus 24/7 G2 Airsoft CO2 magazine (not included), which gives you 18 more rounds to shoot before you have to reload.

The PT92 is a great way to get started with air gunning. Get yours at Pyramyd Air!

Showing items 1-2 of 2
Sort by: Featured 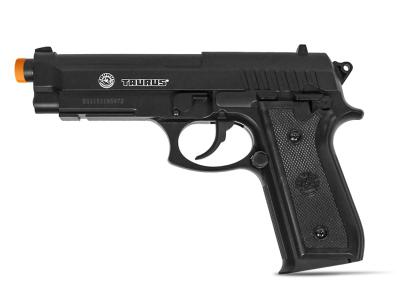 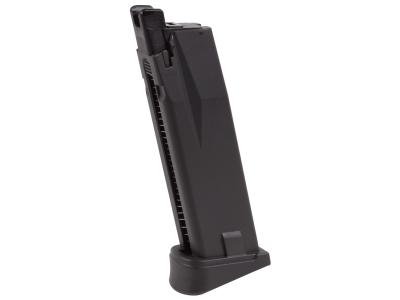