Customer Reviews for Crosman B272 4-Pc 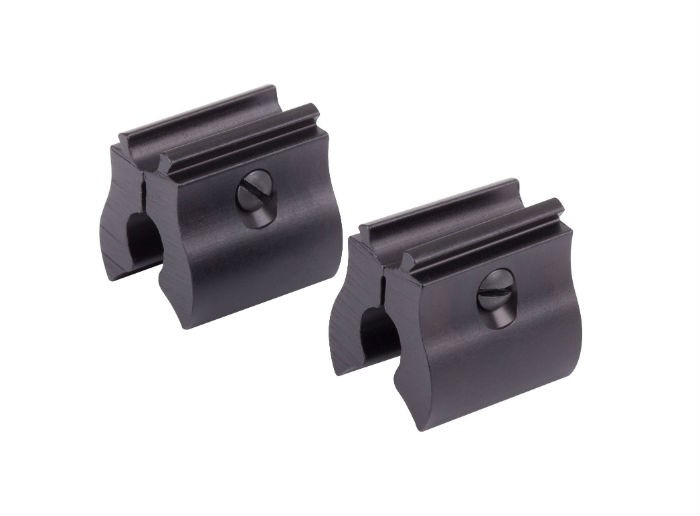 Things I would have changed: I didn't find any problem with these mounts.

What others should know: I don't understand why there are so many bad reviews of the Crosman B272 4-Pc Intermount. They worked perfectly for me. I used them to mount a Simmons Red Dot sight on my 1950's .20 Sheridan Blue Streak. Bought mine at Queen's Mountain Outfitters and they were listed as 4-Pc Crosman Intermount 397/392/Pistol. Looks just like the Crosman B272 4-Pc Intermount. On my .20 Sheridan, they tightened securely and had plenty of tightening capability left, so the should work just as well on a .177. Here's a thought. Something I just noticed. Look closely at the picture of the Crosman B272 4-Pc Intermount above. There is a difference between the mount on the right and the mount on the left. Both of my mounts were like the one on the right, with the gap between the two pieces. The gap is caused by a shoulder at the top that prevents the two pieces from touching any where except at the very top and the very bottom of the flat surface between the mount halves. Each of the 4 pieces should have that shoulder at the top of the mount where the two pieces are meant to mate. It extends out about 1/32" and causes a 1/16 gap between the two pieces. That shoulder allows the part of the mount that grips the barrel to close to a smaller diameter (1/16" smaller) and thus grip tighter than if the shoulder wasn't there. I would suggest that , if you receive a set without the shoulder, send them back as defective. EDIT 26 March 2010: I just finished zeroing the Red Dot scope, using Exact Diabolo pellets, at 30 yds. It took two groups of three shots to zero the scope. The third group of three shots drew an l in the dead center of the target that was 3/8" tall(all shots touching and in vertical alignment). I'm really impressed with this setup.

Things I liked: These mounts are inexpensive and easy to find online or in stores.

Things I would have changed: It is a bad design. The way they mount I could not get them to stay tight. I ended up taking the scope off of my Benjamin 392 and getting a Williams Peep Sight.

What others should know: I just found a mount made by a different company that I am going to order and put the scoop back on the 392.