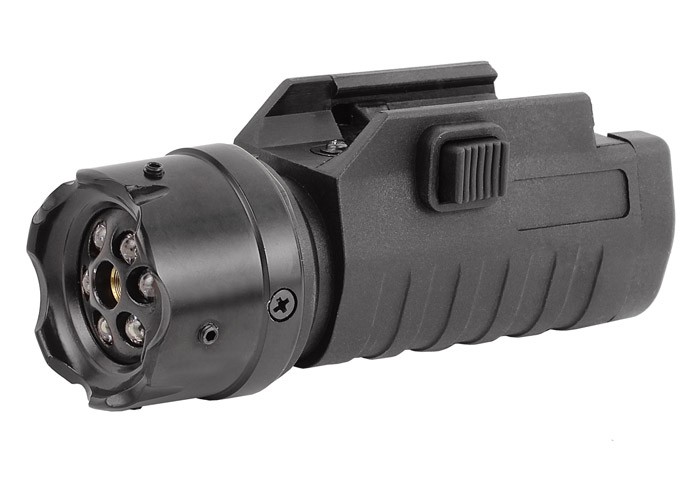 This ASG Tactical Light / Laser has been an excellent investment. I mounted this accessory on a Swiss Arms P92 BB pistol. When I first purchased the Swiss Arms P92, my shots hit near the bottom of the target when I aimed the pistol by leveling the front and rear sights on the target center. Attempts to adjust my aim high without a consistent focal point produced inconsistent results. This ASG Tactical Light / Laser has solved that problem. After sight in, the laser dot on the target gives me a consistent aim point that produces consistent tight groupings on target center. The ASG Tactical Light / Laser has also made it easier to train myself to shoot with both eyes open rather than with one eye closed. When shooting with the blade and notch sights, I have to close my left eye in order to focus my view well enough to see the sights. This accessory has made this P92 much more accurate and fun to shoot.

The mounting is not as secure as it should be. The P92's blowback action does cause the accessory to creep forward on the rail. One thing that could be done to tighten the mounting is to remove the spring clip, and using a pair of needle nose pliers, bend the clip downward more. The more the clip sticks up, the more it will press against the rail and prevent the accessory from moving. The manufacturer should also consider making the mount capable of securely locking into the groove in the mounting rail. Despite that, I still rate this accessory highly and recommend buying it, especially if you have a Swiss Arms P92 like mine that shoots low using only the fixed sights.

This ASG Tactical Light / Laser has three operating modes: (1) laser only, (2) light only, and (3) combined laser and light. The laser alone is bright enough to be seen on the target in a brightly lit room at a distance of at least 10 meters. In a fully dark room, the light is bright enough to illuminate the target at a distance of at least 10 meters, and the laser can also still be seen on target in the combined laser and light mode at that 10 meter distance. I have not tested this accessory outdoors. The tactical light / laser is easy to operate. A small switch on the side of the back cover turns the accessory on. The first click turns on the laser only. The second click turns on the light only. The third click turns on the laser and light at the same time. The fourth click turns the accessory off. So far after multiple shooting sessions on a Swiss Arms P92 BB pistol with blowback, the ASG Tactical Light / Laser is still holding its sight-in adjustments.

Flashlight is not bright enough!

Flashlight uses AAA batteries, so is not rechargeable, and is not bright enough.