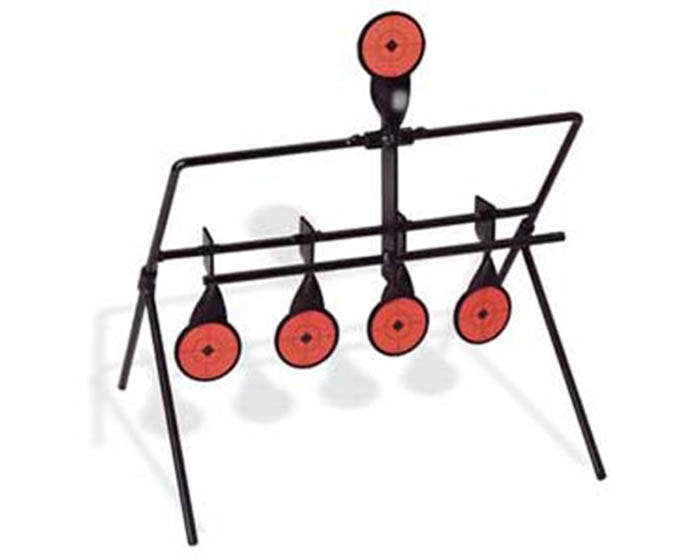 Better than I expected. Works the way it should. Very happy with it.

I'd prefer if it was made so that the legs could lock into place. I epoxied them because I won't need to knock it down flat. Wish it came with more target stickers.

Handy, and pretty well made, other wise, there isn't much I like.

The supporting legs should be able to lock in place, to keep the target from falling over. The targets don't flip up and stay there, otherwise it's just OK.

This is an OK target, but I think there are other's that do a better job. I personally like the Splatterburst over this.