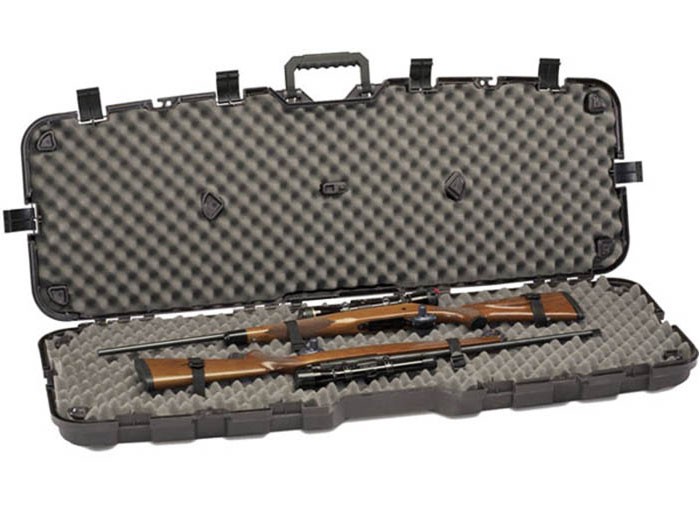 Plenty of room hold down straps keep your rifles secure

Clips are a bit flimsy and easily come off

With two guns I could do with a trolley as the case on its own plus two guns is damn heavy.