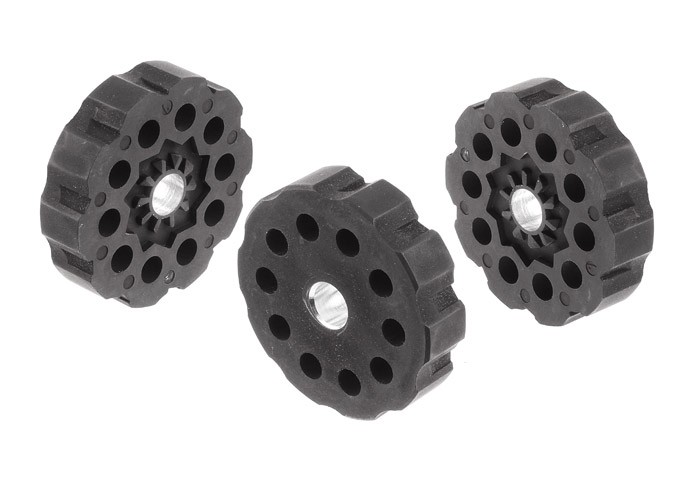 Let's see. You get 50 good shots with a co2 cylinder. You get two mags with the gun. With three extra mags it's very easy to know when to change co2 cylinders to avoid a pellet from getting stuck in the barrell because there wasn't enough power.

If your going to purchase the gun, get at least an extra pack of mags.

Make available in silver finish. AND, See below.

Absolutely unsuable. Holes in cylinder too big to hold pellets in place. Result: Pellets fall out in pocket, while being handled, and worst of all, in gun itself, thereby jamming the gun and requiring disassembly of gun to clear the jam. This is a known problem going back several years (see prior reviews)and is long overdue for correction. Get on it, Pyramid. I have on order several different pellet sizes to see if the problem can be salvaged by the user, but this should not be necessary, Pyramid.