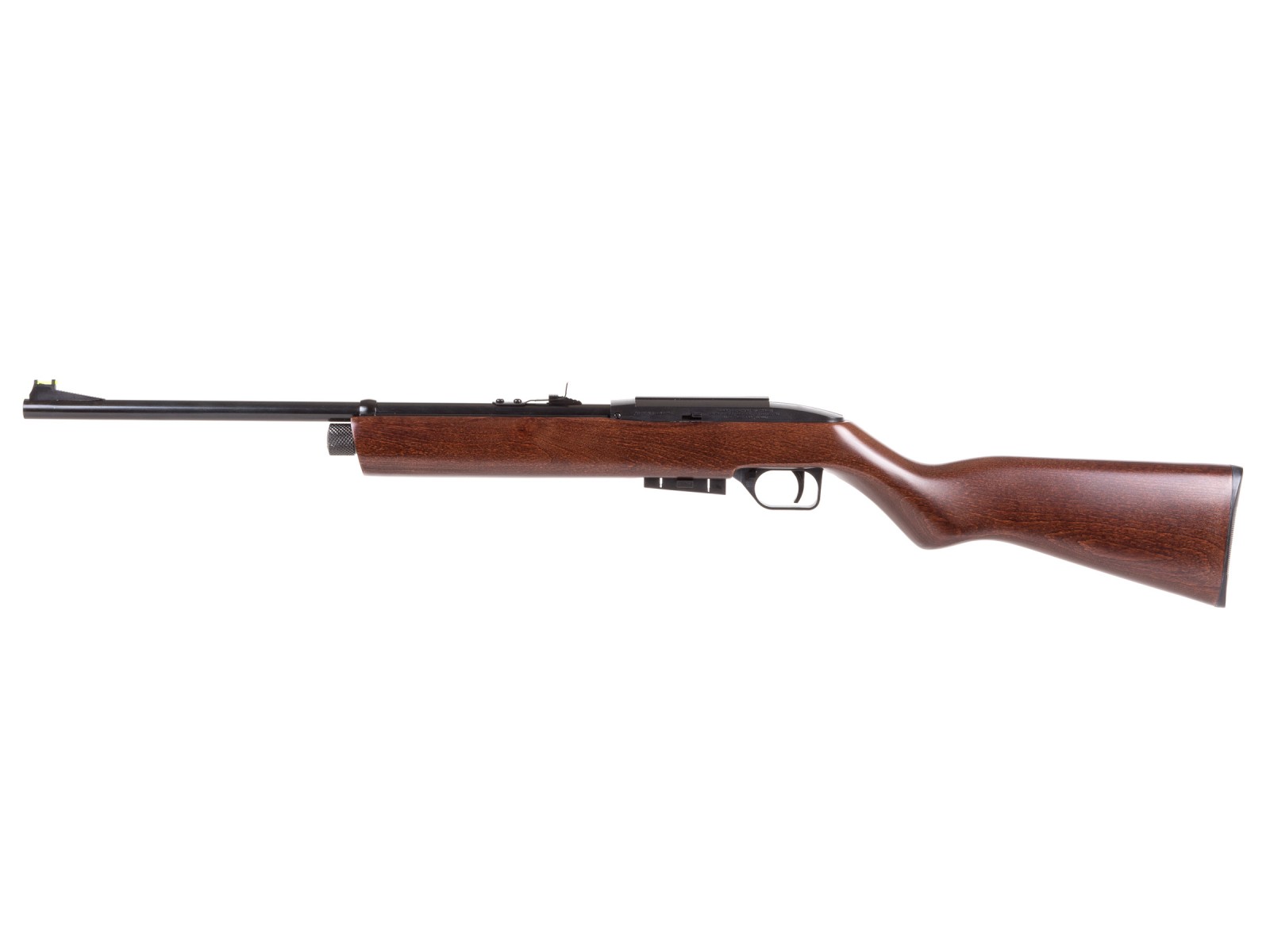 Things I liked: The wood stock! -As a teenager in Hawaii, I had one of the first, original plastic stock versions when K-Mart opened on Maui back in the mid 90's ...about the same time Crosman released this airgun. Lots of great memories with this, and really glad I jumped on this wooden stock version while Pyramyd Air had them available. Feels great to own one of these again!

Things I would have changed: For $100 bucks, not much...its totally worth the extra $35 bucks to get this wood stock version-especially as hard as they are to come by... ~However~ in my opinion, I think the Crosman cooperation makes enough money it wouldn't hurt for them to throw in one of those 3 packs of extra clips, and/or and extra magazine. -And while I'm on the subject... as with the 1377, 1322, and 2240, maybe introduce a steel breech kit. Its just an idea, and I know the cost would go up, but for a Crosman rifle that's this popular and having been in production for 20 years, I'm just saying.

What others should know: Out of the box and after mounting my UTG 4x32 Mil Dot scope that I bought with it, I was able to destroy (rip out) the center of 3 soup cans at 25-30 feet. The accuracy of this rifle is incredible-for the lack of a better word! From a bench rest, and from the about the same distance, near 0" groups are not impossible. Through the scope, it was easy to watch the last 11 rounds in the clip go right through the hole from the 1st pellet! Also, this thing is QUIET for a CO2 gun! -Even more so then my Stoeger X-20 Suppressor. As far as CO2 goes, I got 3 full clips (36 rounds) on the first cartridge before it started loosing power. At that point, I still got another full clip in before accuracy started going south. So (at least with my gun) you can get about 50 rounds on a singe cartridge, which is great for a 12g CO2 gun! With ammo, so far I've use Crosman match grade and destroyer pellets. Clips seem to handle them well, and all with a nice snug fit. So buy more clips, co2 and have a blast!

Things I liked: Nothing

Things I would have changed: Eliminte the product

What others should know: Right out of the box, fails to extinguish proper co2 to propel pellet, causing jam and trigger mechanism. Returned for refund yet, 10 days later, no refund... Extremely disappointed, all around!!!