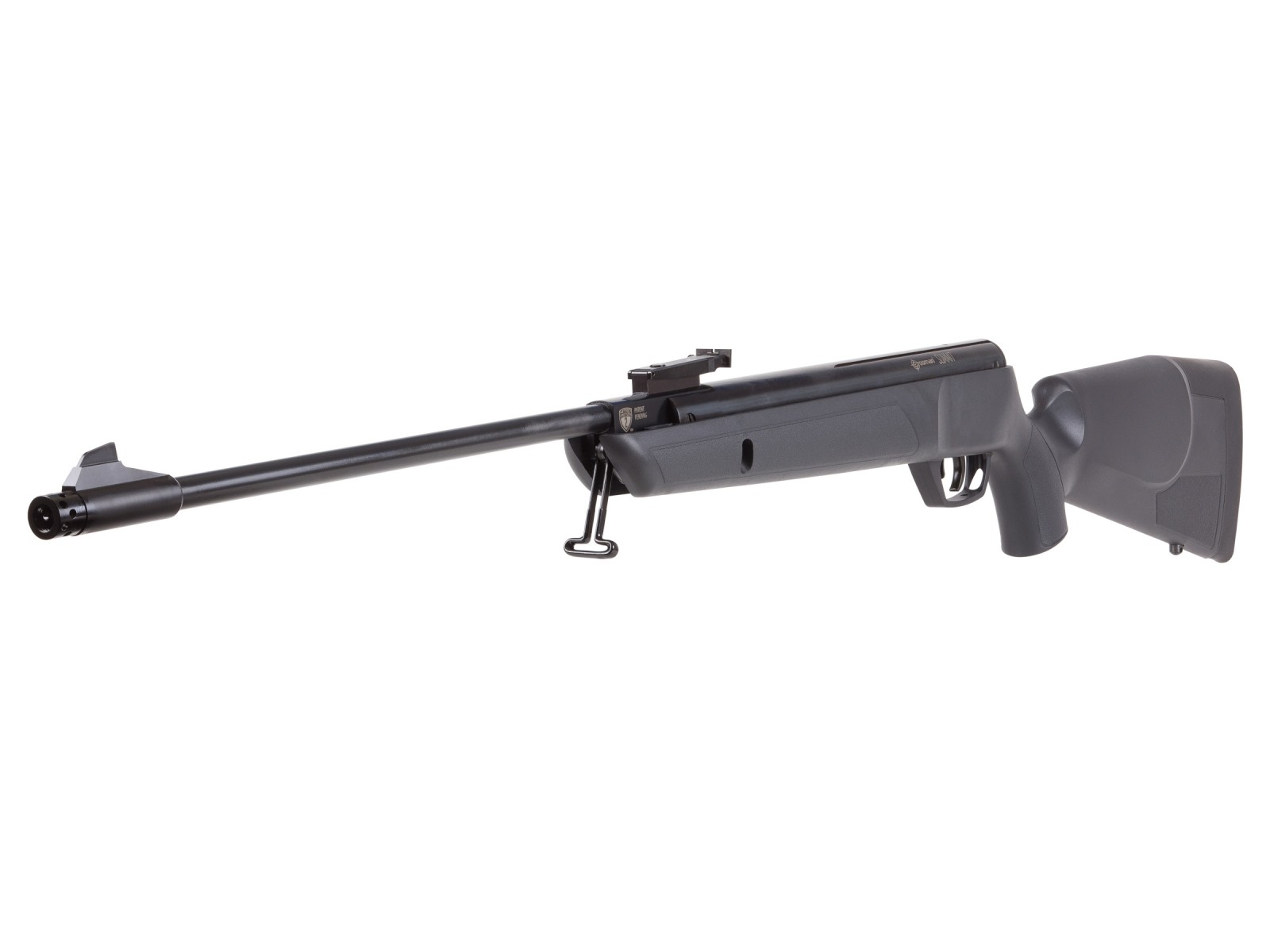 Things I liked: This gun is everything I expected and hoped it would be. Being a new Crosman product, there were no reviews when I decided to go for it. I figured though that it would combine the best of other rifles in a lower priced package. Spot on! Weight and balance are very good - light enough to carry around, with enough heft to steady the aiming. The synthetic stock is light and rugged and looks really cool. Crosman rates the FPS at 1150, but PA places it at 1400. I think the PA rating is more correct - it packs a lot of power, and that makes for a level trajectory at longer distances. The rifle is zeroed out of the box. I like that the gun comes without a scope, which is very easy to attach, the Winchester 4x32 AO in my case. Sighting in with the Sightmark Triple Duty Universal Bore Sight was surprisingly easy. It took only 3 adjustments of the scope to hit the bullseye.

What others should know: The muzzle break can be unscrewed, and the front sight pulled off, in order to attach the Sightmark bore sight magnetically to the barrel. Reattaching the muzzle break and front sight, however, means the rifle will have to be sighted in if the open sights are to be used. This rifle is powerful enough to hunt small game at 40-60 yards, at which distances I would consistently use a scope, so that's not an issue at all.

Things I liked: Easy to cock. Has plenty of Power in .177

Things I would have changed: this rifle has some Problems- Had to tighten the rear sight shortly after i got it, When I fixed that the front sight came loose and just spins around. (I Removed the sights front and back)

What others should know: Buy another Crosman Rifle ! (I have a .22 Crosman Diamondback SBD that works great)