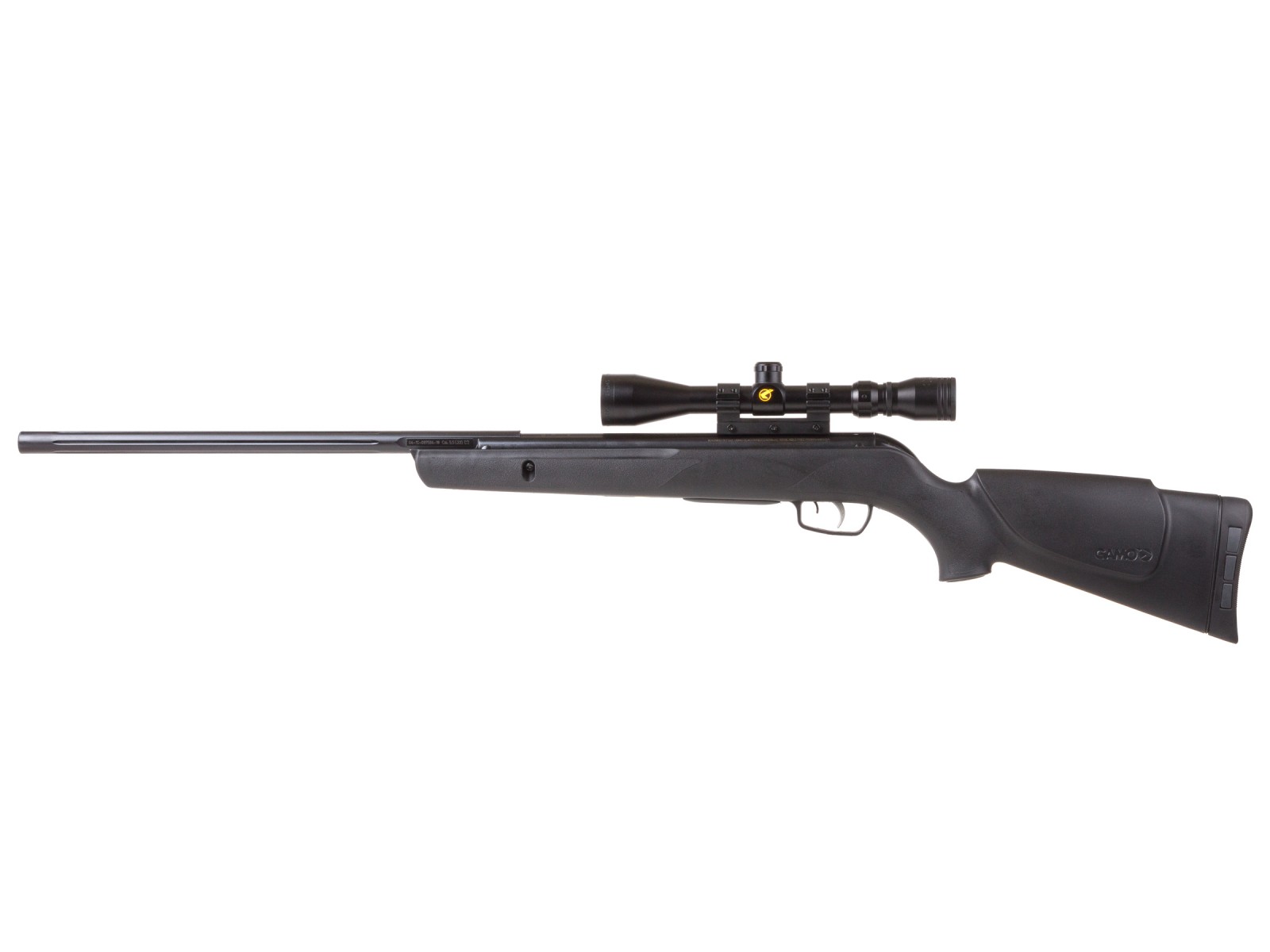 Gamo Big Cat
Product DetailsItem comes in various specifications. Check product details to select what is best for you.

Things I liked: For under 139.00 dollars its hard to beat .easy to cock great power and the scope is not bad at all. I hear some people complain about this bb gun all I can say build one better under a 139.00 dollars. I thought so. over all great power its plain looking no bells and whistle just a simple powerful more bang for your buck bb gun. great job gamo

Things I would have changed: most triger are plastic so what I dont buy a gun becuse it has a metal triger I buy it becuse of its performance- power and is it accurate

What others should know: great price great power hard to beat

Things I would have changed: Accuracy of the gun needs a HUGE boost. My friend and I have zero'd in this rifle so many times it is stupid. It keeps going out of whack no matter what we have tried to do to fix the problem. The gun fires wildly. When I called into Pyramyd, they agreed that it has a wild feel to the recoil, which I can't explain. Sometimes it feels like the barrel is jumping up, other times, it almost gives you a feel that the gun is twisting when fired. It is hard to tell what the recoil is doing to be honest, it just feels all over the place. I used to fire my dads .243 rifle, and although it kicked pretty bad, it never felt unmanageable like this simple pellet gun does. With this gun, there is no way to stay on target to get off a second shot quickly, or to even tell where you hit while looking through your scope because it jumps so bad. The piston version isn't anything I have fired, but I would guess that it would probably be night and day compared to this version. We noticed the scope is sliding backward on the rails, which I am sure is the problem with the accuracy. At the back of the rail (closest to your face when aiming), is a plastic cap (instead of metal which could act as a stop to keep it from sliding). The gun jumps so bad, it moves the scope, no matter how hard we crank down on the screws, and we have tried two scopes now. The plastic cap is getting bent all up from the scope sliding. That plastic cap needs to be metal, or the rail needs more edge to bolt onto.

What others should know: This turned out to be a completely useless gun, and therefore a waste of money. We can't shoot a single thing with it due to its inaccuracy, which is prompting me to look into purchasing a completely different gun. Biggest problem is that we missed the 30 day window since we didn't expect it to be a problem and didn't run around firing it immediately. Now it is pretty much trash. :(